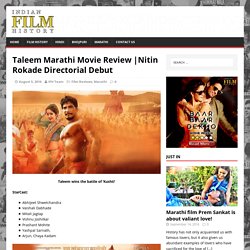 Dislike: Stumbles and falters, drives in rough terrain, but recovers, anyway. Synopsis: Hated and betrayed, witness the tale of an underdog wrestler who makes a comeback against all odds. Story: The whole film revolves around a wrestler and his life journey. Director Milind Kavde shot ‘1234’ with 26 artistes in 26 Days. Director Milind Kawde who is known for his films like Yedyanchi Jatra, 4 Idiots, Just Gammat and Shinma is back this time with a suspense thriller titled ‘1234’. 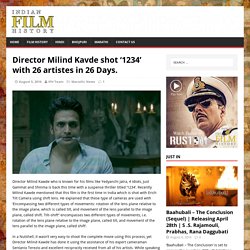 In a Nutshell, it wasn’t very easy to shoot the complete movie using this process, yet Director Milind Kawde has done it using the assistance of his expert cameraman Sentanio Terezio and excellent reciprocity received from all of his artists. Amusing and heart-warming. Disco Sannya is amusing! 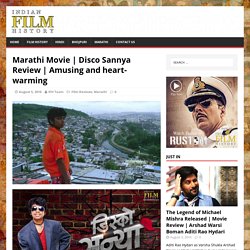 StarCast: Paarth Bhalerao as Disco SannyaSanjay Khapre as Shreyas Kale Director : Niyaz Mujawar. Strictly for action lovers. If you love action and thrills, this is your cup of coffee! 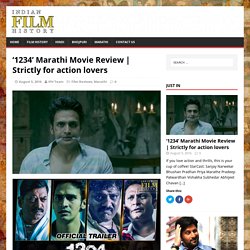 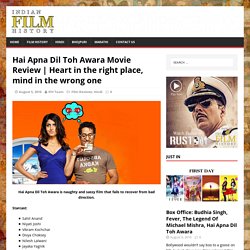 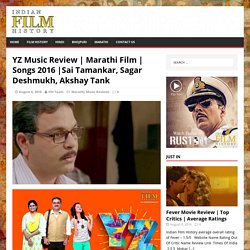 YZ is a romantic drama film scheduled to release on 12th August 2016. Antara an 18-year-old based in Pune meets 32-year-old Gajanan by chance. Trapped in an indeterminate state and not able to undergo metamorphosis from a young man to an old man, Gajanan is struggling to make sense of where his life is driving himself.. The movie shows how even the slightest of self-confidence and assurance can do wonders for a person with an identity crisis. YZ is directed by Sameer Vidwans and produced by Sanjay Chhabria and Anish Joag under the Everest Entertainment and Pratisaad Productions banner respectively. Rishikesh, Saurabh, and Jasraj composed music for the film. Sai Tamankar, Sagar Deshmukh, Akshay Tank. 1st Day Box Office Reaction.

Maharashtra is battling with persistent flooding and rainfall – and so are Marathi Films! 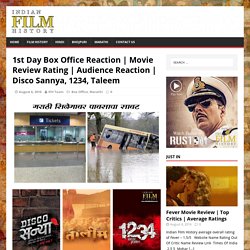 As heavy rains pounded Maharashtra affecting normal life due to water logging, the scene wasn’t quite different in the theaters as the movies struggled to pull crowds. While Chaurya makers postponed the release of their film exhibiting symbolism by making a fine gesture of sensitivity, the box office witnessed a triangular clash between Disco Sannya, 1234 and Taleem. Strictly for action lovers. The Legend Of Michael Mishra Official Trailer. Box Office.

Amusing and heart-warming. Arshad Warsi starrer ‘The Legend of Michael Mishra’ may stutter at the box office. Whether it’s the role of circuit from Munnabhai series, or a disorganised lawyer in Jolly LLB, Arshad Warsi boasts an excellent sense of humour that always leaves the audience in splits. 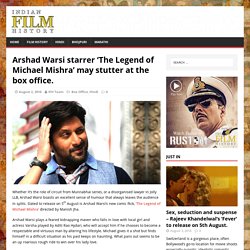 Slated to release on 5th August is Arshad Warsi’s new comic flick, ‘The Legend of Michael Mishra’ directed by Manish Jha. Arshad Warsi plays a feared kidnapping maven who falls in love with local girl and actress Varsha played by Aditi Rao Hydari, who will accept him if he chooses to become a respectable and virtuous man by altering his lifestyle. Michael gives it a shot but finds himself in a difficult situation as his past keeps on haunting. What pans out seems to be an up roarious rough ride to win over his lady love. The highlight of the film is, of course, Arshad Warsi and Boman Irani duo – who have been seen in films such as the Munna Bhai franchise, and have been a colossal hit with the audience. The Legend of Michael Mishra Released. Aditi Rao Hydari as Varsha Shukla Arshad Warsi as Michael Mishra Sumeet Samnani as Tiwari’s son Saloni Batra as Audition Girl Yuri Suru as Jailor. 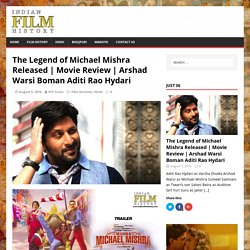 Rajeev Khandelwal. Budhia Singh – Born to Run Trailer Review. National Award winning actor Manoj Bajpai who was last seen in critical acclaimed film ‘Aligarh’ is back with another Biographical film based on World’s youngest Marathon Runner Budhia Singh who had completed up to 48 marathons till the age of four, directed by Soumendra Padhi ‘Budhia Singh – Born to Run’ which is also based on an Award winning HBO feature documentary Marathon Boy features Mayur Patole who is playing the character of Budhia Singh and Manoj Bajpai plays his coach Biranchi Das. 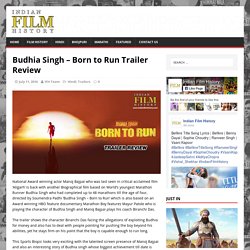 The much anticipated ‘Kala Chashma’ song from ‘Baar Baar Dekho’ movie is finally out. The revamped version of the 90s bhangra song has Katrina and Siddharth bouncing in carnivalesque fashion from what looks like the party song of the year. The 2.0 version has all the Punjabi elements which will have young, adult and old grooving in parties and weddings. Marathi Movie 2016. A Flying Jatt Title Song Lyrics. Music Review – No great shakes. Happy Bhag Jayegi Music Album Review: No great shakes!

Rating: 3/5. Tay Hai Song Lyrics. Disco Sannya, Chaurya, Taleem, 1234. It’s a quadruple clash at the Box Office as four Marathi films Disco Sannya, 1234, Chaurya and Taleem are set for release on the same day, 5th August. Marathi film titled ‘Disco Sannya’ is the first production by Vakav Films. The film has already generated some curiosity with its promotional song rendered by Avadhoot Gupte. A total clandestine approach has been taken by the makers as they have decided to stay reticent about the story as well as the casting.

Mr. Sachin Purohit and Mr. Marathi Movies Box Office Report 2016. Marathi cinema is in its golden years. Not only the movies have augmented remarkably in their content, but they have also started showing the results at the ticket counter. Here’s a special report on the box office collections of 2016: The Nana Patekar starrer melodrama Natsamrat created a furor box office at the beginning of the year. The story of retired thespian being mistreated by his children touched the heart of the cinema goers. Nana Patekar delivered one of the finest performances. Akshay Kumar & Rajnikanth in Robot 2. Rajnikanth’s Kabali is a success, next Thalaivar to work with Akshay Kumar in Robot 2 After Kochadaiiyaan and Lingaa botched, much was expected of Kabali from Rajnikanth’s fans as well as the film industry, and the producers will breathe a sigh of relief to know that it’s a decent winner already.

Although the movie opened to mixed response from the industry, the collections in the north were modest, and down south the movie is already a blockbuster. A good beginning is half the battle, and Kabali proved it with theatrical and other rights getting sold for a whopping Rs. 200 crore. The film also acquired money-spinning endorsement deals, which further helped construct an excitement around the film. A Flying Jatt Music Review. Toota Jo Taara Song Lyrics. Marathi Movie ‘Chaurya’ already grabbing eyeballs for the unique Accessibility Format. At the beginning of 2016, ‘Lord of Shingnapur’ – a Marathi movie revolving around the faith in Shani God – was released. Of late there was also hullabaloo over restriction on women from entering inner sanctum of the temple which created a fracas between religious groups and the government. In the end, the temple threw open its doors to women, ending a centuries-old ban that had been challenged in courts.