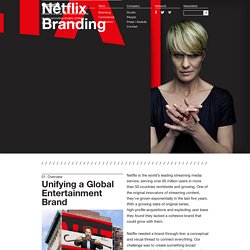 One of the original innovators of streaming content, they’ve grown exponentially in the last five years. With a growing slate of original series, high-profile acquisitions and exploding user base they found they lacked a cohesive brand that could grow with them. Netflix needed a brand through-line: a conceptual and visual thread to connect everything. Our challenge was to create something broad enough for a global brand but still unique and identifiable. To create something variable yet systematic and bulletproof. Our solution: The Stack, a visual metaphor and an identity system in one. Over the better part of a year we partnered with Steve Gianakouros and the Netflix Global Brand Team to refine and implement The Stack. 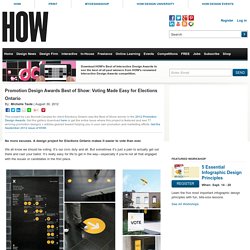 A design project for Elections Ontario makes it easier to vote than ever. We all know we should be voting. It’s our civic duty and all. But sometimes it’s just a pain to actually get out there and cast your ballot. It’s really easy for life to get in the way—especially if you’re not all that engaged with the issues or candidates in the first place. But what if it was just as easy to vote as it is to make excuses? Early on, the firm sat down and listed all the reasons you might not be able to vote: What if I can’t get a babysitter? Many of those excuses turned into a series of compelling posters with such humorously long URLs as iLostMyVoterCard.ca and CanSomeoneElseVoteForMe.ca. HOW judges took note of the passion and the results.

Perhaps most impressive is how inviting, fun and clear this government brand manages to be. Updating the brand color — from a teal green to yellow — proved an even tougher challenge. Nina Kazanova creates a tropical identity for virtual reality festival. Nina Kazanova captures the virtual world perfectly in the identity she’s created for Token, a virtual reality festival of the arts that focuses on new technologies and how they manifest themselves in our environment. 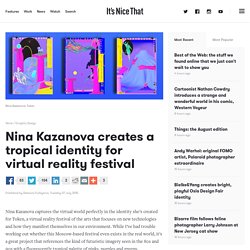 While I’ve had trouble working out whether this Moscow-based festival even exists in the real world, it’s a great project that references the kind of futuristic imagery seen in the 80s and 90s with a fluorescently tropical palette of pinks, purples and greens. Slick, silhouetted figures, animals and shapes dance across Nina’s identity and there’s a consistent focus on the visuals with information kept to the edges in neat type. Design, Illustration. Designspiration. Designspiration Search Color Discover Senior Designer needed at Battle Medialab Inc. 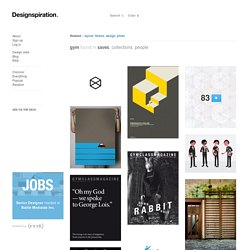 Related / layout, fitness, design, photo gym found in saves, collections, people Top. Istopor. 7 steps to designing a print-ready business card - Designer Blog. Business card design is never as simple as slapping the client’s logo and contact info onto a document and sending it off to the printer. 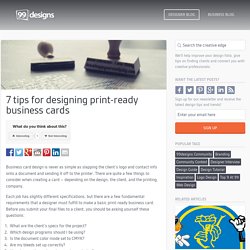 There are quite a few things to consider when creating a card – depending on the design, the client, and the printing company. Each job has slightly different specifications, but there are a few fundamental requirements that a designer must fulfill to make a basic print-ready business card. Before you submit your final files to a client, you should be asking yourself these questions: What are the client’s specs for the project? Mockup Zone. Mockup Zone – Branding Showcase Generator And Photos. Jessica Svendsen. Fundamental Elements of a Strong Logo. The permeation of media in today’s households makes it more important than ever before for companies to have strong branding. 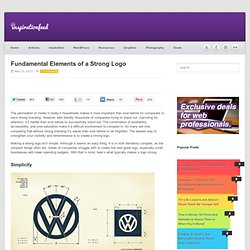 However, with literally thousands of companies trying to stand out, clamoring for attention, it’s harder than ever before to successfully stand out. The combination of availability, accessibility, and over-saturation make it a difficult environment to compete in. So many are now competing that without strong branding it’s easier than ever before to be forgotten. The easiest way to strengthen your visibility and remembrance is to create a strong logo. Making a strong logo isn’t simple. Simplicity The first element of any strong logo is simplicity.

Color Color also follows the simplicity rule. Don’t forget that many businesses will have to advertise in black in white, often with some regularity. Representative Not all strong logos are representative of the product they’re pushing. Distinctive All strong logos are extremely distinctive. Consistency. Information aesthetics - Data Visualization & Information Design. 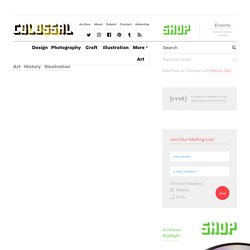 Fore-edge painting, which is believed to date back as early as the 1650s, is a way of hiding a painting on the edge of a book so that it can only be seen when the pages are fanned out. Update: Because this post is getting so much attention, here are some more amazing fore-edge paintings found on YouTube. 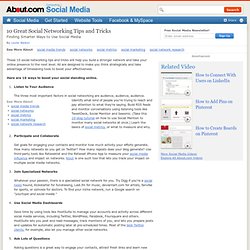