Relatable Illustrations Hilariously Reveal the Difficulties of Adulthood. When you're a kid, it's normal to dream about the freedom of adulthood. 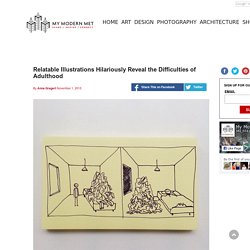 When you actually become an adult... you quickly realize that being a grown-up isn't always a walk in the park. There are moments in adulthood that are equal parts difficult and hilarious, and since laughter tends to be the best form of medicine, illustrator Chaz Hutton has decided to capture the humor of these experiences in his simple, straight-to-the-point drawings. Many of his works involve seemingly serious line graphs, pie charts, and diagrams that will make you laugh out loud. The best part is that all of Hutton's illustrations are wonderfully relatable, which makes viewers not only feel less alone in the obstacles they may face, but take comfort in finding the humor in shared daily frustrations. 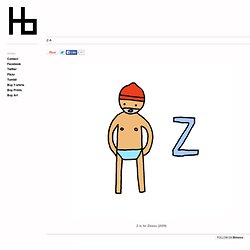 The Corkigami Chair. When we first stumbled across Carlos Ortega Design in 2012 at Feria Habitat Valencia, we were drawn to the creative designs and sheer quality of traditional woodworking techniques. 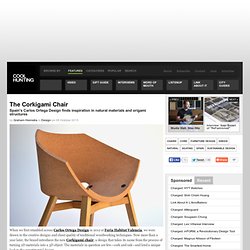 Now more than a year later, the brand introduces the new Corkigami chair, a design that takes its name from the process of turning 2D materials into a 3D object. The materials in question are few—cork and oak—and lend a unique look to the experimental design. "As we started to imagine a seat made entirely out of cork, everyone said it was impossible," explains lead designer Carlos Ortega. "Then we realized we had a challenge to work on. " The solution came in the form of a laminated cork shell, made from four layers of 4mm thick cork, held together with water-based PVA glue.

The cork seat, which Ortega says will not only support body weight, but mold to its user over time, sits atop a hand-oiled oak frame. A new day, a new poster. Forum Frenzy: 20 Years of Mobile Phones in Japan. Posted by Ray | 19 Nov 2012 | Comments (1) Tokyo Designers Week wrapped up a couple weeks ago, but NTT Docomo's remarkable 20th Anniversary Exhibition Future lives on online, supplemented by Japan-based forum member designobot's brief exhibition recap: The onsite event was a wall of 20 years of smartphones going left to right from oldest to newest. 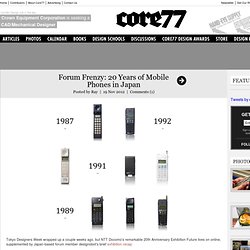 From the left were the black and gray brick types that were as boring as the more recent phones on the far right, black slabs. Right of the middle (early-mid 2000s) was where all the action was at. Phone in the picture, wristomo, was 2003. I wasn't able to find any images of the actual exhibition, but thankfully the exhibition website is as comprehensive as it is straightforward. Although Google searching didn't yield so much as a press release about the exhibition, I did find a brief history of NTT Docomo's "Evolution and Growth" over the past two decades, part of their 2012 Annual Report. Royal College of Art Unveils “Design For The Real World” Exhibition at London Design Festival Royal College Of Art exhibition Design For The Real World at London Design Festival. 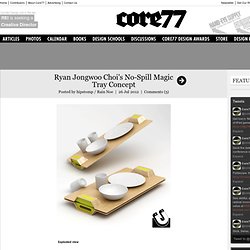 Choi wanted to design a tray that would make it easier for restaurant servers to carry dishes, bowls and plates with little danger of spilling them. The Magic Tray thus has interior magnets, as do the dishes and vessels themselves; hence everything sticks fast to the tray. Choi's design cleverly calls for springs inside the tray that, when the tray is set down, release the magnets from the underside of the top surface of the tray. Thus the dishes and such can then be removed. There are a couple of potential issues, like with the design calling for the embedding of magnets in the undersides of the dishes themselves. 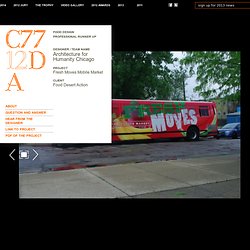 The Nutshell: In plain language, tell us what your project is, what it does, and what it’s comprised of. Fresh Moves Mobile Market is an one aisle grocery store, retrofitted within a decommissioned public transit bus, restoring fresh produce access to food deserts across Chicago. 2. The Brief: Summarize the problem you set out to solve. What was the context for the project, and what was the challenge posed to you? Over 500,000 Chicago residents live in food deserts, primarily on the south and west sides of the city. Eliminating the real estate aspect of business investment will reduce start-up costs and lower risk for the new enterprise. 3.

The Fresh Moves prototype has a variety of parameters that govern the project with two primary functions in mind—the provision of fresh, healthy produce and the education of neighborhood residents on ways to prepare and incorporate into their lifestyle the food they purchase. 4. 5. 6.