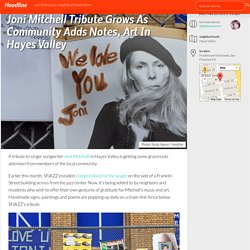 Earlier this month, SFJAZZ installed a large tribute to the singer on the side of a Franklin Street building across from the jazz center. Now, it's being added to by neighbors and residents who wish to offer their own gestures of gratitude for Mitchell's music and art. Handmade signs, paintings and poems are popping up daily on a chain-link fence below SFJAZZ's tribute. SFJAZZ honored Joni Mitchell with a lifetime achievement award this year—an event she was planning on attending before she fell ill several weeks ago. In reaction to her health concerns, the event took an even-more honorary tone, and the circumstances surrounding her health spurred the community into action. Marshall Lamm from SFJAZZ says the center supports the community's interaction with their tribute. Peter Sarstedt Official Website. Glossary Terms - Poetry Foundation. Often used in political speeches and occasionally in prose and poetry, anaphora is the repetition of a word or words at the beginning of successive phrases, clauses, or lines to create a sonic effect. 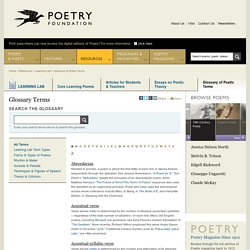 Dr. Martin Luther King Jr.’s famous “I Have a Dream” speech, which uses anaphora not only in its oft-quoted “I have a dream” refrain but throughout, as in this passage when he repeats the phrase “go back to”: Go back to Mississippi, go back to Alabama, go back to South Carolina, go back to Georgia, go back to Louisiana, go back to the slums and ghettos of our northern cities, knowing that somehow this situation can and will be changed. In Joanna Klink's poem “Some Feel Rain,” the phrase "some feel" is repeated, which creates a rhythm and a sense of an accumulating emotions and meanings: Some feel rain. In its ghost-part when the bark slips. What Are Different Types of Poems? Poems are collections of words that express an idea or emotion that often use imagery and metaphor. 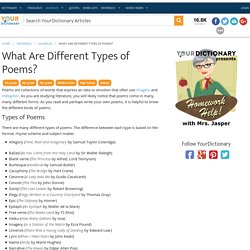 As you are studying literature, you will likely notice that poems come in many, many different forms. As you read and perhaps write your own poems, it is helpful to know the different kinds of poems. Types of Poems There are many different types of poems. The difference between each type is based on the format, rhyme scheme and subject matter. True colours. Hotel california video oficial. Joni Mitchell. The National Library of Ireland - The Life and Works of William Butler Yeats - Online Exhibition.

Poetry Organizations &Websites. An interactive learning tool that can help you understand what makes metered poetry in English tick. Leonard Cohen — Free listening, videos, concerts, stats and pictures at Last.fm. Stones in the Road - Mary Chapin Carpenter. Stones in the Road was an eagerly awaited album from Mary Chapin Carpenter; the runaway success of Come On Come On established her as a bona star in the country and up-and-coming AAA radio formats. 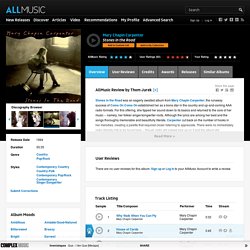 For this offering, she tipped her sound down to its basics and returned to the core of her music -- namely, her folkier singer/songwriter roots. Although the lyrics are among her best and the songs thoroughly memorable and beautifully literate, Carpenter cut back on the number of hooks in her melodies, creating a palette that required closer listening to appreciate. There were no immediately radio-friendly hits to be found here -- though radio did indeed pick up on it and the album did exceptionally well. Lady Lazarus. Read poems by this poet Sylvia Plath was born on October 27, 1932, in Boston, Massachusetts. 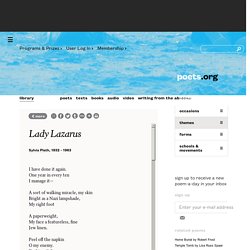 Her mother, Aurelia Schober, was a master’s student at Boston University when she met Plath’s father, Otto Plath, who was her professor. They were married in January of 1932. Mrs Midas. Eloisa to Abelard by Alexander Pope. Stéphane Mallarmé. Stéphane Mallarmé is one of France's four major poets of the second half of the nineteenth century, along with Charles Baudelaire, Paul Verlaine, and Arthur Rimbaud. 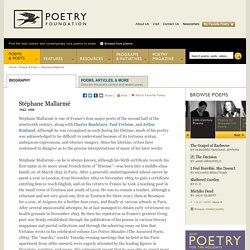 Although he was recognized as such during his lifetime, much of his poetry was acknowledged to be difficult to understand because of its tortuous syntax, ambiguous expressions, and obscure imagery. Since his lifetime, critics have continued to disagree as to the precise interpretations of many of his later works. Stéphane Mallarmé—as he is always known, although his birth certificate records his first name in its more usual French form of "Etienne"—was born into a middle-class family on 18 March 1842 in Paris.

After a generally undistinguished school career he spent a year in London, from November 1862 to November 1863, to gain a certificate entitling him to teach English, and on his return to France he took a teaching post in the small town of Tournon just south of Lyon. Je me mire et me vois ange! Non! Seamus Heaney reads his poems on video – which is your favourite? Lines Composed A Few Miles Above Tintern Abbey Poem by William Wordsworth. Five years have past; five summers, with the length Of five long winters! 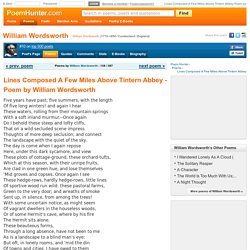 And again I hear These waters, rolling from their mountain-springs With a soft inland murmur. --Once again Do I behold these steep and lofty cliffs, That on a wild secluded scene impress Thoughts of more deep seclusion; and connect The landscape with the quiet of the sky. Shall I Compare Thee To A Summer's Day? (Sonnet 18) Poem by William Shakespeare. Dulce Et Decorum Est Poem by Wilfred Owen. Bent double, like old beggars under sacks,Knock-kneed, coughing like hags, we cursed through sludge,Till on the haunting flares we turned out backs,And towards our distant rest began to trudge.Men marched asleep. 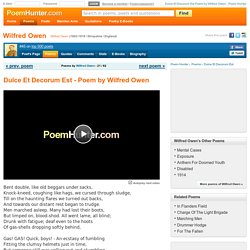 Many had lost their boots,But limped on, blood-shod. All went lame, all blind; Drunk with fatigue; deaf even to the hootsOf gas-shells dropping softly behind. Gas! GAS! Jabberwocky Poem by Lewis Carroll. 'Twas brillig, and the slithy tovesDid gyre and gimble in the wabe:All mimsy were the borogoves,And the mome raths outgrabe. 'Beware the Jabberwock, my son! 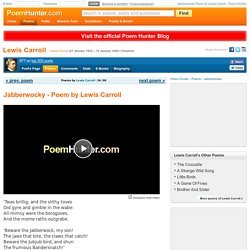 The jaws that bite, the claws that catch! Ozymandias Poem by Percy Bysshe Shelley. A Thing Of Beauty (Endymion) Poem by John Keats. How Do I Love Thee? Poem by Elizabeth Barrett Browning. No Man Is An Island Poem by John Donne. The Highwayman Poem by Alfred Noyes. THE wind was a torrent of darkness among the gusty trees, The moon was a ghostly galleon tossed upon cloudy seas, The road was a ribbon of moonlight over the purple moor, And the highwayman came riding— Riding—riding— The highwayman came riding, up to the old inn-door. 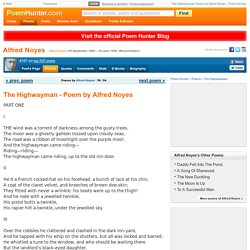