Robert De Niro Says Fuck Fox News & Trump on Live TV. It’s no secret that Robert De Niro has a hatred towards both parties, but no one expected him to react that way he did on Sunday morning. 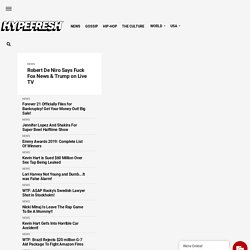 De Niro was talking to CNN’s Brian Stelter when he decided to keep it 100 with the audience. In a clip, the seasoned actor is asked about his feelings towards Fox News always criticizing him. In short, he says he doesn’t care what they think. Eva Marcille Welcomes Third Child! Eva Marcille and her husband Michael Sterling have welcomed their new bundle of joy, Maverick! 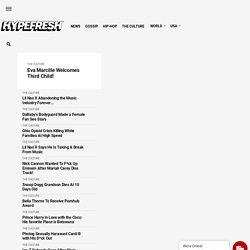 According to The Hollywood Unlocked, the reality star gave birth to her son Maverick on Friday. While the couple did not say themselves, Eva Marcille’s rep confirmed. This is now Eva’s third child and second with her husband, Michael Sterling. She revealed the great news back in June while speaking with ET. While attending the BET Awards she said After announcing in June that she was expecting, Marcille revealed the gender of her then-baby-to-be a month later. Kardashian Friend Malika Haqq Pregnant with First Baby. Well, congratulations are in order for a longtime friend of the Kardashians. 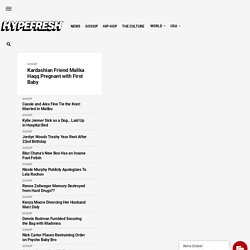 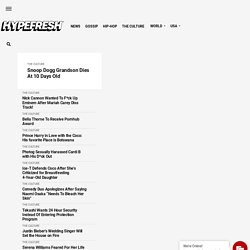 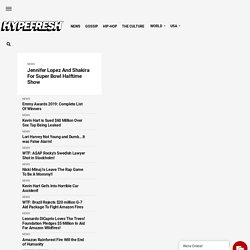 On Thursday, both singers took to their Instagram accounts to share the news! The first picture on Jennifer’s page was a picture of Shakira while Shakira posted a picture of JLo. Each picture only showed an outfit and no faces both with the caption; “Get ready, 02.02.20” The picture that followed was of the both of them in similar black and gold outfits with the official Pepsi Super Bowl Halftime logo. Tekashi Wants 24 Hour Security. Rapper Tekashi is expected to be released from prison early 2020. 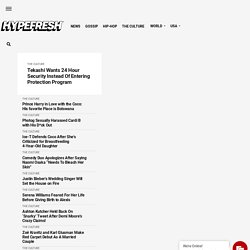 This is after cooperating with the feds to snitch to get an earlier release. 6ix9ine was looking at some serious time behind bars for racketeering, drugs, and guns. But, after basically ratting out everyone in the Nine Trey Bloods gang he’ll be able to live life outside of bars. However, because Tekashi snitched his way to freedom, is life without security will not be a safe one. The feds have suggested witness protection program. Photog Sexually Harassed Cardi B with His D*ck Out.

Cardi B, now married to Offset, came to talk to Angie Martinez and revealed that she once lived through a #MeToo moment of her own, reports E Online.

One day, while doing a photoshoot for WE tv’s Untold Stories of Hip Hop, the rapper says the photographer completely violated. She say’s the incident made her so upset, that she wound up leaving the set early. “I will never forget how I went to shoot for this magazine and the photographer, he was just trying to get close to me like, ‘Yah you want to get in this magazine?’ Justin Bieber's Wedding Singer Will Set the House on Fire.

Justin and Hailey Bieber is pulling no short cuts when it comes to the expense of their wedding neither. 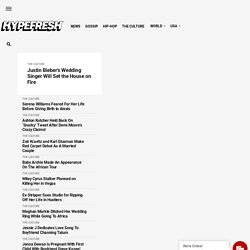 Kylie Jenner Sick as a Dog...Laid Up in Hospital Bed. TMZ got the exclusive that Kylie Jenner has been admitted into a hospital for an unknown sickness. 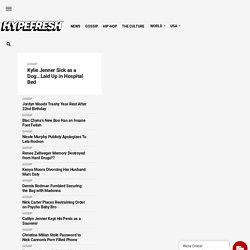 She’s apparently been there for several days, which is why she was unable to help her sisters Kendall and Kim present at the 2019 Primetime Emmy Award show. Sources say that Kylie just wasn’t in the condition to be on her feet, let alone stand in front of a screaming audience. Her exact reason for being in the hospital is so far unknown at the moment. Jordyn Woods Celebrates 22nd Birthday. Jordyn Woods turned 22-years-old on Monday and went down memory lane. The young Hollywood star uploaded a sweet birthday message to herself on her Instagram account.

It’s a picture of her as a little girl, holding balloons as she looks up at the sky. Jordyn reflects on the past year, which was filled with major scandal, and confirms that she knows herself a bit more. “Can I be this little again? Birthdays have always been very emotional for me. Miley Cyrus Stalker Planned on Killing Her in Vegas.

Miley Cyrus knows all too well what it’s like to have a mentally insane stalker track you down since she’s experiencing it now. TMZ reports that Miley Cyrus has a stalker, and his name is David Rumsey. Apparently, Rumsey has been stalking Miley for weeks now. Renee Zellweger Memory Destroyed from Hard Drugs?? Out of the two, Renee Zellweger claims she just has a hard time remembering what it was like in the 30s. It’s odd that someone can forget an entire decade out of their lives, but, in Renee’s case, it’s absolutely the case. She told CBS Sunday Morning, that her life has been a whirlwind for much of her life. “I don’t remember most of my 30s.

Is Justin Bieber's Still On Drugs?? Either Justin Bieber likes to wear IV’s as an accessory or he must be really sick. Justin Bieber was spotted walking around Los Angeles this week with an IV attached to his arm, which caused fans to become concerned about the singer’s overall health. Kim Kardashian Tells Her Strugges With Psoriasis. Kim Kardashian is human too. Hollywood Almost Destroyed Megan Fox's Sanity. During her earlier years as an actress, Megan Fox admits to going through a rough patch, both emotional state and within her career. Iggy Azalea Calls Wendy Williams A ‘Crackhead’! Lizzo turned into a snitch. Taylor Swift Calls Kanye West a Two-Faced Hoe. In a new interview, Taylor Swift is giving all the details on why Kanye West is a trash ass friend. In the interview, she calls Kanye West two-faced. Most of their beef is a result of the 2009 VMA speech fiasco. Russell Simmons Ass Banned from Favorite Yoga Studio. Because of his alleged dirty past, he is finding it hard to maintain his normal life in the city he calls home.

Russell Simmons was banned from one of his favorite yoga studios, Modo Yoga NYC. According to Page Six, Modo has revoked the 61-year-old rap legend’s membership privileges. Well, Russell is facing 12 accusations of rape and sexual misconduct. Jeannie Mai Talks About Sex Life with Jeezy. Kourtney Kardashian Admits She Is Intimidated. Kourtney Kardashian is surrounded by money! When appearing on the season six premiere of The Real, Kourtney Kardashian was asked if she feels pressure from her billionaire sister Kylie Jenner.