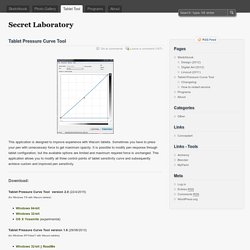 Sometimes you have to press your pen with unnecessary force to get maximum opacity. It is possible to modify pen response through tablet configuration, but the available options are limited and maximum required force is unchanged. This application allows you to modify all three control points of tablet sensitivity curve and subsequently achieve custom and improved pen sensitivity. Download: 10 Maya tips to boost your workflow. Face form. Zbrushmaya : portfolio. Art Models.

An artist’s guide to contracts. If the idea of having to read a contract – or worse still, having to draw up one of your own – fills you with dread, you aren’t alone. 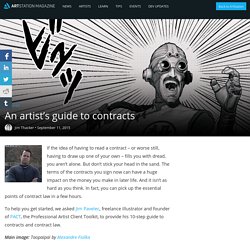 But don’t stick your head in the sand. The terms of the contracts you sign now can have a huge impact on the money you make in later life. And it isn’t as hard as you think. In fact, you can pick up the essential points of contract law in a few hours. To help you get started, we asked Jim Pavelec, freelance illustrator and founder of PACT, the Professional Artist Client Toolkit, to provide his 10-step guide to contracts and contract law. Main image: Taopaïpaï by Alexandre Fiolka. 15 steps to landing your dream art job. In our regular profiles of leading digital artists, we ask our interviewees for their careers advice. 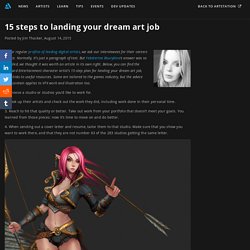 Normally, it’s just a paragraph of text. But Yekaterina Bourykina‘s answer was so detailed, we thought it was worth an article in its own right. Below, you can find the Blizzard Entertainment character artist’s 15-step plan for landing your dream art job, plus links to useful resources. 3DsMax- Batch export/import - JosBalcaen. This is a handy script if you want to transfer your models from one 3d-package to another. 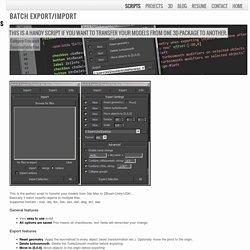 Category: Free work Downloadable: Free This is the perfect script to transfer your models from 3ds Max to ZBrush/Unity/UDK/… Basically it batch exports objects to multiple files. Supported formats : max, obj, fbx, 3ds, ase, dwf, dwg, dxf, dae. General features Very easy to use scriptAll options are saved.This means all checkboxes, text fields will remember your change. Export features. 7 tips that will get you into games industry. Ben Brode is a senior game designer at Team 5 and Blizzard Entertainment. 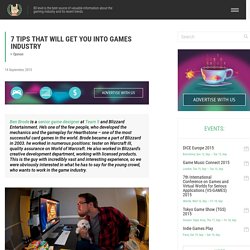 He’s one of the few people, who developed the mechanics and the gameplay for Hearthstone – one of the most successful card games in the world. Brode became a part of Blizzard in 2003. he worked in numerous positions: tester on Warcraft III, quality assurance on World of Warcraft. He also worked in Blizzard’s creative development department, working with licensed products. This is the guy with incredibly vast and interesting experience, so we were obviously interested in what he has to say for the young crowd, who wants to work in the game industry. 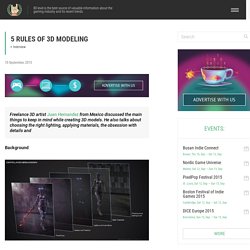 He also talks about choosing the right lighting, applying materials, the obsession with details and Background When I was young my dad was always reluctant to buy me video games because he said they made kids disobedient (he was right). Naturally, when I finally came to own my first console, I instantly became a videogame addict. But there was one thing videogames and movies never satisfied: they didn’t have my characters in them, they took place in worlds different to those I wanted, the stories were not quite right either; and creating my own universes and showing them to others was something I desperately wanted to do. Thanks to a bunch of “the making of” type videos I found in my Halo 3 collector’s edition disc, I discovered 3D modelling and how it was used in my favorite video games. Building 3D Models: Tips and Tricks 1) Gather references. 3D Artist - Practical inspiration and advice for the 3D community.

Inside the original pitch for Uncharted. "The thing that we wanted to focus on from the get-go were characters and story," he explains. 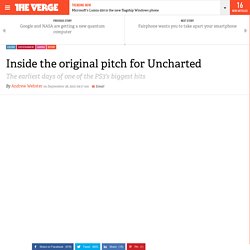 "That was something we felt that — particularly back in 2005, 2006 when this first started getting developed — was something that was sort of an afterthought in the majority of video games out there. So we really wanted not only to tell this pulpy, action adventure-style thing, but also really try to develop some relatable, entertaining characters and have the story be what pulled you through the game. " One of the ways the game manages to do this is through animation.

Concept Drawings & 3D Videos (Tutos) Digital Paint. Artists. MPC Concept Art. We make better, locally grown pixels. Physically Based Materials. This document is designed to help those who need to quickly get up to speed in Unreal Engine 4's physically based Materials system. 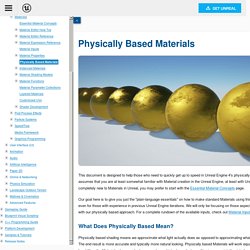 It assumes that you are at least somewhat familiar with Material creation in the Unreal Engine, at least with Unreal Engine 3 or later. PBR In Practice. By Joe “EarthQuake” Wilson This tutorial will cover the basics of art content creation, some of the reasoning behind various PBR standards (without getting too technical), and squash some common misconceptions. 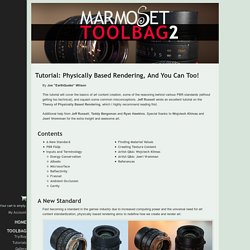 Jeff Russell wrote an excellent tutorial on the Theory of Physically Based Rendering, which I highly recommend reading first. PBR Theory. By Jeff Russell Physically-based rendering (PBR) is an exciting, if loosely defined, trend in real time rendering lately. 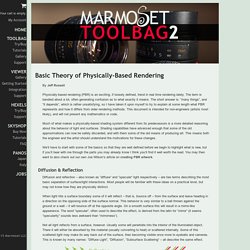 The term is bandied about a lot, often generating confusion as to what exactly it means. The short answer is: “many things”, and “it depends”, which is rather unsatisfying, so I have taken it upon myself to try to explain at some length what PBR represents and how it differs from older rendering methods. David Connely - www.davidconnely.co.uk. Skin Shader Tutorial. Note: This tutorial was created for Toolbag 1. Some techniques and PROTIPS offered in this tutorial remain very helpful, but shader setup and user interface will not apply directly to Toolbag 2. Character Lighting Tutorial. By Joe “EarthQuake” Wilson First and foremost, I want to thank the massively talented Tim “spacemonkey” Appleby for giving us permission to use his awesome Sagat model for this tutorial.

It’s easy to make cool tutorials when someone drops such great art content in your lap. Marmoset Toolbag 2 Shader Setup for Characters. [ #Shader ] Joe Wilson and Lee Devonald demoed various tools and features related to character setup in Toolbag 2, such as the skin shader, hair, lighting, etc. Material Editor - How To set up Human Skin. Not using SubsurfaceProfile Using SubsurfaceProfile Getting Human skin to look correct when rendered is a very complex topic with no single perfect solution for getting correct results. SIGGRAPH 2013 Course: Physically Based Shading in Theory and Practice.

CGPeers Beta2. Schoolism. Fantastico! Learn Squared. The Artist, The Realist, and The Critic. ZBrush Topology Brush - Introduction. How to Draw Hair. GuiltyGearXrd's Art Style : The X Factor Between 2D and 3D. Making of Dead Space 3 by Digital DomainComputer Graphics. Making of Game of Thrones Season 5. The Animation Process Of Ori & The Blind Forest. Making of Rise of the Tomb Raider. Check this awesome makingof ,An Exclusive behind the scene of lara croft. Brenoch Adams Art Director and Kam Yu Lead character Artist at Crystal Dynamics Studio, explains how they brought new Hyper-Real Lara Croft to life for Rise of the Tomb Raider. 596 Total Views 33 Views Today.

How to sculpt detailed muscles in Zbrush Tutorial. Sculpt detailed muscles tutorials in Zbrush Tutorials. Here is a Detailed tutorial about Muscles Study in Zbrushand where Sculptures can learn the flow of Muscles. Grounded: The making of The Last of Us. Making of The Last of Us by Naughty Dog. Go behind the scenes and see how Naughty Dog crafted its masterpiece watch Grounded The making of The Last of Us. Color & Exposure with Sam Nielson. [Video] 5 Tips for a Better Skin Color Palette - Freshdesigner.com. Skin color is one of my favorite things to paint. Cloth Folds Tutorial. ZBrush Detailing Clothes - Select Polygroups by UV + NoiseMaker.