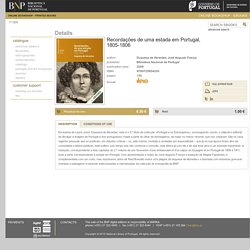 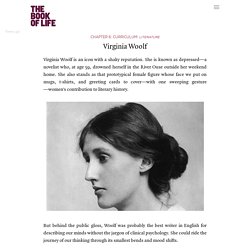 She is known as depressed—a novelist who, at age 59, drowned herself in the River Ouse outside her weekend home. Europeana on Pinterest. Welcome to the only official site for People Like Us and Vicki Bennett. R. David Lankes. Radical Conversations on New Librarianship. There are several new topics the Radical’s Guide: notably libraries as institutions, the role of collections, and a deeper understanding of community. 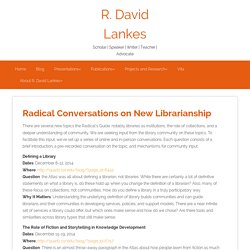 We are seeking input from the library community on these topics. To facilitate this input, we’ve set up a series of online and in-person conversations. Each question consists of a brief introduction, a pre-recorded conversation on the topic, and mechanisms for community input. O que é um Rizoma? (legendado) - Alexander Kluge e Joseph Vogl, Prime Time. Winners: How might we leverage libraries as a platform to build more knowledgeable communities? - Winners. Culture In Transit: Digitizing and Democratizing Metropolitan New Yo... 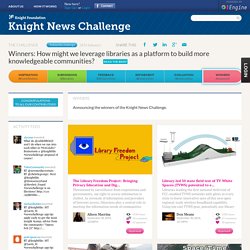 Taking scanners, cameras, and librarians’ expertise to smaller libraries, archives, and communities in the metropolitan region, Culture In Transit will help shine a light in the dark corners of some of the city’s richest cultural heritage collections. Under-resourced organizations and communities are often excluded from contributing to the nation’s digital cultural memory because they lack equipment and technical support. Proposed by Metropolitan New York Library Council, Empire State Digital Network, Brooklyn Public Library, & Queens Library, Culture In Transit will leverage NYC’s public transportation network to bring the labs to them — providing a model that can be replicated in the service of worldwide access to local treasures. 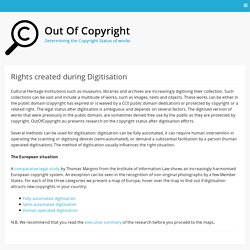 Such collections can be vast and include a multitude of works, such as images, texts and objects. These works can be either in the public domain (copyright has expired or is waived by a CC0 public domain dedication) or protected by copyright or a related right. The legal status after digitisation is ambiguous and depends on several factors. The digitised version of works that were previously in the public domain, are sometimes denied free use by the public as they are protected by copyright. OutOfCopyright.eu presents research on the copyright status after digitisation efforts. 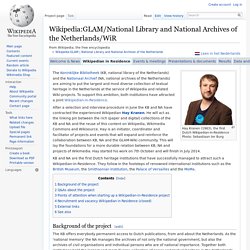 To support this ambition, both institutions have attracted a joint Wikipedian-in-Residence. After a selection and interview procedure in June the KB and NA have contracted the experienced Wikipedian Hay Kranen. He will act as the linking pin between the rich (paper and digital) collections of the KB and NA and the reuse of this content on Wikipedia, Wikimedia Commons and Wikisource. Hay is an initiator, coordinator and facilitator of projects and events that will expand and reinforce the collaboration between KB, NA and the GLAM-Wiki community.

Background of the project[edit] Six creative ways artists can improve communities. From income inequality and unemployment to poverty, education and healthcare, communities around the world are facing critical challenges that require creative ideas and solutions. 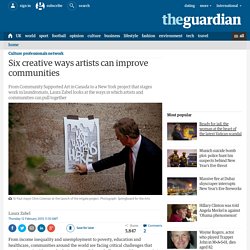 Any of these challenges could use an artist’s mind, a creative question or a critical thinker to help us find our way to a more healthy and just future. Artists can illuminate truth, offer transcendent experience in a far too literal world, challenge us to feel, and connect us to our common humanity. The good news is that almost every community already has artists. YouTube. Community Art — CULTIVATIVE. Saly_Lee.pdf. MR04465.pdf. Untitled. DiscoveryLearning through making Active tinkering can engage people of all ages in learning science, technology, engineering and mathematics (STEM) June 17, 2014. 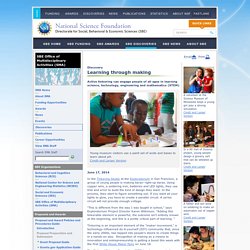 Texas Strategic Human Resources. I will maintain until my last day as a HR professional that we focus too much on job descriptions in the hiring and managing process. 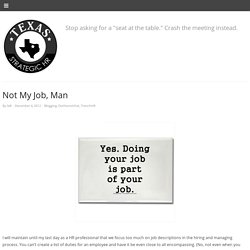 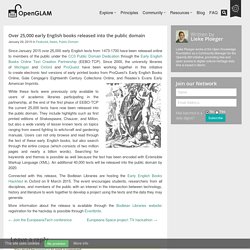 Since 2000, the university libraries of Michigan and Oxford and ProQuest have been working together in this initiative to create electronic text versions of early printed books from ProQuest’s Early English Books Online, Gale Cengage’s Eighteenth Century Collections Online, and Readex’s Evans Early American Imprints. While these texts were previously only available to users of academic libraries participating in the partnership, at the end of the first phase of EEBO-TCP the current 25,000 texts have now been released into the public domain. Centro de Investigação para Tecnologias Interactivas. Template.cfm. Britishlibrary_economicevaluation.pdf. The Hyperlinked Library: Virtual Symposium by Jesse Blazek on Prezi. GrowingYoungMinds.pdf. Conversations.org: Inspiring Social Artists.

La Nubeteca. Tuits nubetecos. ResearchGate - Share and discover research. Association for Library Collections & Technical Services (ALCTS) Association for Library Collections & Technical Services (ALCTS) Coisas para fazer hoje em Lisboa. Video Archive. "I Think" Tote Bags by Mary Ann Reilly. Available to buy on… What is a Library? “Harlem Shake in a library? Yes!” Cries the caption of a YouTube video uploaded this spring by the regulars of the Queens Library for Teens. 6 Ways To Become a Power User of the Public Library. The Internet of Things Plan To Make Libraries and Museums Awesomer. Two large banners greet patrons when they walk into Orlando Public Library. Amid posters about the library’s family-friendly services and upcoming programming, the banners urge patrons to do something a bit uncharacteristic for a nearly 100-year-old institution: download an iBeacon app. In November, the library implemented BluuBeam, an Orlando-based service that uses iBeacon technology to send location-triggered information to patrons.

Mic. 10 Best Literary TED Talks of the Year. Every year on Book Riot we’ve put together a round-up of our favorite literary TED talks. Since our last post, there have been ten that deserve mention, ranging from inspirational stories about sight and connection to really random dog poems from Billy Collins and erotic fantasies from Isabel Allende. Because it’s TED. Zany is bound to happen. TNLSA. A prática da Meditação, por Jetsuma Tenzin Palmo. Hidden places - visitBerlin.de PT-BR. When you go off the beaten path in Berlin, you have the chance to discover some wonderful places outside the city centre that tell as much about the history of Berlin.... Home. CPA - TVLC. The Reading Brain in the Digital Age: The Science of Paper versus Screens. Know More. Neil Gaiman: Why our future depends on libraries, reading and daydreaming. 41 ideas advance in News Challenge: Libraries.

Maria Popova: Staying Present and Grounded in the Age of Information Overload. 99U - Insights on making ideas happen. Meditation at the Shore – a Film. The Great Philosophers: William Morris. Landauer_Revolution_and_Other_Writings.pdf. Reuse of Digitised Content (1): So you want to reuse digital heritage content in a creative context? Good luck with that. The Path to Passion Course. Things To Do in Berlin: 40 Best Sights & Activities in Berlin. How tech is changing reading at libraries. Harvard’s Copyright First Responders to the Rescue.