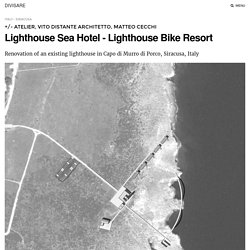 After a deep analysis about the touristic requirements of Siracusa, it was clear that the touristic bike tours are constantly growing, both in Sicily and in the rest of Europe. So the project consists in revamping the lighthouse complex as a resort for bikers to link Siracusa with the existing routes and to increase the opportunities of future tourism. All these considerations led to the design of five housing modules and a panoramic terrace organized in a Cartesian way and symbolically linked by a bridge as privileged viewpoint. These architectural objects are connected by long paths with a double purpose: to keep new buildings out of lighthouse sight and to have better panoramas. The existing buildings house the communal areas keeping the previous volumes. 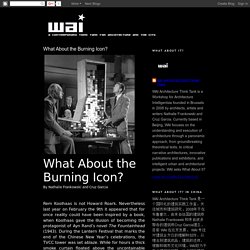 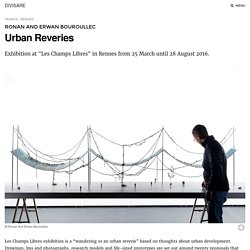 Drawings, lms and photographs, research models and life-sized prototypes are set out around twenty proposals that re-invent certain “urban motifs” : vines, torches, parasols, a raised stream, a kiosque etc. These propositions are Ronan and Erwan Bouroullec’s rst projects that concentrate on public spaces. Ronan Bouroullec:Les Champs Libres exhibition presents ongoing research: open and abundant research, a “pragmatic reverie” that is designed to exist in public spaces, perhaps in Rennes. Some people may nd the exhibition perturbing or surprising because, up until now, urban development was never our subject. Erwan Bouroullec:Les Champs Libres project was built “from a certain distance”, which is our normal way of working. Wallpaper. For the past 20-odd years, a Japanese businessman has been working on an extraordinary series of buildings set across three small islands in the Seto Inland Sea. 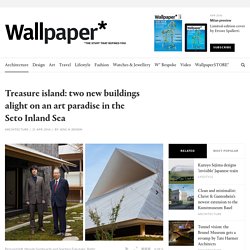 Naoshima, Teshima and Inujima comprise The Benesse Art Site Naoshima, a project spearheaded by Soichiro Fukutake, the executive adviser to Benesse Holdings Inc (the education, language and global leadership training group) and chairman of the Fukutake Foundation. For the site’s development, Fukutake is working with a team of celebrated architects and artists to help him realise his dreams of creating another, truer Japan that is more in touch with its own tradition. The Benesse site’s collection of buildings now includes designs by some of Japan’s foremost architects – Tadao Ando, Ryue Nishizawa and Hiroshi Sambuichi have all worked there – and a staggering line-up of local and international artists such as Walter De Maria, James Turrell, Shinro Ohtake, Yukinori Yanagi, Lee Ufan and Rei Naito. The hall’s layout is kept simple. Invisible Studio uses salvaged timber for arboretum buildings. Piers Taylor's firm Invisible Studio has added a pair of woodland maintenance buildings to the National Arboretum in Gloucestershire, England, using only trees felled in the routine maintenance of the estate (+ slideshow). 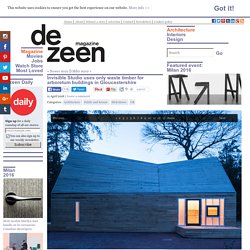 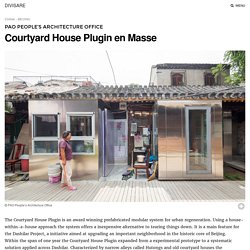 Using a house-within-a-house approach the system offers a inexpensive alternative to tearing things down. It is a main feature for the Dashilar Project, a initiative aimed at upgrading an important neighborhood in the historic core of Beijing. Within the span of one year the Courtyard House Plugin expanded from a experimental prototype to a systematic solution applied across Dashilar. Characterized by narrow alleys called Hutongs and old courtyard houses the neighborhood has resisted change, giving it a rare charm. GSMM architetti, Mónica Margarido, Giorgio Santagostino · Rifugio Petrarca. Moso in Passiria, Bolzano. The Met’s Costume Institute Taps an OMA Architect. NOT MANY ARCHITECTS get to reshape a wing of the Metropolitan Museum of Art. 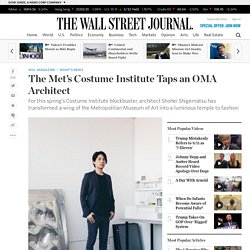 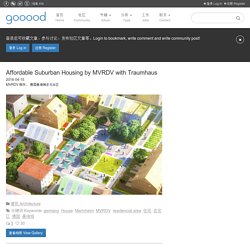 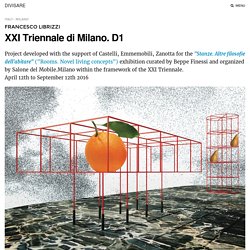 In an elliptical space formed by concentric rows of coloured narrow metal columns, the viewer gradually sees the threshold between interior and exterior become defined and include the role of the architecture in the mediation between landscape, domestic space and objects. The concept is drawn from a fascinating experience of hospitality in several private interior spaces in Beirut and illustrates a timeless way of living, rooted in the collective memory of the entire Mediterranean basin.

An empty space positioned in the centre that acts as the cornerstone for a series of satellite spaces orbiting around it: the home and the city we can all remember or imagine. Nendo, Takumi Ota · Milano Design Week. Marsotto Edizioni Exhibition Stand. First, attention was paid to the fact that that the company specializes in marble furniture, and that all of their products were made from a single material in either “black” or “white”, without combining any other materials.Then, in order to utilize the rather unsightly regularly spaced pillars and the spatial feature of the entrance being in the middle of the space, it was decided that the exhibition space would be divided right and left using “black” and “white”. 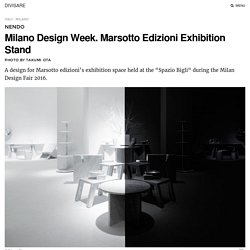 As its name derived from Pyeongchang tells, this area had to build a ground up high with embarkment because of its high and slope topography as a village of power and wealth. Manuelle Gautrand, Guillaume Guerin, Luc Boegly · Le Forum. 13 Volumes Cleverly Assembled in one big puzzle at the middle of the site.

Located in Saint-Louis (Alsace, France) in the “Three Borders” region and in the inner suburb of Basel, the “Forum” dedicated to replace the old “Palais des fêtes” of the town, is a cultural facility designed to host associative, sporting and cultural events. The land, vast enough, is located close to the city center of Saint-Louis in an area mixing different scales and uses: it remains a residential area mainly made up of low height houses mingled with some characterless large-sized collective buildings, but it also includes offi ces and workshops for small companies, as well as a kindergarten and a primary school.

The proposals responded to the seventeenth-century term 'Drawing Room' – a space to which people would withdraw for greater privacy or entertaining. Developed in response to contemporary notions of 'withdrawing', the proposals create distinctive piece of inhabitable furniture in Croome's Drawing Room, historically known as the Blue Damask Room. The Withdrawing Room is configured to capture and present the best views of the 'Capability' Brown grounds surrounding the house, and to draw attention to aspects of the interior that may have been previously overlooked. The space is composed of stratified and carved layers of diaphanous fabric that allow the viewer to look out from within, their view curated by the folds of iridescent material.

"water balloon" is the product of a collaboration with a glass artist and each light bulb is made by hand using glass recycled from fluorescent lamps. DGT Dorell Ghotmeh Tane / Architects, Takuji Shimmura · LIGHT in WATER. Luzinterruptus, Gustavo Sanabria · Prophylactic rain that doesn't wet anything. In the month of May we returned to Campo de la Cebada a to carry out an installation. The Principals · Dynamic Sanctuary. Jeppe Hein, James Ewing · Please Touch the Art. From May 17,2015 to April 17,2016 Public Art Fund presents "Please Touch the Art", a major new exhibition by Danish artist Jeppe Hein featuring 18 playful sculptures designed specifically for public interaction at Brooklyn Bridge Park. Engaging visitors through pieces that are both accessible and surprising, the show includes three distinct bodies of work: Appearing Rooms, a series of “rooms” formed when water shoots up from the work’s gridded base forming “walls” that appear and disappear throughout the day; a large new Mirror Labyrinth, featuring equidistantly spaced vertical elements at varying heights made from mirror-polished stainless steel that multiply the surrounding landscape through myriad reflections; and 16 new bright orange-red Modified Social Benches that upend the idea of a traditional park bench with their unconventional.