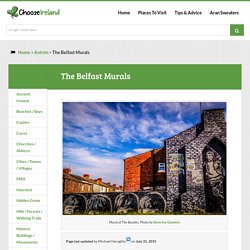 The West Belfast areas of Shankhill Road and Falls Road are decorated with a variety of wall murals. These murals express the political loyalties of the people who live in the surrounding working class neighbourhoods. Casino at Marino. Name[edit] The name 'Casino' is the diminutive form of the 18th-century Italian word 'Casa' meaning 'House', thus 'Little House',[3] and is not used in the modern sense of "gambling establishment". 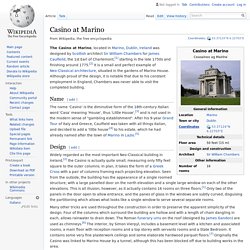 After his 9-year Grand Tour of Italy and Greece, Caulfield was taken with all things Italian, and decided to add a 'little house'[4] to his estate, which he had already named after the town of Marino in Lazio.[5] O'Connell Street. O'Connell Monument, the memorial to Daniel O'Connell, the 19th-century nationalist leader, by sculptor John Henry Foley, which stands at the entrance to the street named after him. 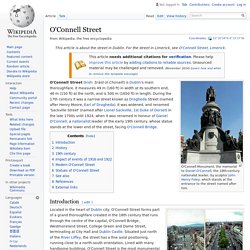 O'Connell Street (Irish: Sráid Uí Chonaill) is Dublin's main thoroughfare. It measures 49 m (160 ft) in width at its southern end, 46 m (150 ft) at the north, and is 500 m (1650 ft) in length. During the 17th century it was a narrow street known as Drogheda Street (named after Henry Moore, Earl of Drogheda). It was widened, and renamed 'Sackville Street' (named after Lionel Sackville, 1st Duke of Dorset) in the late 1700s until 1924, when it was renamed in honour of Daniel O'Connell, a nationalist leader of the early 19th century, whose statue stands at the lower end of the street, facing O'Connell Bridge. 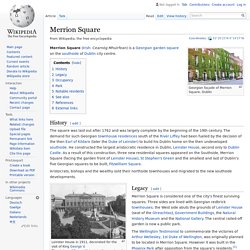 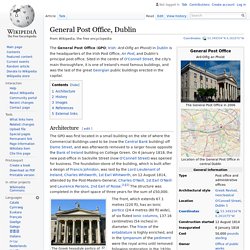 Sited in the centre of O'Connell Street, the city's main thoroughfare, it is one of Ireland's most famous buildings, and was the last of the great Georgian public buildings erected in the capital. Architecture[edit] History[edit] The Famine Memorial and The World Poverty Stone - Dublin Docklands. The Famine Memorial 'Famine' (1997) was commissioned by Norma Smurfit and presented to the City of Dublin in 1997. 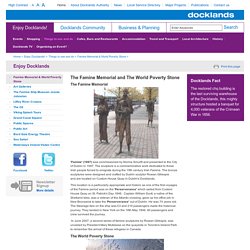 The sculpture is a commemorative work dedicated to those Irish people forced to emigrate during the 19th century Irish Famine. The bronze sculptures were designed and crafted by Dublin sculptor Rowan Gillespie and are located on Custom House Quay in Dublin's Docklands. This location is a particularly appropriate and historic as one of the first voyages of the Famine period was on the 'Perserverance' which sailed from Custom House Quay on St. 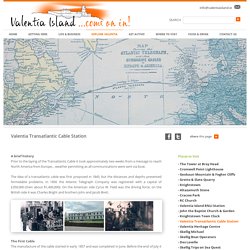 The idea of a transatlantic cable was first proposed in 1845, but the distances and depths presented formidable problems. In 1856 the Atlantic Telegraph Company was registered with a capital of £350,000 (then about $1,400,000). The Chester Beatty Library website, gallery, exhibition, collection. War Memorial Gardens. Contact Details Address: Islandbridge, Dublin 8Telephone No: +353 1 475 7816 (gardens)Fax No: +353 1 475 5287Email: info@heritageireland.ie Directions: Please click here. 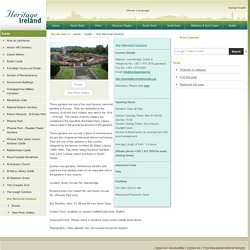 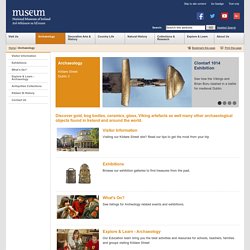 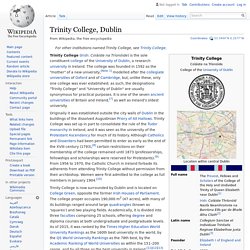 The college was founded in 1592 as the "mother" of a new university,[Note 1] modelled after the collegiate universities of Oxford and of Cambridge, but, unlike these, only one college was ever established; as such, the designations "Trinity College" and "University of Dublin" are usually synonymous for practical purposes. It is one of the seven ancient universities of Britain and Ireland,[7] as well as Ireland's oldest university. Originally it was established outside the city walls of Dublin in the buildings of the dissolved Augustinian Priory of All Hallows.