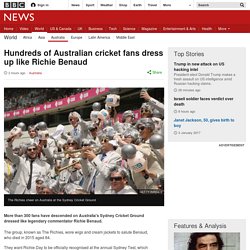 The group, known as The Richies, wore wigs and cream jackets to salute Benaud, who died in 2015 aged 84. They want Richie Day to be officially recognised at the annual Sydney Test, which is currently being played between Australia and Pakistan. Korean Air crew to 'use more force' with unruly passengers. Image copyright Getty Images Korean Air has said guidelines will be revised for crew to react "firmly and actively against in-flight violence", after facing criticism for its handling of an on-board incident. 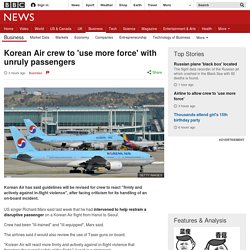 US singer Richard Marx said last week that he had intervened to help restrain a disruptive passenger on a Korean Air flight from Hanoi to Seoul. Crew had been "ill-trained" and "ill-equipped", Marx said. The airlines said it would also review the use of Taser guns on board. Boxing Day Test: Azhar's 66 steadies Pakistan on rain-affected day one at MCG - BBC Sport. Dozens killed in Mexico fireworks blast. An explosion at a fireworks market outside Mexico City has killed at least 29 people, officials say. 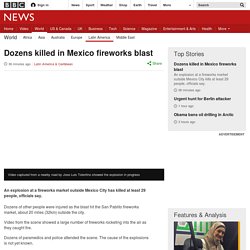 Dozens of other people were injured as the blast hit the San Pablito fireworks market, about 20 miles (32km) outside the city. Video from the scene showed a large number of fireworks rocketing into the air as they caught fire. Aleppo battle: Hopes rise for evacuation of rebel-held areas. Image copyright Reuters Hopes have risen that a planned evacuation of rebel-held parts of the Syrian city of Aleppo will begin soon, after an earlier deal collapsed. 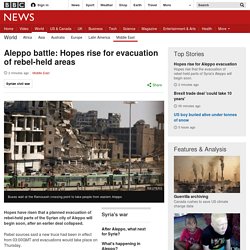 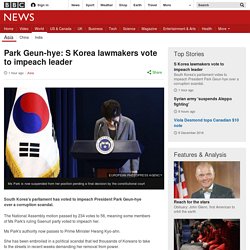 The National Assembly motion passed by 234 votes to 56, meaning some members of Ms Park's ruling Saenuri party voted to impeach her. Park Geun-hye: S Korea lawmakers vote to impeach leader. Viewpoint: From American Dream to Asian ambition? Image copyright iStock While the "American dream" of social mobility seems nothing more than a dream for many American students, it is emerging as a new reality in much of east Asia. 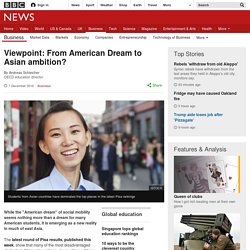 The latest round of Pisa results, published this week, show that many of the most disadvantaged students in China, Hong Kong, Japan, Korea, Macau, Singapore, Taiwan and Vietnam perform as well as the highest-achieving quarter of students around the world. Remote beach in Indian Ocean ranked Australia's best. Image copyright Rik Soderlund A remote island territory in the Indian Ocean has been named home to Australia's best beach. 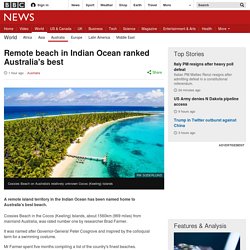 Cossies Beach in the Cocos (Keeling) Islands, about 1560km (969 miles) from mainland Australia, was rated number one by researcher Brad Farmer. It was named after Governor-General Peter Cosgrove and inspired by the colloquial term for a swimming costume. Remote beach in Indian Ocean ranked Australia's best. Standing Rock: Are pipeline protest camp days numbered? Image copyright Reuters Winter is descending upon thousands of Native Americans camped out in North Dakota as part of the Dakota Access pipeline protests. 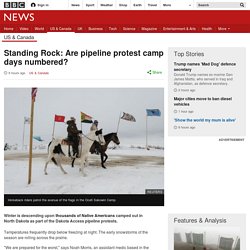 Temperatures frequently drop below freezing at night. Standing Rock: Are pipeline protest camp days numbered? Chapecoense air crash: Colombia plane 'ran out of fuel' Colombian authorities say evidence is growing that a plane carrying a Brazilian football team crashed because it ran out of fuel as it tried to land. 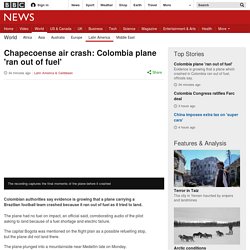 The plane had no fuel on impact, an official said, corroborating audio of the pilot asking to land because of a fuel shortage and electric failure. The capital Bogota was mentioned on the flight plan as a possible refuelling stop, but the plane did not land there. The plane plunged into a mountainside near Medellin late on Monday. Only six of the 77 people on board the plane survived. In pictures: Living near the Arctic Circle. Image copyright Ed Gold Three years ago, the residents of Galena, in Alaska, were forced to abandon their homes when the Yukon River flooded the town. 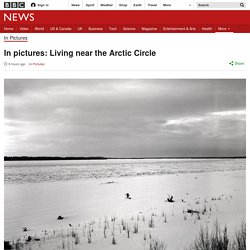 The Alaska Air National Guard and the National Army Guard evacuated around 300 residents from the surrounding area, many of whom eventually returned to find their homes no longer suitable for habitation. Since then, the town has been rebuilt and one of the residents, Adriana Hevezi, invited British photographer Ed Gold to document the re-formed community having seen his book, Wales: Portrait of an Alaska Village at a friend's house in Fairbanks. Chapecoense plane crash: Thousands of fans hold vigil for team. 100 Women 2016: Is feminism just for white women? Chapecoense plane crash: Football rallies around Brazilian team. Image copyright AFP/Getty Images The football world has rallied around a Brazilian club which lost most of its players in a plane crash in Colombia. Only six of the 77 people on the plane, carrying members of the Chapecoense team, survived Monday's crash.

The team were flying to what was billed as the biggest match in their history - the final of the Copa Sudamericana. Their opponents, Colombian team Atletico Nacional, have offered to concede the game to ensure Chapecoense are declared the champions. S Korea braces for 'largest' protests against president. Image copyright Reuters Some two million people are expected to join nationwide protests in South Korea to demand the resignation of President Park Geun-hye, organisers say. They estimate 1.5 million will gather in Seoul and 500,000 in other regions - in what would be largest rallies since the demonstrations began five week ago. About 25,000 police are being deployed in the capital, local media report. Ms Park is accused of allowing her friend, Choi Soon-sil, to manipulate power from behind the scenes. Untitled. Peshmerga vs. the Islamic State: The Road to Mosul (Full Length)