The Noise of Time by Julian Barnes review – how Shostakovich survived Stalin. A bad review was not a trivial matter for a composer in Soviet Russia, especially if the reviewer happened to be Joseph Stalin. 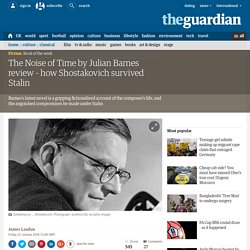 The Franzen of It All: ‘Purity’ and the Great American Novelist « Probably no one alive is a better novelist than Jonathan Franzen, and this is frustrating because his novels are awful, excellent but awful, books you read quickly and remember ponderously, books of exhaustive craft and yet a weird, spiraling cluelessness about the data they exhaustively collate. 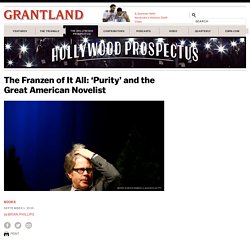 They analyze the wave frequency but don’t hear the sound. They are full of people who talk and act exactly as you imagine such people would talk and act in real life; everyone in them is forever buying the right brand of granola bar or having believable thoughts about their mother or fantasizing in a particularly characteristic way about fucking on a hotel-room air conditioner. And yet they don’t feel like real life. They feel like real life irritably recreated from a spreadsheet, by someone who is a genius at reading spreadsheets. Whether a novel ought to feel like real life is of course a separate question. Jonathan Franzen duikt in de groezelige verledens van idealisten van nu. Trouw.nl gebruikt cookies en vergelijkbare technologieën ("cookies") onder andere om u een optimale gebruikerservaring te bieden. 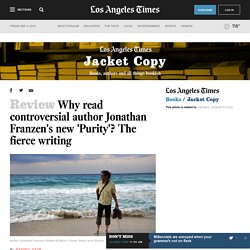 As far back as 1996, with "Perchance to Dream," his long essay published in Harper's on the state of contemporary fiction, he has filled the role of both avatar and scapegoat, an ambitious writer who can't (or won't) steer clear of controversy. Purity by Jonathan Franzen review – dazzling, hilarious and problematic. When I reached page 207 of my advance copy of Purity, I did something I’ve never before done as a reviewer, something that quite possibly was a breach of professional protocol but seemed so inevitable as to have been scripted by Jonathan Franzen himself: I used my iPhone to take a picture of a particular paragraph and tweeted it. 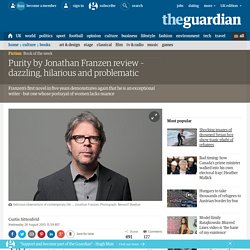 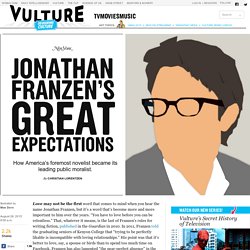 Illustration by Moe Dern Love may not be the first word that comes to mind when you hear the name Jonathan Franzen, but it’s a word that’s become more and more important to him over the years. How I became a convert to Haruki Murakami. I was wrong about Murakami. 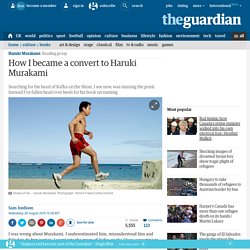 I underestimated him, misunderstood him and failed to do him justice. How Kazuo Ishiguro wrote “Remains of the Day” in 4 weeks. In 1987, motivated by anxiety over his inability to produce a followup novel to his earlier sucesses, Ishiguru made a deal with his wife Lorna: he would write every day from 9h-2230h, with brief meal-breaks, 6 days a week: four weeks later, he finished Remains of the Day. 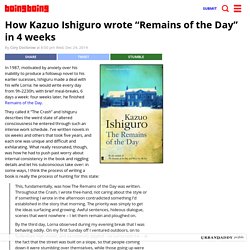 They called it “The Crash” and Ishiguru describes the weird state of altered consciousness he entered through such an intense work schedule. I’ve written novels in six weeks and others that took five years, and each one was unique and difficult and exhilarating. What really resonated, though, was how he had to push past worry about internal consistency in the book and niggling details and let his subconscious take over: in some ways, I think the process of writing a book is really the process of hunting for this state: This, fundamentally, was how The Remains of the Day was written. Seeing Things As They Are: Selected Journalism and Other Writings by George Orwell, review: 'a treat on every page' For instance, on the post-war presence of Polish workers: “The fact is there is strong popular feeling in this country against foreign immigration. 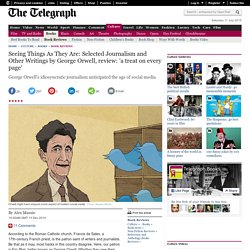 It arises partly from simple xenophobia, partly from fear of undercutting in wages, but above all from the out-of-date notion that Britain is overpopulated and that more population means more unemployment.” Then there is his account of attending the House of Commons in 1944 and discovering: “It is just a collection of mediocre-looking men in dingy, dark suits, nearly all speaking in the same accent and all laughing at the same jokes.” Even the Russian Question has re-emerged to remind us that an issue once thought settled is far from over. ORWELL'S WORLD. It is now 65 years since George Orwell died, and he has never been bigger. 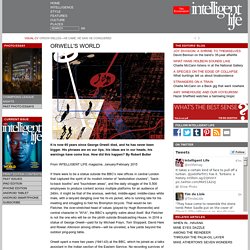 His phrases are on our lips, his ideas are in our heads, his warnings have come true. How did this happen? By Robert Butler From INTELLIGENT LIFE magazine, January/February 2015. Who Was the Marquis de Sade? Albert Camus' The Stranger. We were born at the beginning of the First World War. When we were adolescents, we had the Depression. When we were twenty, Hitler came. Then we had the Ethiopian war; the Spanish war; Munich. Gustave Flaubert: Much About Author's Life Is Still Unknown.

There is probably no modern writer who is more talked about and less well-known than Gustave Flaubert. It is general believed, for example, that Flaubert wrote Madame Bovary with a deep distaste for its contemporary subject, and that it was only the advice of friends that persuaded him to discipline his Romantic temperament to grapple with a realistic theme. Yet Flaubert’s early writings, not yet published when this story gained currency, show that he had tried his hand at all forms of writing and had composed an entire novel about student-life in Paris without advice from anybody.

Hanif Kureishi interview: 'Every 10 years you become someone else' The first time I met Hanif Kureishi it was the mid-80s, and we talked about writing fiction for Faber and Faber whose list I was directing. Kureishi came into my office like a rock star and I remember thinking that he did not seem in need of a career move. He was already riding high on the international success of his screenplay, My Beautiful Laundrette. Haruki Murakami: How a Japanese writer conquered the world.

17 October 2011Last updated at 12:26 By Stephanie Hegarty BBC World Service At midnight in London, and the same time next week in America, bookshops will open their doors to sell Haruki Murakami's latest novel to eager fans. This is not Harry Potter, it's a 1,600-page translation from Japanese. So why the excitement? When Haruki Murakami's new book, 1Q84, was released in Japanese two years ago, most of the print-run sold out in just one day - the country's largest bookshop, Kinokuniya, sold more than one per minute.