History in the news 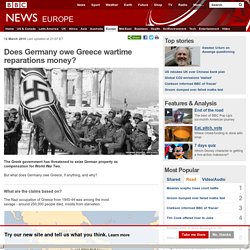 But what does Germany owe Greece, if anything, and why? What are the claims based on? The Nazi occupation of Greece from 1940-44 was among the most savage - around 250,000 people died, mostly from starvation. Massacres include the one at Kalavryta where 500 people were killed. Justice Minister Nikos Paraskevopoulos has said he is ready to approve that ruling. <div class="warning"><img class="holding" src=" alt="Skulls" /><p><strong>Please turn on JavaScript. Watch: A Distomo witness recounts the loss of life Why is it an issue now? Greek Prime Minister Alexis Tsipras told parliament on Tuesday he had a duty to pursue reparations. The memorial in Athens commemorates hundreds of Greeks who were executed by Nazi occupation forces But Greece's wartime enemy is now its major creditor.

How much has Germany paid? How much does Greece still want? Why is it an issue now? Europe's young Jews after Paris and Copenhagen attacks. 24 February 2015Last updated at 19:08 ET Attacks targeting Jews in France and, above have left young members of the community on edge Europe's Jewish communities have had to boost their security after four Jewish men were murdered at a kosher supermarket in Paris and a fifth man was shot dead outside a Copenhagen synagogue. 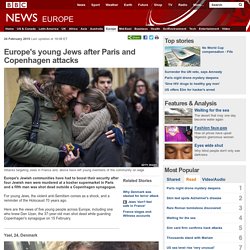 For young Jews, the violent anti-Semitism comes as a shock, and a reminder of the Holocaust 70 years ago. Here are the views of five young people across Europe, including one who knew Dan Uzan, the 37-year-old man shot dead while guarding Copenhagen's synagogue on 15 February. Yael, 24, Denmark Yael: I used to say "Hi" to Dan when I went to the synagogue It feels weird at the moment - on the one hand I feel very safe, on the other I don't. I used to say "Hi" to Dan when I saw him at the synagogue. I went to the synagogue for a memorial to Dan and I was afraid. It means a lot to see my countrymen rallying around us, especially at the memorial. You can see it slowly coming.

'Gerbils replace rats' as main cause of Black Death. 23 February 2015Last updated at 20:02 ET By Rebecca Morelle Science Correspondent, BBC News The much-maligned black rat may not have caused repeated outbreaks of the plague Black rats may not have been to blame for numerous outbreaks of the bubonic plague across Europe, a study suggests. 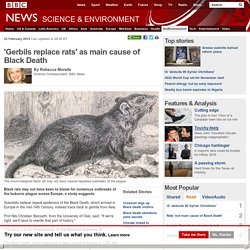 Scientists believe repeat epidemics of the Black Death, which arrived in Europe in the mid-14th Century, instead trace back to gerbils from Asia. Prof Nils Christian Stenseth, from the University of Oslo, said: "If we're right, we'll have to rewrite that part of history. " The study is in the Proceedings of the National Academy of Sciences. The Black Death, which originated in Asia, arrived in Europe in 1347 and caused one of the deadliest outbreaks in human history. Over the next 400 years, epidemics broke out again and again, killing millions of people. Rat reservoir However, Prof Stenseth and his colleagues do not think a rat reservoir was to blame. And this then later led to epidemics in Europe. Was Neville Chamberlain really a weak and terrible leader? 30 September 2013Last updated at 06:00 ET Seventy-five years after the Munich Agreement signed with Hitler, the name of Neville Chamberlain, British prime minister at the time, is still synonymous with weakness and appeasement. 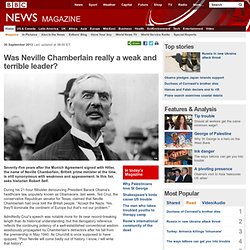 Is this fair, asks historian Robert Self. During his 21-hour filibuster denouncing President Barack Obama's healthcare law, popularly known as Obamacare, last week, Ted Cruz, the conservative Republican senator for Texas, claimed that Neville Chamberlain had once told the British people, "Accept the Nazis. Yes, they'll dominate the continent of Europe but that's not our problem. " Admittedly Cruz's speech was notable more for its near record-breaking length than its historical understanding, but this derogatory reference reflects the continuing potency of a well-established conventional wisdom assiduously propagated by Chamberlain's detractors after his fall from the premiership in May 1940.

Nazis in the news

Tudors. What are the chances of a third world war? 23 February 2014Last updated at 20:30 ET By John Simpson World Affairs Editor, BBC News Three South African soldiers, whose remains were found last year, are buried at Tyne Cot cemetery near Ypres This year Britain is commemorating the centenary of the start of World War One. 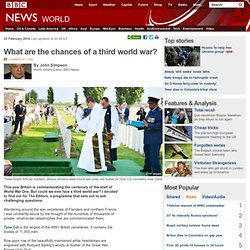 But could we ever face a third world war? I decided to find out for The Editors, a programme that sets out to ask challenging questions. The Butterfly Model by Roy Leighton FRSA by Roy Leighton. The butterfly model www.royleighton.com twitter: Roy_Leighton Education deals with the essence of what it means to be human. 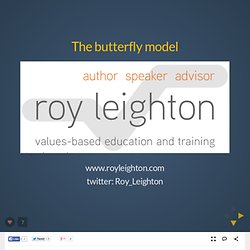 No undertaking is more valuable, more sacred. Daisaku Ikeda Knowledge in the past was like gold: it gave you power, influence and status. Now it's like milk: if you don't use it, share it and refresh it often it will become out of date very quickly. There is no HANDBOOK.

Messages from the Holocaust

Links to Cold War. World War One. A Point of View: The long shadows of war.