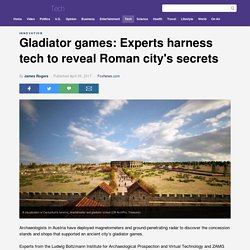 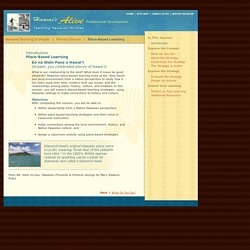 Ancient Hawaii. Ancient Hawaiʻi is the period of Hawaiian human history preceding the unification in 1810 of the Kingdom of Hawaiʻi by Kamehameha the Great. 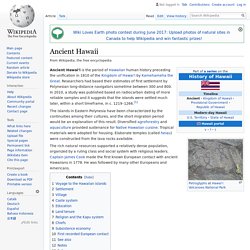 Researchers had based their estimates of first settlement by Polynesian long-distance navigators sometime between 300 and 800. In 2010, a study was published based on radiocarbon dating of more reliable samples and it suggests that the islands were settled much later, within a short timeframe, in c. 1219–1266.[1] The islands in Eastern Polynesia have been characterized by the continuities among their cultures, and the short migration period would be an explanation of this result. 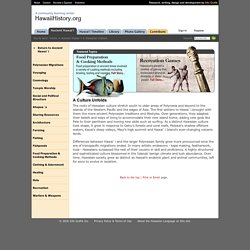 Grades 6 - 8 - Pacific Islanders in Communications. The Land Has Eyes Lesson Plan How Are Cultures (Particularly Those of Native People Who Are Colonized) Impacted Positively and Negatively by New Dominant Cultures? 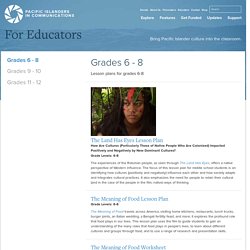 Grade Levels: 6-8 The experiences of the Rotuman people, as seen through The Land Has Eyes, offers a native perspective of Western influence. The focus of this lesson plan for middle school students is on identifying how cultures (positively and negatively) influence each other and how society adapts and integrates cultural practices. Ahupua`a - Hawaii History - Ahupua`a. Ahupua`a The concept of private property was unknown to ancient Hawaiians, but they did follow a complex system of land division. 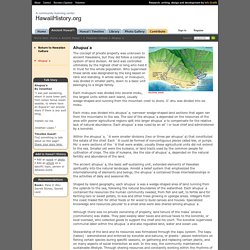 All land was controlled ultimately by the highest chief or king who held it in trust for the whole population. Who supervised these lands was designated by the king based on rank and standing. A whole island, or mokupuni, was divided in smaller parts, down to a basic unit belonging to a single family. Each mokupuni was divided into several moku, the largest units within each island, usually wedge-shaped and running from the mountain crest to shore. Rescue — Media — United States Holocaust Memorial Museum. Narrator Confronted with the persecution and murder of Europe’s Jews during the Holocaust, individuals had a choice whether or not to intervene. 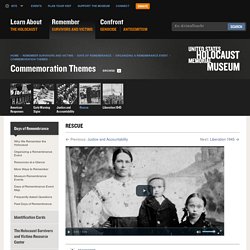 Many opted not to act as Jews were systematically targeted, robbed of their property, crowded into ghettos, separated from their families, and deported to forced labor camps and killing centers. But a small number of individuals in every European country and from all religious, ethnic and political backgrounds risked their lives to help Jews.

Rescue efforts ranged from the isolated actions of individuals to organized networks, large and small. Some stories of rescue are well known, such as that of the German factory owner Oskar Schindler who protected more than 1,000 Jewish workers employed at his plant from deportation to Auschwitz. The Path to Nazi Genocide. Lesson Plan War on the Plains. Iess303. (5) Engineering an Empire - The Aztecs. L'audace historique de l'acquisition de la Louisiane - Judy Walton. Jefferson, the Louisiana Purchase, and the Constitution. Gmail - Free Storage and Email from Google. The Revolution: Rebelling To Revolution. Peloponnesian War and Thucydides. Chap22. 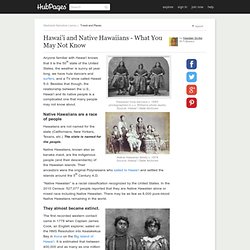 “legal process”. Hawai’i became a U.S. protectorate while an investigation was done by U.S. President Grover Cleveland at the written request of Lili'uokalani. Cleveland and his administration concluded that the overthrow had been illegal (“a grievous wrong has been done…”). He turned the issue over to Congress where it languished while the “straw government” in Hawai’i, who now had Sanford Dole as its President, continued to gain a stronger hold over the islands. Meanwhile, Native Hawaiians launched a massive petition drive to stop the formal annexation of Hawai’i to the U.S. Lili'uokalani traveled to Washington D.C. to present her protest and the petition to Congress.

Maps - National Geographic. 7 Wonders of the Mormon World. Throughout the world, there are sites that are deeply meaningful to members of the Church. 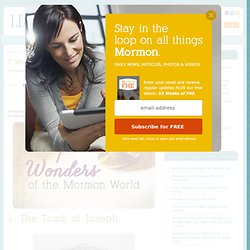 Cherished for their beauty, history, or even their mystery, here is our list of 7 Wonders of the Mormon World. When the Saints were building the Nauvoo Temple, Joseph Smith Jr. had a family tomb built nearby, where he desired to be buried. He wrote, "Let my father, Don Carlos, and Alvin, and children that I have buried be brought and laid in the tomb I have built. Let my mother, and my brethren, and my sisters be laid there also; and let it be called the Tomb of Joseph, a descendant of Jacob.