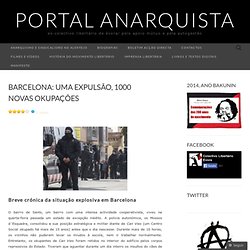 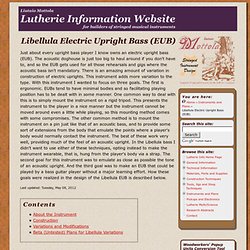 The acoustic doghouse is just too big to haul around if you don't have to, and so the EUB gets used for all those rehearsals and gigs where the acoustic bass isn't mandatory. There is an amazing amount of variation in construction of electric uprights. This instrument adds more variation to the type. With this instrument I wanted to focus on three goals. Wedge Tri-Side Cajon. Features Features a wood grain Artisan II finish, this three-sided cajon is designed to provide the most comfortable playing position by having two matching striking plates that are easily played by each hand while sitting in an upright position. 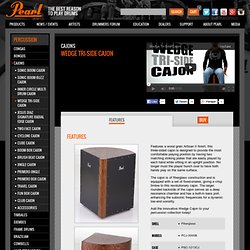 No longer must the player hunch over to have both hands play on the same surface. The cajon is of fiberglass construction and is equipped with a set of fixed-snares, giving a crisp timbre to this revolutionary cajon. The larger, rounded backside of the cajon serves as a deep resonance chamber and has a built-in bass port, enhancing the subsonic frequencies for a dynamic low-end sonority. Accessories. Jingle Cups PJCP-1/6 Jingles that attach to a cajon via suction cups. 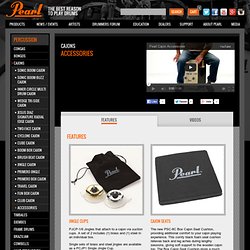 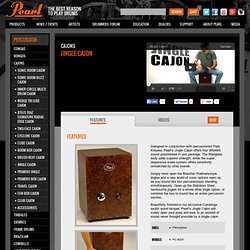 The fiberglass body adds superior strength, while the super responsive snare system offers sensitivity unmatched by other brands. Simply twist open the Brazilian Pratinela-style jingles and a new world of sonic options open up, as you sound like two percussionists blending simultaneously. Open up the Stainless Steel tambourine jingles for a whole other jingle option, or combine the two to sound like an entire percussion section. 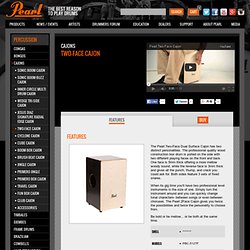 The professional quality wood construction box drum is ported on the side with two different playing faces on the front and back. One face is 5mm thick offering a more mellow woody sound, while the reverse face is 3mm thick and gives all the punch, thump, and crack you could ask for. Both sides feature 3 sets of fixed snares. DIY Guide to PVC Instruments at zZounds. Polyvinyl Chloride, or PVC , is one of the most widely produced plastics in the world, and is most commonly used to make the PVC pipe. 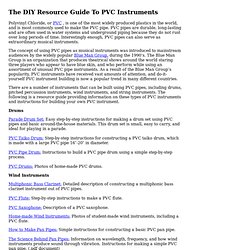 PVC pipes are durable, long-lasting and are often used in water systems and underground piping because they do not rust over long periods of time. Interestingly enough, PVC pipes can also serve as extraordinary musical instruments. The concept of using PVC pipes as musical instruments was introduced to mainstream audiences by the widely popular Blue Man Group, during the 1990’s. The Blue Man Group is an organization that produces theatrical shows around the world staring three players who appear to have blue skin, and who perform while using an assortment of unusual PVC pipe instruments. As a result of the Blue Man Group’s popularity, PVC instruments have received vast amounts of attention, and do-it-yourself PVC instrument building is now a popular trend in many different countries. 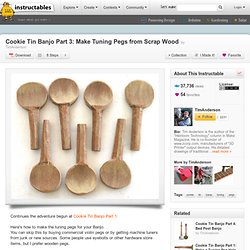 Those pegs are roughed out blanks. You can see the fractal pattern cut by the very abused bandsaw blade. Headless tuner ideas. How To Make Your Own PVC Flute - Part 1. Building_cajon. Pinterest. Tin Can Xylophone. Dig through your recycling bin to find some tin cans to make this great Tin Can Xylophone. 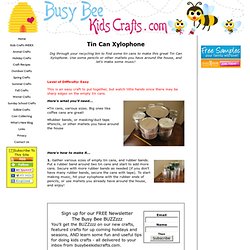 Use some pencils or other mallets you have around the house, and let's make some music! Level of Difficulty: Easy This is an easy craft to put together, but watch little hands since there may be sharp edges on the empty tin cans. Here's what you'll need... •Tin cans, various sizes. •Rubber bands, or masking/duct tape •Pencils, or other mallets you have around the house Here's how to make it... 1. Sign up for our FREE Newsletter The Busy Bee BUZZzzz You'll get the BUZZzzz on our new crafts, featured crafts for up coming holidays and seasons, AND learn some fun and useful tips for doing kids crafts - all delivered to your inbox from busybeekidscrafts.com.

Your email address is totally secure, it is only used to send you the Busy Bee BUZZzzz. Click here to find more Homemade Musical Instruments like the Tin Can Xylophone. 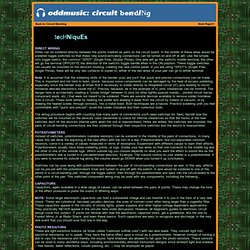 In the middle of these wires would be soldered toggle switches so that these new sound-activating connections can be turned on and off at will. Use the simple mini toggle switch, the common "SPDT" (Single Pole, Double Throw). One wire will go the switch's middle terminal, the other will go the terminal OPPOSITE the direction of the switch's toggle handle when in the ON position. These toggle switches can usually be mounted on the device's housing, creating the new control panel.