Our goal is to bring the ultimate experience of luxurious and safe trips for solo women travelers and women in small groups. Our company aims to conduct signature tours to less explored yet unique destinations, while promoting eco-tourism.

Explore Manas and Royal National Park with Her Expeditions. 14th March (sat) – 17th March (Tue) Located in the south of the Majestic Eastern Himalayas in the Indian state of Assam is the Manas national park reverberating with wildlife. 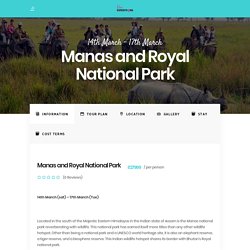 This national park has earned itself more titles than any other wildlife hotspot. Other than being a national park and a UNESCO world heritage site, it is also an elephant reserve, a tiger reserve, and a biosphere reserve. This Indian wildlife hotspot shares its border with Bhutan’s Royal national park. Her Expeditions - Perfect Partner For Solo Woman Travelers and Women Travel Groups. Best Tiger Reserves in India: Best Places to Spot Tigers. Best Tiger Reserves in India: Places to Spot Tigers India has emerged as one of the most sought after tourist attractions on the map of the world. 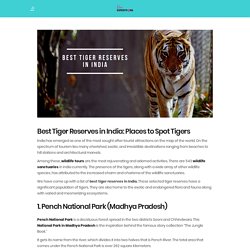 On the spectrum of tourism lies many cherished, exotic, and irresistible destinations ranging from beaches to hill stations and architectural marvels. Among these, wildlife tours are the most rejuvenating and adorned activities. The Silk Road-Uzbekistan - Her Expeditions. 20th April (Friday) – 30th April (Thur) Set between the two rivers- the Syr Darya and the Amu Darya, Uzbekistan is in central Asia. 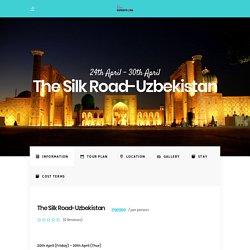 This country was a part of the USSR till 1991. The capital of Uzbekistan is Tashkent and is one of the most sought after places when it comes to Uzbekistan tourism. From deserts to salt marshes and low-lands to mountain ranges, Uzbekistan has varied as well as alluring topography. 6 Unforgettable Places for trips for Solo Women in India. by herexpeditions12. 10 Awesome Destinations for Solo Woman Travelers in India. 10 Awesome Destinations for Solo Women Travelers in India India is an ocean of religions, languages, landscapes, festivals, art, and culture. 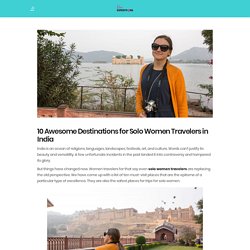 Words can’t justify its beauty and versatility. A few unfortunate incidents in the past landed it into controversy and hampered its glory. But things have changed now. Women travelers for that say even solo women travelers are replacing the old perspective. 1. The Ziro valley is a beautiful place covered with lush greenery. The tribe which is living in this valley for centuries wears large nose rings and dark-colored face tattoos. 2. What are the must see places in Gujarat? Interesting Facts about Glorious Gujarat that you never knew. Interesting Facts about Glorious Gujarat that you never knew Birthplace of many legends like Mahatma Gandhi and Vallabhbhai Patel, Gujarat is appropriately known as the “Land of the Legends.“ From being home to India’s first port city to the world’s most massive ship-breaking yard, Gujarat has many such fascinating places, which make it an ideal place for trips for solo women. 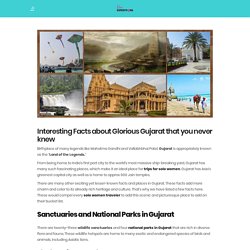 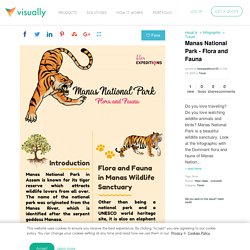 Top 10 Tourist Places To Visit In Rajasthan. Mangrove Forest-Sundarbans - Her Expeditions. 12th March 2020 (Thur) – 15th March 2020 (Sun) Located merely at a distance of 130 kilometers east from Kolkata, Sundarbans National Park is the largest estuarine mangrove forest not only in India but across the world. 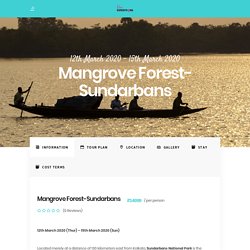 The Sundarbans sprawls on the delta formed by the convergence of the two rivers that is Ganga and Brahmputra. This wildlife sanctuary in Bengal is the last remaining portion of the forests, which once covered the Indo-Gangetic plains. It is a buffer zone between these two majestic rivers and the Indian ocean. The mangrove swamps and estuaries create a unique and ideal ecosystem for many species of flora and fauna to flourish including royal Bengal tigers and saltwater crocodiles. Sundarban forests derive their name from the prominent flora of the forest that is ‘Sundari’ trees. Best Tiger Reserves in India: Best Places to Spot Tigers. 10 Awesome Destinations for Solo Woman Travelers in India. Gujarat - Her Expeditions. Gujarat – The jewel of Western India Gujarat one of the twenty-nine sons of mother India is located in the west of India and is popularly termed as “Jewel of Western India”. 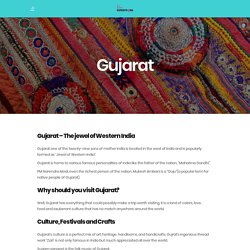 Gujarat is home to various famous personalities of India like the father of the nation, “Mahatma Gandhi”, PM Narendra Modi, even the richest person of the nation, Mukesh Ambani is a “Guju”(a popular term for native people of Gujarat). Why should you visit Gujarat? Well, Gujarat has everything that could possibly make a trip worth visiting. Culture, Festivals and Crafts Gujarat’s culture is a perfect mix of art, heritage, handlooms, and handicrafts. Sugam sangeet is the folk music of Gujarat. They are jubilant people, and this is visible on many occasions, including festivals. Gir When it comes to wildlife and nature reserves, Gujarat’s Gir forest has a lot to offer. An Adventurous Weekend In Pench National Park. An Adventurous Weekend In Pench National Park India has oodles of wildlife sanctuaries and national parks. 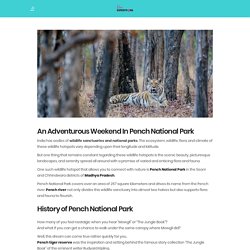 The ecosystem, wildlife, flora, and climate of these wildlife hotspots vary depending upon their longitude and latitude. But one thing that remains constant regarding these wildlife hotspots is the scenic beauty, picturesque landscapes, and serenity spread all around with a promise of varied and enticing flora and fauna. One such wildlife hotspot that allows you to connect with nature is Pench National Park in the Seoni and Chhindwara districts of Madhya Pradesh. Best Travel Experience for Solo Women Travelers. Sanchi Aggarwal is a professional photographer born in the capital city of India, New Delhi. 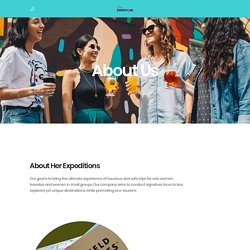 She holds an engineering degree in electronics and communication. However, she soon realized that the creativity within her desires to take her far beyond her interest in machines and tools! To give creativity to her channel, Sanchi stepped into the world of photography. Incredible Places To Visit Near Pench National Park. 6 Unforgettable Places For trips for solo women In India. Dear solo women travelers, being travel enthusiasts ourselves, we understand your love for travelling.

And we know the efforts one has to put before deciding the places which are safe, irresistible as well as pocket-friendly. That’s why we have come with a list of 6 unforgettable places so that you can plan your next ventures without any stress. 1. Nainital A beautiful hill station in northern India with a pleasant climate, Nainital is an ideal retreat for people who enjoy hills and serene atmosphere. 2.

Eleven reliable tips for solo women travelers. Eleven Reliable Tips For Solo Women Travelers Are you planning to travel to someplace for long, but you are having a hard time finding someone willing to be a partner in crime with you on this lifetime adventure? Well, it is high time women should consider traveling alone. In fact, many solo women travelers have already set a precedent. And from the experiences of these rebellious hearts and wanderer souls, traveling the world solo is very liberating and enlightening at the same time.

But sometimes this world for solo women can turn too horrible to hush this fact aside before starting your venture. Following these tips will ensure your safety while you can explore the world. Is it safe to travel alone in India as a woman? The answer to this question is not a simple “yes” or “no.” Even in our homes, we have to take some precautions and measures to ensure our safety. So a trip to India can be safe as well as fulfilling if we take care of some prerequisites before setting out on our journeys. Pench National Park – Madhya Pradesh - Her Expeditions. 23rd January (Thurs) – 26th January (Sun) The best way to unplug from the continually demanding world and life is to walk down a forest. Once you get disconnected from the noise outside, you would automatically find your way back to the peaceful and blissful realm.

Finding such rarity and planning a trip could be tiring. But don’t worry, we have got your back. Assam - Her Expeditions. Assam Assam- famous for its aromatic tea in the whole world is an Indian state in the south of the majestic eastern Himalayas. Jorhat- a city in Assam, is also known as the tea capital of the world. It is a land of rivers, hills, lakes with captivating scenery, an abode to the many endangered species of birds and animals. Why you should visit Assam Assam is a bewitching amalgamation of natural and artificial landscapes.

Gujarat - Her Expeditions. 10 Awesome Destinations for Solo Woman Travelers in India. Gujarat Wildlife Tour - Blackbuck National Park - Velavadar. Overview of the park. Manas And Royal National Park. Various Wildlife Sanctuaries And National Parks in Rajasthan. HerExpeditions: Five National Parks in Madhya Pradesh. Pench National Park The inspiration behind the famous story collection "The Jungle Book" written by the eminent writer Rudyard Kipling is the Pench National Park in the forests of Seoni and Chhindwara districts of Madhya Pradesh. It is the same forest which was home to our childhood friend Mowgli and hunting ground to the Mowgli's eternal enemy Sher Khan-the royal Bengal tiger. This national park derives its name from the Pench river which feeds its flora and fauna. Guide to The land of Leopards - Jawai Bandh. Guide to The land of Leopards -Jawai Bandh.