Happy to share info on supefood that are easy to find in China, either via online shopping or by your closest grocery store !

Get the Scoop on Kiwifruit: 8 Delightful Tidbits for Fruit Lovers. It may be questionably small, brown and hairy, but kiwifruit is full of surprises once you get through the skin to enjoy the taste and health benefits of the delicious flesh. 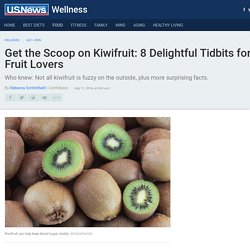 Here are eight surprising facts you probably didn't know about kiwifruit: 1. The 5 Cleanest Sources of Plant-Based Fats. What a glorious day it is when you are sent out in search of something fatty to eat! 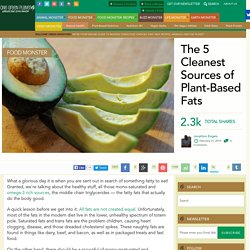 Granted, we’re talking about the healthy stuff, all those mono-saturated and omega-3 rich sources, the middle chain triglycerides — the fatty fats that actually do the body good. A quick lesson before we get into it: All fats are not created equal. Unfortunately, most of the fats in the modern diet live in the lower, unhealthy spectrum of totem pole.

Saturated fats and trans fats are the problem children, causing heart clogging, disease, and those dreaded cholesterol spikes. What Are the Benefits of Carob? Carob is frequently used as a chocolate substitute in baking and in sweets, although it is not from the same plant. 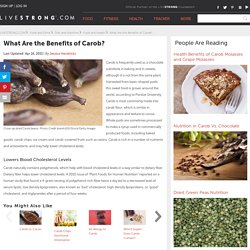 Harvested from bean-shaped pods, this sweet food is grown around the world, according to Purdue University. Carob is most commonly made into carob flour, which is similar in appearance and texture to cocoa. Whole pods are sometimes processed to make a syrup used in commercially produced foods, including baked goods, carob chips, ice cream and carob-covered fruits such as raisins. Carob is rich in a number of nutrients and antioxidants, and may help lower cholesterol levels. Carob naturally contains polyphenols, which help with blood cholesterol levels in a way similar to dietary fiber. The polyphenols in carob are also powerful antioxidants, protecting your body from damage from free radicals and environmental toxins. Carob is naturally high in calcium, an essential mineral. 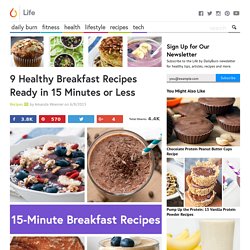 While you want to eat breakfast, you just don’t have time to whip up that delicious frittata or baked oatmeal you know would keep you full until lunch. The Ultimate Guide to Oatmeal — Tips from The Kitchn. Oatmeal is healthy, inexpensive, and as versatile as it gets. 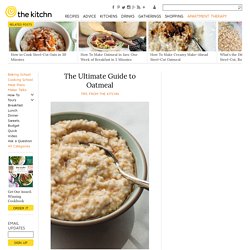 It's a satisfying morning breakfast that's filling without being too heavy. We love oatmeal because you can make a large batch, but personalize each bowl to your mood or what's in your pantry: brown sugar and cinnamon for a cold winter day, juicy stone fruit in the summer, or even cheese and a soft-poached egg for a savory twist. Here's everything you need to know about oatmeal, from the different varieties to tips and techniques that will help you take your oatmeal game to a whole new level! Now you have no excuse not to bring oatmeal back to the breakfast table.

What Are the Different Kinds of Oatmeal? How to Make Homemade Bone Broth. 10 Proven Benefits of Kale (No. 1 is Very Impressive) Of all the super healthy greens, kale is the king. 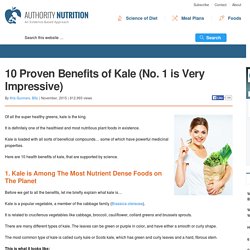 It is definitely one of the healthiest and most nutritious plant foods in existence. Kale is loaded with all sorts of beneficial compounds… some of which have powerful medicinal properties. Here are 10 health benefits of kale, that are supported by science. 1. Kale is Among The Most Nutrient Dense Foods on The Planet. 10 Evidence-Based Health Benefits of Cinnamon. Cinnamon is a highly delicious spice. 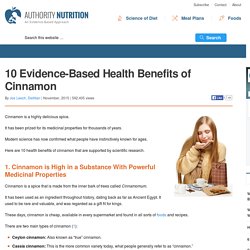 It has been prized for its medicinal properties for thousands of years. Modern science has now confirmed what people have instinctively known for ages. Here are 10 health benefits of cinnamon that are supported by scientific research. 1. The health benefits of... beetroot. An introduction to beetroot Like many modern vegetables, beetroot was first cultivated by the Romans. 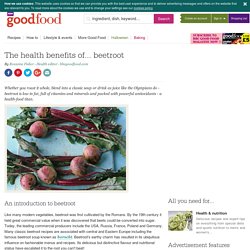 By the 19th century it held great commercial value when it was discovered that beets could be converted into sugar. The amazing health benefits of turmeric. Turmeric, an orange-colored spice imported from India, is part the ginger family and has been a staple in Middle Eastern and Southeast Asian cooking for thousands of years. 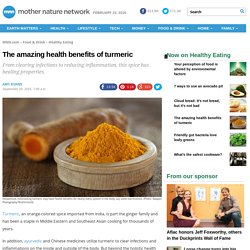 In addition, ayurvedic and Chinese medicines utilize turmeric to clear infections and inflammations on the inside and outside of the body. But beyond the holistic health community, Western medical practitioners have only recently come on board in recognizing the health benefits of turmeric. PHOTO BREAK: 11 food rules you should ignore Here are some of the ways turmeric may benefit your body. Blocking cancer Doctors at UCLA found that curcumin, the main component in turmeric, appeared to block an enzyme that promotes the growth of head and neck cancer. 10 Health Benefits of Turmeric - part 1. Turmeric, also known as curcuma longa, is a very common herb. 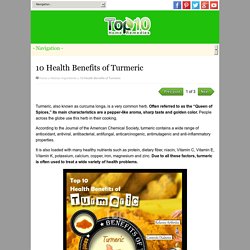 Often referred to as the “Queen of Spices,” its main characteristics are a pepper-like aroma, sharp taste and golden color. People across the globe use this herb in their cooking. According to the Journal of the American Chemical Society, turmeric contains a wide range of antioxidant, antiviral, antibacterial, antifungal, anticarcinogenic, antimutagenic and anti-inflammatory properties.