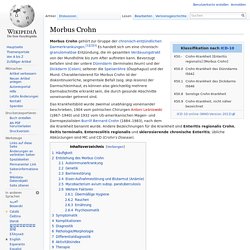 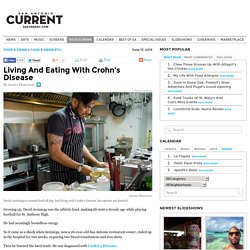 Growing up, David Arciniega was the athletic kind, making all-state a decade ago while playing football for St. Anthony High. He had seemingly boundless energy. So it came as a shock when Arciniega, now a 26-year-old San Antonio restaurant owner, ended up in the hospital for two weeks, requiring two blood transfusions and iron shots. Then he learned the hard truth: He was diagnosed with Crohn's Disease. Piles of work, stress, poor diet and drinking are what finally caused a physical breakdown, said Arciniega, who described symptoms of fatigue and indigestion so painful it would bring tears to his eyes.

"My schedule before going to the hospital was get my bar going, go to Alamo Street Eat and hit up Where Y'at or Attaboy and eat," he told the San Antonio Current. "Patients would likely have had issues for a while — diarrhea, weight loss, pain. Student grows guts for chronic research. Last updated 11:15, June 22 2015 Emily Spink/Fairfax NZ Gabrielle Budd is researching how liquid formulas can help patients suffering from chronic inflammatory bowel diseases, by growing mini guts. 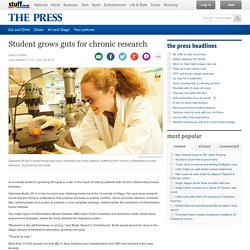 A university student is growing mini guts in a lab, in the hope of helping patients with chronic inflammatory bowel diseases. Remission Of Crohn’s Disease May Be Aided By Vitamin D. Written By: WholeFoods Magazine Staff Dublin, Ireland—While Vitamin D (vitD) has proven in the past to offer many health benefits, a new study has found that “vitD supplementation may prolong remission in Crohn’s disease (CD),” according to the abstract of the study published in June’s issue of United European Gastroenterology Journal. 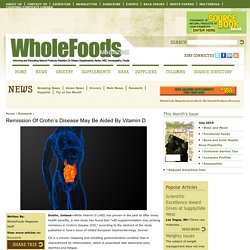 CD is a chronic relapsing and remitting gastrointestinal condition that is characterized by inflammation, which is associated with abdominal pain, diarrhea and fatigue. In the double-blind randomized placebo-controlled study, 27 patients with CD in remission were assigned to take 2,000 IUs per day of vitD for three months. At the three-month mark, researchers found that those with 25(OH)D greater than 75 nmol/L had a higher LL-37 concentrations, higher QoL, lower CRP and non-significantly lower CDAI scores than those that had a 25(OH)D lower than 75 nmol/L. Daily vitamin D supplement may prolong remission from Crohn’s disease, study finds. Study finds racial disparities among children with Crohn's disease. A study published recently in the IBD Journal found significant differences in hospital readmissions, medication usage, and both medical and surgical complications of children with Crohn's disease related to race. 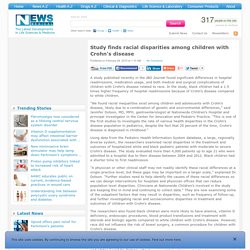 In the study, black children had a 1.5 times higher frequency of hospital readmissions because of Crohn's disease compared to white children. Viruses May Play Role in Crohn's Disease, Colitis: Study. More research is needed to define what role they play, researcher says WebMD News from HealthDay By Robert Preidt HealthDay Reporter. 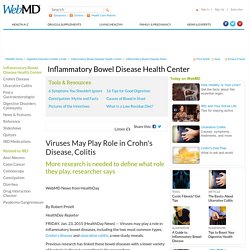 Study Reveals Specific Gut Bacteria Involved in Crohn's Disease. For the thousands of people in the U.S. who suffer daily from Crohn’s disease, treatments mainly target the symptoms, with no known cure. 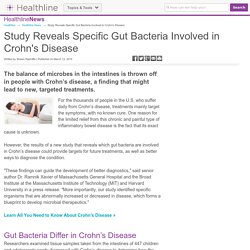 One reason for the limited relief from this chronic and painful type of inflammatory bowel disease is the fact that its exact cause is unknown. However, the results of a new study that reveals which gut bacteria are involved in Crohn’s disease could provide targets for future treatments, as well as better ways to diagnose the condition. "These findings can guide the development of better diagnostics," said senior author Dr. Ramnik Xavier of Massachusetts General Hospital and the Broad Institute at the Massachusetts Institute of Technology (MIT) and Harvard University in a press release. Study Shows One Common Food Additive Causes Crohn’s Disease And Colitis. A new study has revealed that one common additive in many processed foods, including breads, candy, mayonnaise, and ice cream can cause inflammatory bowel diseases like ulcerative colitis and Crohn’s disease. 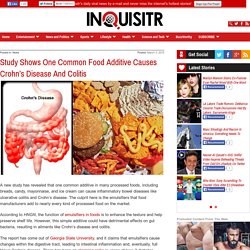 The culprit here is the emulsifiers that food manufacturers add to nearly every kind of processed food on the market. According to HNGN, the function of emulsifiers in foods is to enhance the texture and help preserve shelf life.