How the Dunning-Kruger Effect Explains Our Ignorance Today. At five-foot-six and 270 pounds, the bank robber was impossible to miss. 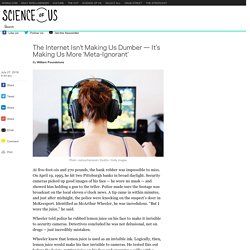 On April 19, 1995, he hit two Pittsburgh banks in broad daylight. Security cameras picked up good images of his face — he wore no mask — and showed him holding a gun to the teller. Police made sure the footage was broadcast on the local eleven o’clock news. A tip came in within minutes, and just after midnight, the police were knocking on the suspect’s door in McKeesport. Identified as McArthur Wheeler, he was incredulous. Wheeler told police he rubbed lemon juice on his face to make it invisible to security cameras. Wheeler knew that lemon juice is used as an invisible ink. Wheeler went to jail and into the annals of the world’s dumbest criminals.

Dunning and a graduate student, Justin Kruger, embarked on series of experiments testing this premise. Later research went far beyond the university. Incredible change: Much-loved 1991 map of Melbourne is updated for 2017. The creators of a much-loved, quirkily hand-drawn map of Melbourne released in 1991 hope a new generation will fall in love with a brand new 2017 version. 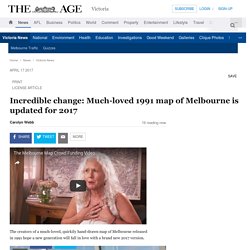 Producer Melinda Clarke says the city has changed "incredibly" in the 26 years since she and artist Deborah Young released the Melbourne Map, which depicted buildings, parks, trams and people in affectionate detail. Atlasobscura. It’s official. 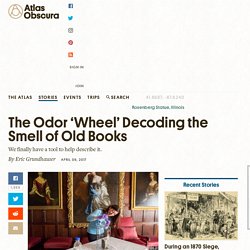 Science has decided that old books smell “smoky,” “earthy,” and more than anything, “woody.” Your Digital Life After Death – TED Fellows – Medium. “What happens to your digital presence after you die?” 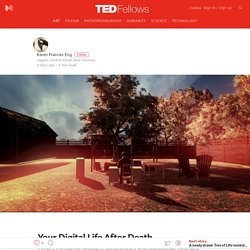 Only a short while ago, no one had to consider what would become of the long trail of personal data we leave all over the internet. Now, artist and TED Fellow Gabriel Barcia-Colombo (TED Talk: Capturing memories in video art) is using this data as raw material to generate high-tech memorials that bring back to life those we’ve lost — and spark a conversation about our virtual lives and death. With a grant from Art and Technology Lab at the Los Angeles County Museum of Art (LACMA), and working with what he calls “an artistic X-Men,” Barcia-Colombo created the Hereafter Institute, a fictional, futuristic funeral home that offers clients consultations for various high-tech options for leaving a digital legacy — from video lockets to vinyl pressings to data-driven custom funerals. Take a peek at what’s on offer. Measuring Worth - Relative Worth Comparators and Data Sets.

The 10 Best And 5 Worst Food Developments Of The Last 10 Years. Age of Distraction: Why the idea digital devices are destroying our concentration and memory is a myth. Every time I participate in a discussion of educators , sooner or later I will encounter the lament that “sadly ours is an Age of Distraction”. 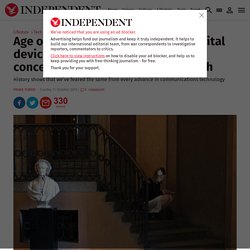 The conviction that we live in an age of distraction has acquired the status of an incontrovertible truth. Teachers and commentators regularly contend that the younger generations have lost the capacity to concentrate because of the distracting technology available. Adults are also said to be afflicted by the disabling effects of their distracted minds. Discussions on literacy often blame digital distractions for our allegedly poor reading habits. Not a day seems to go by without the publication of yet another cautionary study. According to this study of the memory habits of 6,000 adults, looking up information online “prevents the building up of long term memories”.

These are the top 10 emerging technologies of 2016. A diverse range of breakthrough technologies, including batteries capable of providing power to whole villages, “socially aware” artificial intelligence and new generation solar panels, could soon be playing a role in tackling the world’s most pressing challenges, according to a list published today by the World Economic Forum. 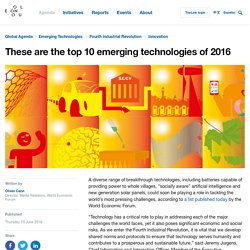 “Technology has a critical role to play in addressing each of the major challenges the world faces, yet it also poses significant economic and social risks. As we enter the Fourth Industrial Revolution, it is vital that we develop shared norms and protocols to ensure that technology serves humanity and contributes to a prosperous and sustainable future,” said Jeremy Jurgens, Chief Information and Interaction Officer, Member of the Executive Committee, World Economic Forum. Olympic Medals per Capita. 18 things that might soon be obsolete – The smartphone is able to replace a lot of the things we use to need. 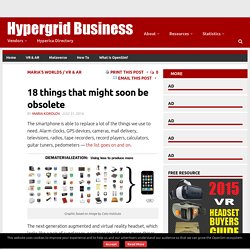 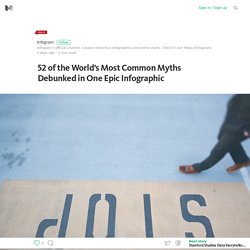 Street Art with Google Art Project. Take a Ride on 10 of the World's Most Mind-Blowing Elevators. This elevator doesn't go to space, it just looks like it. 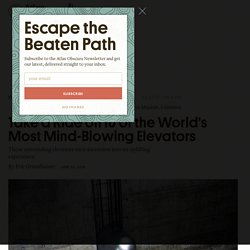 I fly 747s for a living. Here are the amazing things I see every day. I've loved airplanes for as long as I can remember, but it wasn't until my late 20s that I started training to become a commercial airline pilot. 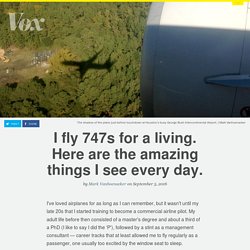 Pakistani Musicians Play Amazing Version of Dave Brubeck’s Jazz Classic, “Take Five” How’s this for fusion? Here we have The Sachal Studios Orchestra, based in Lahore, Pakistan, playing an innovative cover of “Take Five,” the jazz standard written by Paul Desmond and performed by The Dave Brubeck Quartet in 1959. Before he died last year, Brubeck called it the “most interesting” version he had ever heard. Powerpuff Yourself. How Much Data Would Make Your iPhone Heavier? Four Quadrillion Times Your Memory. What ten popular sites looked like 15 years ago. It was the year 2000 and all the .GIF files in the land united on the World Wide Web to present you with information in a new, exciting way. The White House website, only six-years-old at the time, had animated American flags, fluttering virtually as though they were high above the White House in the wind. Back in Australia, then Prime Minister John Howard's website was emitting strong patriotism too, with a flag here and there.

Britney Spears? She was encouraging users to sign up to her website to receive "secret personal photos". Groupthink: too much connectivity may stifle innovation - Science. Posted Completely breaking down 'silos' could actually be the enemy of innovation, a study has found. Key points Experiments tested whether groups of 12 people could find a theoretical remedy to fight a virusFragmented teams were better at problem solving than teams who worked together as a group.Study suggests cultural diversity drives creativity and innovation. The research suggests a certain amount of fragmentation is needed in a population to prevent everyone converging on the same solution to the same problem. In a study published today in the Proceedings of the National Academy of Sciences, researchers conducted a series of experiments in which 144 volunteers — organised into groups of six — were each given the computer-based challenge of developing a theoretical remedy to fight a virus.

27 Question to Ask Instead of “What Do You Do?” Take a Virtual Tour of Machu Picchu, One of the New 7 Wonders of the World. Weather Forecasting, in the Age of Misinformation. The breaking point may have been during the middle of Winter 2014–2015. 20 brilliant photographs which hugely impressed us in 2015. Sometimes, you see a photograph which summons a whole storm of emotions inside.

The Other Autistic Muppet. Here's How Long it Would Take for Vampires to Annihilate Humanity. A microbiologist recreated 'Starry night' with bacteria in a petri dish...and it's not too shabby. 100 Wonders: The Bone Church. Just spotted this on Facebook. What Is The Point Of A Pug–and 19 Other Dog Breeds? 15 Unusual (But Awesome) Websites to Use in the Classroom. Map Monday: A Swirling, Hand-Drawn, Impossibly Detailed London Map. Why Does the Australian Flag Still Have a Union Jack? 10 Insanely Weird Wikipedia Articles You Should Read. How Does Advertising Make Us Buy? [Infographic] Life Explained via 7 Post-it Note Graphs. 10 Odd Emotions You May Have Experienced.

IDEO Webring. How to Never Succumb to Boredom — Bright. Netball: The Sport America Invented, Then Lost.