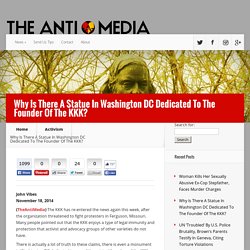 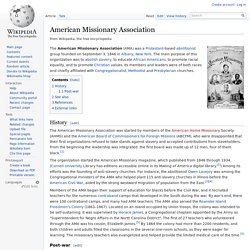 The main purpose of this organization was to abolish slavery, to educate African Americans, to promote racial equality, and to promote Christian values. Its members and leaders were of both races and chiefly affiliated with Congregationalist, Methodist and Presbyterian churches. History[edit] The American Missionary Association was started by members of the American Home Missionary Society (AHMS) and the American Board of Commissioners for Foreign Missions (ABCFM), who were disappointed that their first organizations refused to take stands against slavery and accepted contributions from slaveholders.

Did You Know These Nursery Rhymes Had Racist Roots? .facebook 917348527. The Hamburg Massacre occurs. News Coverage (Cartoon) *On this date in 1876, the Hamburg, Massacre occurred. 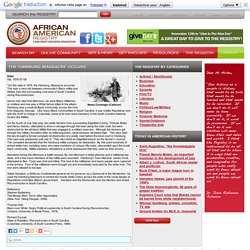 This was a race riot between community's Black militia and Whites from the surrounding rural area of South Carolina during Reconstruction. Seven men died that afternoon, six were Black militiamen or civilians and one was a White farmer killed in the attack. KKK rebrand: Blacks, Hispanics, gays & Jews now welcomed by Ku Klux Klan — RT USA. .facebook 1465332820. Notable Kentucky African Americans - Derby Celebration - Party Invitations in Khaki. Throw The Best Derby Day Bash On The Block. In the Southern party pantheon, celebrating the Kentucky Derby is right up there with tailgating and dinners on the ground. 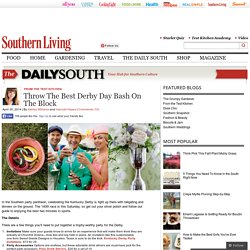 The 140th race is this Saturday, so get out your silver polish and follow our guide to enjoying the best two minutes in sports. The Details There are a few things you’ll need to put together a trophy-worthy party for the Derby. Invitations Make sure your guests know to arrive for an experience that will make them think they are actually at Churchill Downs—bow ties and big hats in place.

An invitation like this customizable one from Sweet Greets Designs in Houston, Texas is sure to do the trick. The Perfect Mint JulepWhen it comes to this drink, simple is better. Winning MenuThe Derby is also a perfect cause to enjoy spring’s fresh flavors. Throw The Best Derby Day Bash On The Block. Kentucky Derby Recipes - Southern Living Mobile.

Kentucky Derby Day Recipes and More! on Pinterest. Black Jockeys Once Major Force In Horse Racing. BALTIMORE - On May 10, 1889, George "Spider" Anderson made history by riding Buddhist to an easy victory in the Preakness. 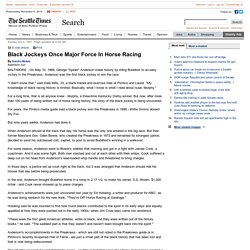 Anderson was the first black jockey to win the race. "I didn't know that," said Dale Mills, 33, a black trainer and exercise rider at Pimlico and Laurel. "My knowledge of black racing history is limited. The black jockey shaking up horse racing. S’manga Khumalo, who first saw a horse when he was 14, won Africa’s biggest race last month after 116 consecutive years of white winners. 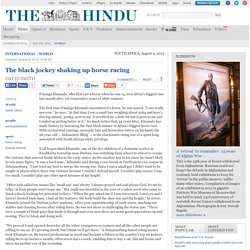 The first time S’manga Khumalo encountered a horse, he was scared. “I was really nervous,” he says. “At that time I was a small boy weighing about 30kg and here’s this big animal, 500kg, next to me. It terrified me a little bit but it grew in me and I ended up getting better at it.” So much better that, 14 years later, Khumalo has made history by becoming the first black winner of Africa’s biggest horse race. It all began when Khumalo, one of the five children of a domestic worker in KwaMashu township near Durban, was switching from school to school to escape the violence that scarred South Africa in the early 1990s. Black in the saddle: The history of African-American jockeys in the Kentucky Derby. Jockeys Kevin Krigger and Isaac Burns Murphy. 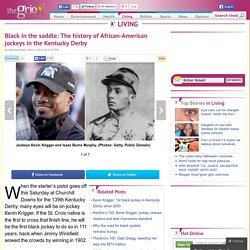 (Photos: Getty, Public Domain) Jockey Kevin Krigger looks on following a morning training session in preparation for the 2013 Kentucky Derby at Churchill Downs on May 2, 2013 in Louisville, Kentucky. (Photo by Jamie Squire/Getty Images) Jockey Kevin Krigger (R) shakes hands with trainer D. Lawn jockey. The "Cavalier Spirit" style A lawn jockey is a small statue of a man in jockey clothes, intended to be placed in front yards, similarly to garden gnomes. 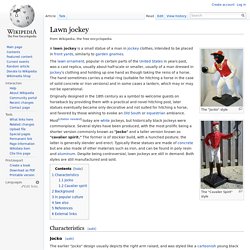 The lawn ornament, popular in certain parts of the United States in years past, was a cast replica, usually about half-scale or smaller, usually of a man dressed in jockey's clothing and holding up one hand as though taking the reins of a horse. The hand sometimes carries a metal ring (suitable for hitching a horse in the case of solid concrete or iron versions) and in some cases a lantern, which may or may not be operational. Originally designed in the 18th century as a symbol to welcome guests on horseback by providing them with a practical and novel hitching post, later statues eventually became only decorative and not suited for hitching a horse, and favored by those wishing to evoke an Old South or equestrian ambiance. Characteristics[edit] Jocko[edit] Cavalier spirit[edit] Background[edit] Charles L.