Don’t just look – smell, feel, and hear art. Tate’s new way of experiencing paintings. New to Harlem and its culinary scene is Vinatería, an eco friendly new restaurant that looks less earnest and more chic. Designed by Jonsara Ruth (director of the M.F.A. interior design program at Parsons), everything here has been reused, repurposed or r. Reversible Retail Bags : rag bag. Fashion retail is an enormous industry in the West, with people constantly buying more clothes than they need -- the consequences of which the Rag Bag hopes to address. 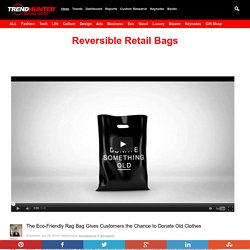 From fashion brand Uniforms for the Dedicated, The Rag_Bag gives clothing retailers a sustainable solution when it comes to social corporate responsibility. By placing new purchases in the biodegradable bag, customers can turn the Rag Bag inside out and easily donate used clothing. Metropolitan Compost Islands : Green Loop. 'Green Loop' is a proposed network of dual-purpose composting hubs and public parks for the city of New York. 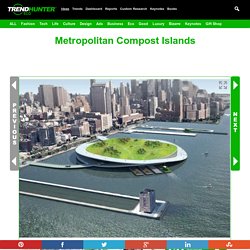 It is the brainchild of New York architecture firm Present Architecture. The Green Loop is essentially a collection of ten islands -- at least one in each borough of the city -- containing a composting facility with an elevated public park. The composting facilities would process organic waste into compost, while the elevated public spaces could accommodate parks, recreation centers and educational facilities.

With New York City producing over 14 million tons of trash and offering less open space per person that most major North American cities, the Green Loop aims to kill two birds with one stone. Organic waste makes up 30% of all residential waste, and composting it would help reduce greenhouse gas emissions while alleviating traffic and pollution problems caused by trucking the garbage to out-of-state landfills. G-Pod shipping container has the works in a drawer. Everybody loves the idea of shipping container housing, taking the cheap and ubiquitous boxes and piling them up like Legos. 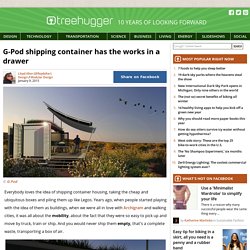 Years ago, when people started playing with the idea of them as buildings, when we were all in love with Archigram and walking cities, it was all about the mobility, about the fact that they were so easy to pick up and move by truck, train or ship. And you would never ship them empty, that's a complete waste, transporting a box of air. © G-Pod The G-pod is like a throwback to those days. Architect Dan Sparks has designed this flexible shipping container unit with pop-out sides so that it it travels full of stuff (bathrooms and bedrooms) that slide out to make more room inside. Animation H 264 Short - YouTube from G-POD on Vimeo. According to the brochure, Humanity’s requirement for GREEN, or environmentally sustainable building solutions, is obvious and urgent.

Tommy Hilfiger’s device-charging jacket: Sustainable solution or solar-powered silliness? Tommy Hilfiger has launched a jacket with solar panels, and we’re not sure how we feel about it. 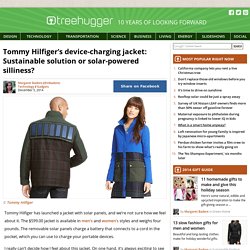 The $599.00 jacket is available in men’s and women’s styles and weighs four pounds. The removable solar panels charge a battery that connects to a cord in the pocket, which you can use to charge your portable devices. I really can’t decide how I feel about this jacket. On one hand, it’s always exciting to see new applications for renewable energy sources—and this isn’t vapourware either, you can order it right now for holiday delivery.

Plus, half of the proceeds go to support The Fresh Air Fund, a program that helps send needy New York City boys to summer camps. G-Star Launches Raw for the Oceans Collection. Today G-Star launched its eco initiative RAW for the Oceans, a collaborative project that that takes plastic from the world’s oceans and transforms it into innovative denim and apparel. 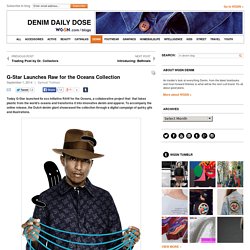 To accompany the online release, the Dutch denim giant showcased the collection through a digital campaign of quirky gifs and illustrations. Following the announcement of the Raw for the Oceans collection back in February, Dutch denim brand G-Star along with its brand partner Pharrell Williams unveils the pieces for the seasonal offering. H&M Go Green With Conscious Denim Collection. Scandinavian retail giant H&M offers a sustainable alternative to your average pair of jeans with the launch of their green line, Conscious. 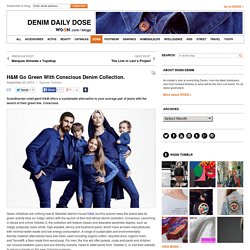 Green initiatives are nothing new to Swedish fashion house H&M, but this autumn sees the brand take its green activity blue (or indigo rather) with the launch of their first ethical denim collection, Conscious. Christophe Guinet "Grows" Nike Sneakers From Flowers, Seeds. Christophe Guinet isn’t, in the words of Nike, just doing it; he’s growing it. 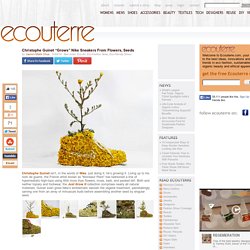 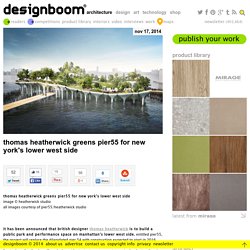