Mind-Reading. Probably no more “intrusive and persistent” method of obtaining information about a person exists than reading their mind.1 Research on mind-reading has been vigorously pursued by US government agencies and various academic centers since the 1970s, and continues to this day. 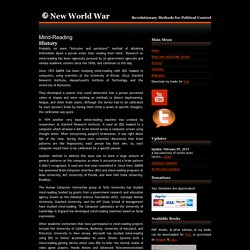 Since 1973 DARPA has been studying mind-reading with EEG hooked to computers, using scientists at the University of Illinois, UCLA, Stanford Research Institute, Massachusetts Institute of Technology, and the University of Rochester. They developed a system that could determine how a person perceived colors or shapes and were working on methods to detect daydreaming, fatigue, and other brain states. Although the device had to be calibrated for each person’s brain by having them think a series of specific thoughts, the calibration was quick. In 1974 another very basic mind-reading machine was created by researchers at Stanford Research Institute. Both of these methods are almost simultaneous with neuronal activity.

Dr. Crucial engines you must know. Just another WordPress.com site. Cyberlaw Currents » A Frankfurt Kurnit Blog About the Law of Doing Business on the Internet. Domain Name Disputes. Complying with the Telemarketing Sales Rule. Introduction The Amended TSR at a Glance Charities and For-Profit Telemarketers Calling on Their Behalf Who Must Comply with the Amended TSR? 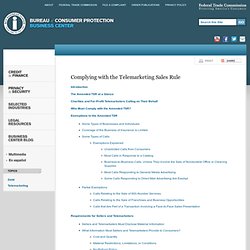 Exemptions to the Amended TSR Requirements for Sellers and Telemarketers Assisting and Facilitating Sellers or Telemarketers Who Violate the Rule is Prohibited Credit Card Laundering is Prohibited Unauthorized Billing Protecting Consumers’ Privacy Fraudulent Telemarketing Operations Recordkeeping Requirements. Jury Duty Scam. Scam: Identity thieves trick the unwary into revealing their personal details by telling them they've failed to report for jury duty and warrants for their arrest are being issued. 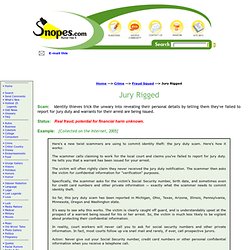 Example: [Collected on the Internet, 2005] Origins: This helpful heads-up began appearing in inboxes in August 2005. While this particular attempt to coerce information from potential identity theft victims is not new, it is real. In a number of U.S. states, con artists have been contacting people by phone to assert those they've targeted have evaded jury duty and announce warrants are being issued for their arrest.

When the about-to-be-duped protest they never received such notifications, that surely a mistake has been made, the sharpies go after what they really want, which is their pigeons' personal and financial information. On 22 August 2005, the Minnesota Judicial Branch issued a warning about the bogus calls. In New Mexico, Rep. In February 2004, the scam was active in Charles County, Maryland. Sources: Logotherapy. Basic principles[edit] The notion of Logotherapy was created with the Greek word logos ("meaning").

Frankl’s concept is based on the premise that the primary motivational force of an individual is to find a meaning in life. The following list of tenets represents basic principles of logotherapy: Life has meaning under all circumstances, even the most miserable ones.Our main motivation for living is our will to find meaning in life.We have freedom to find meaning in what we do, and what we experience, or at least in the stand we take when faced with a situation of unchangeable suffering.[4] The human spirit is referred to in several of the assumptions of logotherapy, but the use of the term spirit is not "spiritual" or "religious".

Vū is a beautiful way for you to explore the news you care about on your Android phone & tablet! 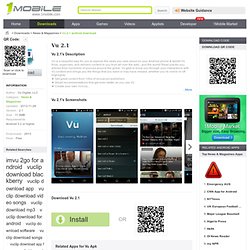 Vū finds, organizes, and delivers content to you from all over the web...and the world! Read just-for-you articles from hundreds of sources around the globe. Vū gets to know you through your interactions with Vū content and brings you the things that you want or may have missed, whether you’re online or off.Highlights: ★ Get great content from 100s of renowned publishers ★ Smart recommendations that get even better as you use Vū ★ Create your own Vu's by... Vū is a beautiful way for you to explore the news you care about on your Android phone & tablet!

ArcNote. Appy Geek (français) NewsHunt, India's #1 mobile newspaper app brings together the News from 80+ regional newspapers in 11 languages, and the largest collection of regional language ebooks from the world. 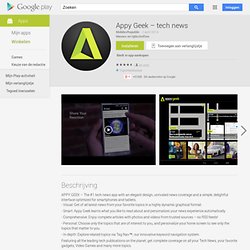 Features:• Read Free Books—Choose from thousands of free ebooks such as The Adventures of Sherlock Holmes to Alice in Wonderland* Shop for Books—Easily shop for ebooks, including new releases* Pay using your mobile phone in addition to your credit/debit cards - Buy eBook using your mobile operator. Do enjoy reading your favourite newspapers & ebooks on ‘NewsHunt : India News | ebooks'.