Upton Sinclair. 20th-century American novelist, writer, journalist, political activist Many of his novels can be read as historical works. 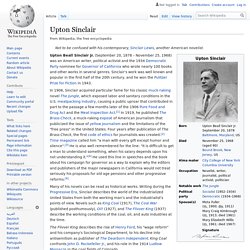 Writing during the Progressive Era, Sinclair describes the world of the industrialized United States from both the working man's and the industrialist's points of view. Novels such as King Coal (1917), The Coal War (published posthumously), Oil! (1927), and The Flivver King (1937) describe the working conditions of the coal, oil, and auto industries at the time. The Flivver King describes the rise of Henry Ford, his "wage reform" and his company's Sociological Department, to his decline into antisemitism as publisher of The Dearborn Independent. Early life and education[edit] Jacobo Árbenz. Árbenz was born in 1913 to a wealthy family, son of a Swiss German father and a Guatemalan mother. 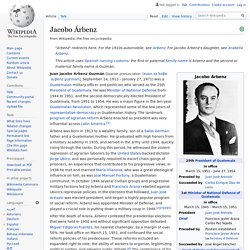 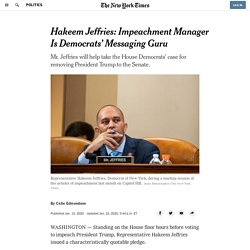 “We will impeach Donald John Trump,” said Mr. Jeffries, Democrat of New York. “We will clarify that, in America, no one is above the law.” Having already made good on the first prong of his vow, he will take up the second in the coming weeks as one of the impeachment managers who will prosecute House Democrats’ case against Mr.

Trump at trial in the Senate. Mr. “We must hold this president accountable for his stunning abuse of power,” Mr. Mr. “We will not take political advice from Kevin McCarthy,” he replied icily. As likely to quote from the Bible as he is from 1990s hip-hop lyrics, Mr. Mr. 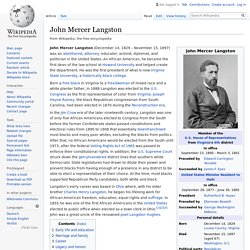 An African American, he became the first dean of the law school at Howard University and helped create the department. He was the first president of what is now Virginia State University, a historically black college. In the Jim Crow era of the later nineteenth century, Langston was one of only five African Americans elected to Congress from the South before the former Confederate states passed constitutions and electoral rules from 1890 to 1908 that essentially disenfranchised most blacks and many poor whites, excluding the blacks from politics. After that, no African Americans would be elected from the South until 1973, after the federal Voting Rights Act of 1965 was passed to enforce their constitutional rights. 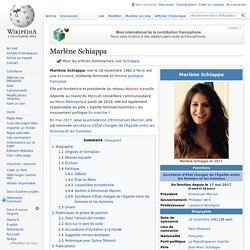 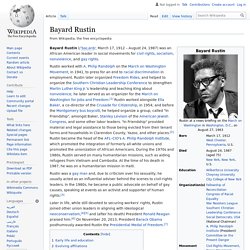 He was born and raised in Pennsylvania, where his family was involved in civil rights work. In 1936, he moved to Harlem, New York City, where he earned a living as a nightclub and stage singer. He continued activism for civil rights. In the pacifist groups Fellowship of Reconciliation (FOR) and the War Resisters League (WRL), Rustin practiced nonviolence.[1] A member of the Communist Party before 1941, he collaborated with A.

Philip Randolph on the March on Washington Movement in 1941 to press for an end to discrimination in employment. Rustin became a leading strategist of the Civil Rights Movement from 1955 to 1968. Rustin was a gay man who had been arrested throughout his early career for engaging in public sex with white male prostitutes. Christiane Taubira. Un article de Wikipédia, l'encyclopédie libre. 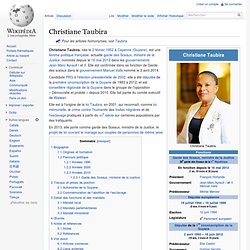 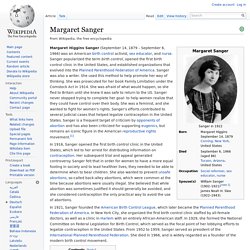 Sanger popularized the term birth control, opened the first birth control clinic in the United States, and established organizations that evolved into the Planned Parenthood Federation of America. Sanger was also a writer. She used this method to help promote her way of thinking. She was prosecuted for her book Family Limitation under the Comstock Act in 1914. She was afraid of what would happen, so she fled to Britain until she knew it was safe to return to the US.

William Walker (filibuster) Walker was born in Nashville, Tennessee, in 1824 to James Walker and his wife Mary Norvell. 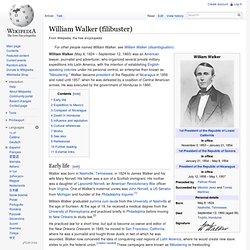