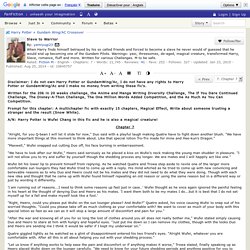 Written for the 20k in 20 weeks challenge, the Anime and Manga Writing Diversity Challenge, The If You Dare Continued Challenge, The Disney-A-Thon Challenge, The One Million Words Added Competition, and the As Much As You Can Competition. Prompt for this chapter: A multichapter fic with exactly 15 chapters, Magical Effect, Write about someone trusting a stranger and the result (Snow White). Little Kitten Chapter 8, a Harry Potter + Gundam Wing/AC Crossover fanfic. Disclaimer: I do not own Harry Potter or Gundam Wing/Ac, I do not have any rights to them and I do not make any money from writing these fics. 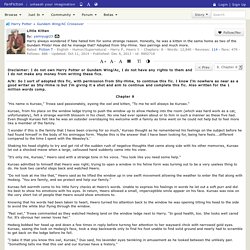 One glance was all it took. 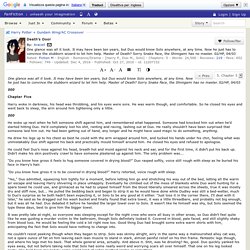 It may have been ten years, but Duo would know Solo anywhere, at any time. Now he just has to convince the stubborn wizard to let him help. Master of Death? Sorry Snake Face, the Shinigami has no master. 02/HP, 04/03. Death God's Favor Chapter 9, a Harry Potter + Gundam Wing/AC Crossover fanfic. Guess what's being rewritten? 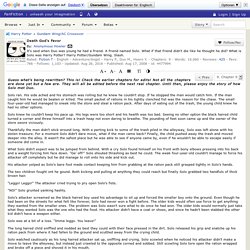 This is! Check the earlier chapters for edits! The G-Family Chapter 3, a Harry Potter + Gundam Wing/AC Crossover fanfic. Derek could feel the magic stirring in the air as soon as they entered Ollivander's . 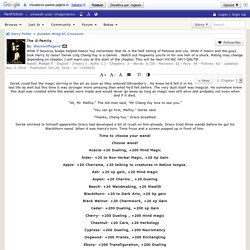 He knew he'd felt it in his last life as well but this time it was stronger more amazing than what he'd felt before. The very dust itself was magical. He somehow knew this dust was created while the wands were made and would never go away as long as magic was still alive and probably not even when and if it died. "Ah, Mr. Two For One Deal Chapter 1, a Harry Potter + Gundam Wing/AC Crossover fanfic. So it almost kinda sucks. 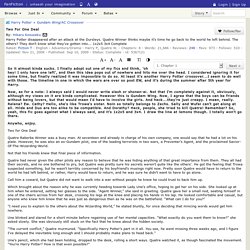 I finally adopt out one of my fics and think, 'oh hey! I only have one left', and then this idea pops out of nowhere and hits me over the head. Kitten Chapter 1, a Harry Potter + Gundam Wing/AC Crossover fanfic. And here is the reason I haven't updated The Blindside yet. 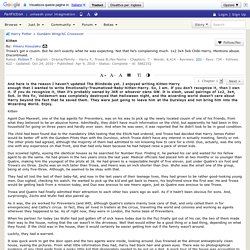 I enjoyed writing Kitten-Harry enough that I wanted to write Emotionally-Traumatized-Baby-Kitten-Harry. So, I am. If you don't recognize it, then I own it. If you do recognize it, than it's probably owned by JKR or whoever owns GW. It is slash, usual pairings of 1x2, 3x4, 5x6. Kitten Agent Duo Maxwell, one of the top agents for Preventers, was on his way to pick up the newly located cousin of one of his friends, from what they believed to be an abusive home. The child had been found due to the mandatory DNA testing that the ESUN had ordered, and Trowa had decided that Harry James Potter would be better off with the Gundam Pilots than with the Dursleys, which Trowa didn't have any interest in actually meeting, family or not. Duo scowled lightly, eyeing the identical houses as he searched for Number Four. Trowa and Quatre had finally admitted their attraction to each other two years ago as well. Damaged Chapter 8, a Harry Potter + Gundam Wing/AC Crossover fanfic. 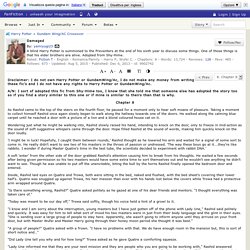 A/N: I sort of adopted this fic from Shy-Hime too, I know that she told me that someone else has adopted the story too so if you find a story similar to this one or if mine is similar to theirs than that is why. Mi refugio Chapter 5: Nunca subestimes al copero, a Harry Potter + Gundam Wing/AC Crossover fanfic. Advertencias: esto es shonen-ai/yaoi, así que homofóbicos pintan poco aquí; AU, mayor OCC, y creo que por ahora está todo. 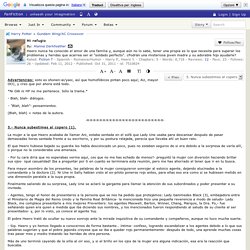 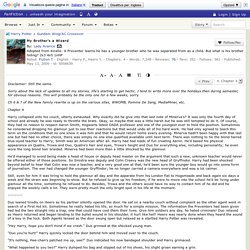 Sorry about the lack of updates to all my stories, life's starting to get hectic. I tend to write more over the holidays then during semester, for obvious reasons. This will probably be the only one for a few weeks, sorry. Beautiful Lie, Painful Truth - AnaraneSindanarie - Gundam Wing. Teddy Bear Memories - EmeraldFalcon - Harry Potter - J. K. Rowling. Chapter Text The next morning dawned clear for Harry and It wasn't long before he was jumping into the shower and into a pain of black slacks and a deep blue shirt.

He mussed with his hair for a few moments letting his bangs fall to cover the left side of his face. Looking over at his desk he grabbed the black belt and small belt pouch he used to carry his things in. Fastening it about his waste he opened the small pouch and stuffed his wallet, phone, and mask into it carefully Walking out into the living room he watched Sally struggle with Kathy to get her shirt on. Harry frowned, "Sally what's wrong? " The doctor turned and through the shirt at him, "Can you please dress her. The teen laughed lightly and knelt in front of the small girl who was sniffling. The Tomb of Memory In Which We See A Departure, a Harry Potter + Gundam Wing/AC Crossover fanfic.

Title: The Tomb of Memory Author: hoshi-tachi Category: Gundam Wing/ Harry Potter crossover Rating: PG-13 Pairings: Not a bloody clue- er, wait, 3x4 for sure. Still deciding on the rest. Summary: There's something odd about Duo and Quatre's new safehouse. Warnings: Violence, swearing… no abuse this time, oddly enough. Disclaimer: Despite my fondest, I have yet to own either Gundam Wing or Harry Potter. How the fuck did she keep finding them? Anime 2. The first thing Draco Malfoy became aware of was warmth, and the second thing was light. There was a pure light shining on his face and he was floating on a wave of warmth. Was he dead? If sothis wasnt such a bad place to be, and at least he didnt hurt anymore. Being deadwas just fine with him. Members Area. Blood Trust Chapter 1 by BrokenHeart63 on DeviantArt. The Yuy Twins Chapter 1, a Harry Potter + Gundam Wing/AC Crossover fanfic.

A/N: Well here we go…the first chapter of the new series. This series will primarily have to do with the war and the pilot's struggles through it including but not limited to…their missions and their mutant powers. I hope everyone enjoys. Oh and some of the dialogue will come from the series though there will be notable differences as things go along. I am just trying to capture the important parts. Disclaimer: I own nothing. Harry Yuy Chapter 17: The Wedding, a Harry Potter + Gundam Wing/AC Crossover fanfic. Harry smiled as he set up, Heero had asked him to help, and Harry was happy to, after all this was his brother's wedding day and it should be perfect. The tables were placed evenly apart and Harry had used Magic to set them; the food for the reception was waiting under a warming spell, flowers were arranged as centerpieces, purple violets and blue forget-me-nots, and around the garden, the gazebo that they would give their vows in had ivy and morning glory vines covering the white paint, and a path of white rose petals was what they would walk over to get there.

On each of their suits would be a red rose, though Duo had allowed Harry to arrange his hair, Harry had created a single braid from the millions he had braided in Duo's hair, and had slid violets and forget-me-nots into it, and just above his ear a single white lily, to symbolize their union. Heero's hair had been brushed to one side and they both wore black suits. "Would you like to dance? " Gundam Wing - The Lost Potter Chapter 4: Recovery, a Harry Potter + Gundam Wing/AC Crossover fanfic. Recovery Getting the antidote was easy, as it was a common potion ingredient as well. Harry got some in Sakura Alley and then he and Jonas planned the trip. Jonas told Harry that the Gundam lay about ten kilometres away from the coast. Show Chapter. Beautiful Lie, Painful Truth - Chapter 6 - AnaraneSindanarie - Gundam Wing. Chapter Text “Are you okay?” Always the same question. Best Kept Secret Chapter 19, a Harry Potter + Gundam Wing/AC Crossover fanfic.

He decided, when they were fully in the air, that he liked his broom better. As soon as the fasten seat belt light went out, he removed it to grab his bag from the overhead bin. “What are you doing here?” Blood Trust Chapter 5 by BrokenHeart63 on DeviantArt. Little Thief Chapter 3, a Harry Potter + Gundam Wing/AC Crossover fanfic. Little Thief Chapter 3 Posted: September 7, 2010 Disclaimer: I do not own the rights to HP or GW. If I did own GW, then Duo would have gotten with Heero and Trowa with Quatre, Treize would have never died, and Une would be with him.