The Practical Guide to Love, Sex and Relationships. Researchers to Study Effects of Exercise on Concussions - Athletic Business. If you have a child with a concussion, prolonged rest after the first few days may not be the best treatment even though it has been recommended for years. 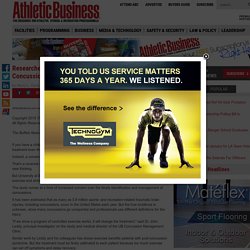 Instead, a consensus is growing that mild, controlled aerobic exercise may speed recovery. That's a reversal of conventional medical wisdom, and more scientific study is needed to confirm the new thinking. But University at Buffalo researchers may offer an answer as they embark on a clinical trial of exercise and stretching treatments for adolescents with concussions.

The study comes at a time of increased concern over the timely identification and management of concussions. It has been estimated that as many as 3.8 million sports- and recreation-related traumatic brain injuries, including concussions, occur in the United States each year. "If we show a program of controlled exercise works, it will change the treatment," said Dr. Similar work by Leddy and his colleagues has shown exercise benefits patients with post-concussion syndrome. 4364.0.55.001 - National Health Survey: First Results, 2014-15. General health In 2014-15, over half (56.2%) of all Australians aged 15 years and over considered themselves to be in excellent or very good health, while 14.8% rated their health as fair or poor.Around one in nine (11.7%) adults experienced high or very high levels of psychological distress, similar to 2011-12 (10.8%).Long-term health conditions Major long-term health conditions experienced in Australia in 2014-15 were: 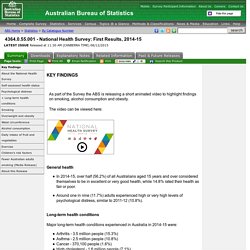 Active recovery: why you should keep moving even when your muscles are in agony. The deeper you go, the more it's going to hurt the next day. 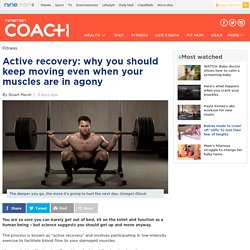 (image) iStock You are so sore you can barely get out of bed, sit on the toilet and function as a human being – but science suggests you should get up and move anyway. The process is known as "active recovery" and involves participating in low-intensity exercise to facilitate blood flow to your damaged muscles. The Thing All Women Do That You Don’t Know About. There’s this thing that happens whenever I speak about or write about women’s issues. Things like dress codes, rape culture and sexism. I get the comments: Aren’t there more important things to worry about? Is this really that big of a deal? Aren’t you being overly sensitive? Board of Studies News. At this time of year, young people participate in a variety of events and celebrations. 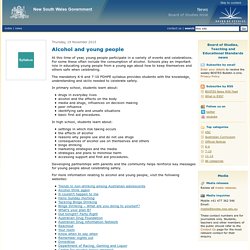 For some these often include the consumption of alcohol. Schools play an important role in educating young people from a young age about how to keep themselves and others safe when celebrating. The mandatory K-6 and 7-10 PDHPE syllabus provides students with the knowledge, understanding and skills needed to celebrate safely. In primary school, students learn about: HSC PDHPE Core 1 – Health Priorities in Australia. HSC PDHPE Option 3 – Sports Medicine. A handy guide to the best feminist teaching tools online. Everyday Feminism's on-point breakdown on the absurd way society treats sexual consent. 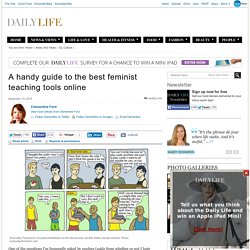 Photos du journal - PDHPE Teachers' Association. Sports, sponsorship and sugar? This unholy trinity is just asking for trouble. And while there’s a special brand of indignation that we’ve reserved for sporting stars who do the same, the latest announcement by food giant Cadbury, proved that they won’t be changing tactics anytime soon. 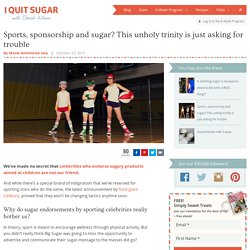 Why do sugar endorsements by sporting celebrities really bother us? In theory, sport is meant to encourage wellness through physical activity. But you didn’t really think Big Sugar was going to miss the opportunity to advertise and communicate their sugar-message to the masses did go? Of course they weren’t! In fact, head of strategic partnerships and events at Cadbury, Lauren Fildes, has actually said brand sponsorship is one of the best ways to reach its target audience – mainly being families/mums and kids. Ahka reportcard shortform web. Theconversation. The Conversation is fact-checking claims made on Q&A, broadcast Mondays on the ABC at 9:35pm. 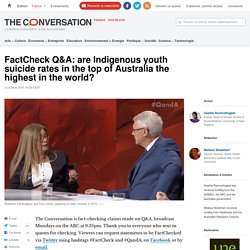 Thank you to everyone who sent us quotes for checking. Viewers can request statements to be FactChecked via Twitter using hashtags #FactCheck and #QandA, on Facebook or by email. TONY JONES: So Indigenous youth suicide rates across the top half of Australia is the highest in the world? PAT DUDGEON: Yes… Some researchers say that. – Presenter Tony Jones, speaking on Q&A with Professor Pat Dudgeon, a psychologist and research fellow at the School of Indigenous Studies at the University of Western Australia, October 5, 2015. The suicide rate among young Indigenous Australians is high by global standards, and well above the national average.

When asked for a source to support Jones' statement, a Q&A producer referred The Conversation to a series of news reports and online articles. Suicide rates in Australia The Northern Territory has the highest suicide rate of any state or territory in Australia. Photos du journal - Australian Healthy Food Guide.

What we're dying from: the leading causes of death in Australia. Tea and Consent. EDpuzzle. EDpuzzle.