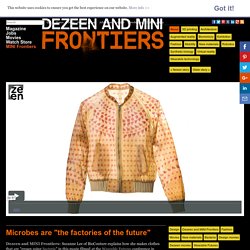 "There's a whole spectrum of organisms that can grow material," says Lee, who founded BioCouture to explore how organisms like bacteria, yeast, fungi and algae could be harnessed to produce fabrics. Update: this interview is featured in Dezeen Book of Interviews, which is on sale now for £12. Suzy Menkes reviews Stella McCartney spring/summer 2017 Paris Fashion Week.

McCartney's Game On By the end of her show, when Stella McCartney's models were dancing, rollicking and having fun on the catwalk, the designer had fulfilled her dream. 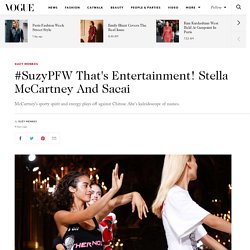 Indigital “The show is about the spirit of love and hope and being in the moment," she said. Birmingham City University - Sign In.