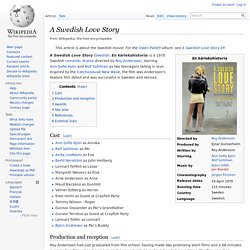 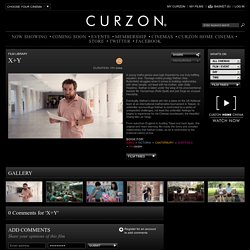 Teenage maths prodigy Nathan (Asa Butterfield) struggles when it comes to building relationships with other people, not least with his mother, Julie (Sally Hawkins). Nathan is taken under the wing of his unconventional teacher Mr. Humphreys (Rafe Spall) and pair forge an unusual friendship. Eventually, Nathan’s talents win him a place on the UK National team at an international mathematics tournament in Taiwan. In unfamiliar surroundings Nathan is confronted by a series of unexpected challenges, not least the unfamiliar feelings he begins to experience for his Chinese counterpart, the beautiful Zhang Mei (Jo Yang). From suburban England to bustling Taipei and back again, this original and heart-warming film tracks the funny and complex relationships that Nathan builds, as he is confronted by the irrational nature of love.

Love Is Strange. New York-based filmmaker Ira Sachs ('Keep the Lights On') creates a special kind of urbanity: softer and more inclusive than Woody Allen's, openly gay but family-focused, alive to the city's tensions and lulls. 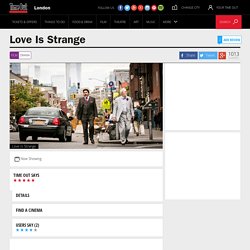 His latest movie also features a Chopin piano score, adding an exquisite sense of proportion to what, in the hands of most other directors, might have felt like a cautionary tale about the perils of gay marriage. Drive (2011) 25 Great Psychedelic Movies That Are Worth Your Time. Psychedelia in film is characterized by distortion (both in image and in sound), experimentation in narrative and editing, and sometimes drug-inspired hallucinations. 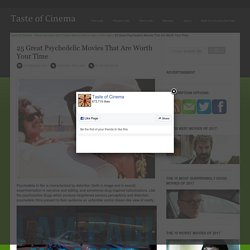 Like the psychoactive drugs which produce heightened sensory perceptions and distortion, psychedelic films present to their audience an unfamiliar and/or dream-like view of reality. The following films use cinematography, narration, editing, sound design, and music to create worlds of distortion. Whether the film is depicting drug-induced madness or creating an atomsphere of existential confusion, these films somehow experiment with the audience’s sensory perceptions in order to uproot the viewer from reality. These films welcome (or in some cases, force) the audience to interact with a plethora of psychedelic imagery, sounds, and/or narration. 1. Un Chien Andalou was Buñuel’s first film, and was written in conjunction with Salvador Dalí, the prominent surrealist painter. 2. 3. CONCRETE LOVE - THE BOEHM FAMILY Trailer. Film Library Details. Film Library Details. Youtube. Eternal Sunshine of the Spotless Mind (2004)

Waking Life (2001) O Apóstolo. Release date: October 31, 2012 Catchword: «There are dooms you can never escape from» Genre: Animation, Fantastic Duration: 84 minutes Synopsis: The story follows the journey of a convict (Ramon) who has escaped from jail and comes to a remote mountain village along the Camino de Santiago (Way of Saint James) searching for a treasure hidden there years earlier. 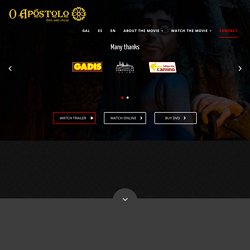 What, at first, appears to be a deserted town in which only a few elderly people live, turns out to be a village surviving under a curse that has existed for over 600 years. Ramon soon finds that the harmless elders are actually looking for souls to trade with the grim reaper himself. And so begins his adventures to find the treasure, understand the mysterious events taking place in the village and to escape with his life. Director: Fernando Cortizo Executive Producer: Isabel Rey, Jacqueline Scott, Solomon J. Awards: 27 edición de los Premios Goya (2013)Nominada entre las mejores películas de animación Annecy 2013Premio del público. Le magicien de Kaboul - (Bande-annonce) par Philippe Baylaucq.