Man Combines Random People’s Photos Using Neural Networks And The Results Are Amazing. If you're not sure what you're looking at when you look at the pictures below, don't worry, you're probably not alone. 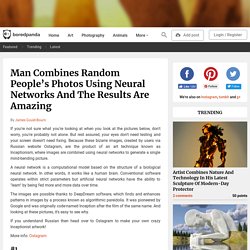 But rest assured, your eyes don't need testing and your screen doesn't need fixing. Because these bizarre images, created by users via Russian website Ostagram, are the product of an art technique known as Inceptionism, where images are combined using neural networks to generate a single mind-bending picture. A neural network is a computational model based on the structure of a biological neural network. In other words, it works like a human brain. Conventional software operates within strict parameters but artificial neural networks have the ability to "learn" by being fed more and more data over time. The images are possible thanks to DeepDream software, which finds and enhances patterns in images by a process known as algorithmic pareidolia. Vintage-Inspired Wooden Drawing Machine Produces Complex Designs with the Turn of a Crank. Long before there were plastic drawing toys like the Spirograph, there were wooden drawing machines. 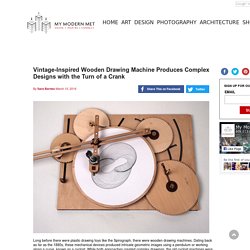 Dating back as far as the 1880s, these mechanical devices produced intricate geometric images using a pendulum or working along a curve, known as a cycloid. While both approaches created complex drawings, the old cycloid machines were limited in how they could be tweaked and hampered their design possibilities. LEAFpdx has corrected this with their contemporary take on the classic device that they’ve aptly-called the Cycloid Drawing Machine. Unlike its predecessors, LEAFpdx has made their device infinitely adjustable with a fulcrum that rotates and moves.

“Gone are the simple rotary drawings of old,” the company writes. Each Cycloid Drawing Machine package comes with all its required parts, including a base, three geared turntables, 18 wooden gears, colored pens and paper. Blackwork Tattoos Elevated by Colorful Crossovers and Ornate Geometry. Australian artist Jaya Suartika designs tattoos that will completely change how you view the subject of geometry. 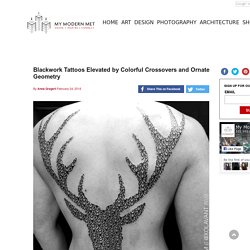 Using thick, black lines and occasional pops of color, Suartika concentrates on shapes and patterns that elevate his work. Since the Balinese culture is an important part of his background, the artist's original style has been greatly influenced by this society. GIFs Reveal the Visually Satisfying Process of a Hand-Lettering Expert. Despite the evolution of typography, with the advent of technology and various software, UK-based graphic designer Seb Lester proves that the art of hand-lettering is not dead. 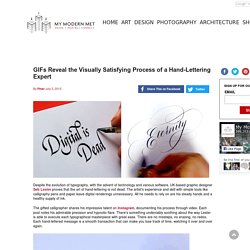 The artist's experience and skill with simple tools like calligraphy pens and paper leave digital renderings unnecessary. All he needs to rely on are his steady hands and a healthy supply of ink. The gifted calligrapher shares his impressive talent on Instagram, documenting his process through video. Each post notes his admirable precision and hypnotic flare. There's something undeniably soothing about the way Lester is able to execute each typographical masterpiece with great ease. Role playing floofs. Trigger design emphasizes precious moments in the endangered collection. Mar 08, 2016 trigger design emphasizes precious moments in the endangered collection trigger design emphasizes precious moments in the endangered collectionall images courtesy of bene tan of cause & effect studio designer chan wai lim, from singapore based trigger design, emphasizes the importance of each passing moment in ‘the endangered’. the four-part jewelry box collection visualizes endangered animals with unique scents — created in collaboration with allsense scent lab — that engage users’ personal emotions and memories. half function, half sculpture, the functional pieces use slightly abstracted forms and distinctive features of each animal to create a bold, recognizable visual. group detail ‘the endangered’ collection. 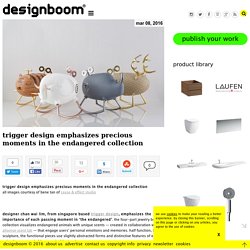 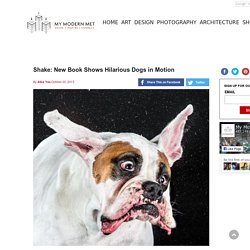 Using high-speed photography, Carli captures dogs as they're shaking off water, but it's their expressions that make this series truly priceless. As she describes, they're "images of man’s best friend caught in contortion: hair wild, eyes darting, ears and jowls flopping every which way. " 21 Unpublished Pictures From National Geographic Archives. Extraordinary Interactive Hi-Res Exhibit of Bosch’s ‘Garden of Earthly Delights’

Teaching art history online can be tough, despite a wealth of tools and technologies it’s difficult to create an environment that compares to a great teacher who can make artworks engaging to a live audience. 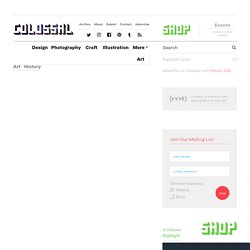 Breathtaking Bronze Sculptures Celebrate the Visual Poetry of the Human Form. Michael James Talbot is a master at creating breathtaking bronze sculptures that venerate the gentle tension and balance of the female form. 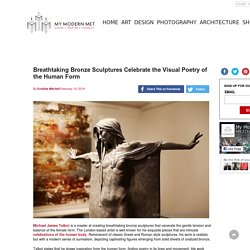 The London-based artist is well known for his exquisite pieces that are intricate celebrations of the human body. Powerful Black and White Photos of Hong Kong in the 1950's and '60s. From a very young age, self-taught Chinese photographer Fan Ho began documenting the world around him. 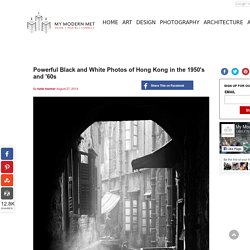 In this collection of work, titled Hong Kong Yesterday, he captured the essence of the city throughout the 1950s and 1960s. He was fascinated by the hustle and bustle of the urban environment and enjoyed breathing in the fresh air as he wandered and explored. Every one of his black and white images was very purposeful. The Dark Side Of Cats Revealed in “Under-cats” Photographer Takes Amazing Shots Of Patagonia, The Edge Of The World. Patagonia is a huge region dominating the southern half of South America. 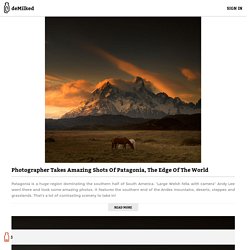 “Large Welsh fella with camera” Andy Lee went there and took some amazing photos. It features the southern end of the Andes mountains, deserts, steppes and grasslands. Creatively Warped Photos Offer New Inception-Like Perspective of Istanbul. Photographer Aydin Büyüktaş’s surreal images of Istanbul force one to adopt a new outlook on a world where the laws of the universe do not seem to apply.

The Turkish artist explores the concepts of dimensionality and perspective with his series, Flatland. Büyüktaş’s warped representations of iconic Turkish landmarks offer a contemporary take on street photography. Throughout his career, Büyüktaş has experimented with visual effects, 3D, and video, but, following a strong pull towards photography, has made that a primary focus. Cinematic Photos of Tokyo's Streets Magically Lit up at Night.

Japanese photographer Masashi Wakui routinely waits for the sun to set before embarking on a quest to capture the city of Tokyo. At night, the city's streets are peppered with paper lanterns that give off a warm glow, neon signs that act as guiding lights, and plenty of people who are basking in this magical time of day. Wakui initially uses a high-performance, compact camera to shoot these nocturnal scenes and then later adjusts his shots' coloration so the vibrancy is heightened. The photographer's technique magnificently makes narrow alleyways seem as though they're a cozy, cinematic backdrop. Wakui regularly posts his snapshots on Flickr, showing his followers that Tokyo's nighttime streets can artistically be transformed into a welcoming world of light and color. Masashi Wakui: Flickr | Tumblr via [this isn't happiness] All photos via Masashi Wakui.