Sisi’s Regime Is a Gift to the Islamic State. Egyptian President Abdel Fattah al-Sisi came to power on a classic strongman platform. 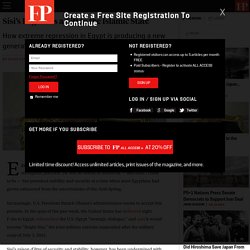 He was no liberal or democrat — and didn’t claim to be — but promised stability and security at a time when most Egyptians had grown exhausted from the uncertainties of the Arab Spring. Increasingly, U.S. President Barack Obama’s administration seems to accept this premise. In the span of the past week, the United States has delivered eight F-16s to Egypt, relaunched the U.S. -Egypt “strategic dialogue,” and said it would resume “Bright Star,” the joint military exercise suspended after the military coup of July 3, 2013. Sisi’s raison d’être of security and stability, however, has been undermined with each passing month. If this is what a “stability-first” approach looks like, Egypt’s future is dark indeed. Since April 2015, meanwhile, at least 163 Egyptians have “disappeared.” Not all repression is created equal, however. There’s no denying that violence surged following the coup. Being black in Egypt. "One day as I was walking in the street I heard someone say 'those blacks are very good and hot in bed'," said Ali. 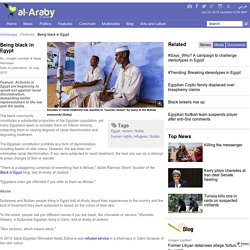 "It goes without saying that they believe all black girls are naturally prostitutes. " Abdel Rahman Sherif agrees. "Egyptians and Arabs in general seem to believe that African women are 'easy' - especially those without hijab. "On the other hand," he said, "racists in Egypt seem to fear responses from male subjects of discrimination, so they tend to avoid them or at least tone it down with them. "ColourismThe degree of racism that black people in Egypt are exposed to often depends on how dark their skin is. "Racism depends on how dark you are," said Hawary. "Don't forget that Egypt is an African country, and the native people are black, but not as dark as most Africans.

"Being black means being Nubian, Sudanese or someone with a history of slavery," he said. "There is a difference between the treatment of Nubians, North and South Sundanese," Hawary said. ImportantCool sur Twitter : "#Egypt Timeline – 28 November 2011- 24 January 2015 #MorsiTrial. Egypt Timeline - 28 November 2011- 24 January 2015 - Important Cool. 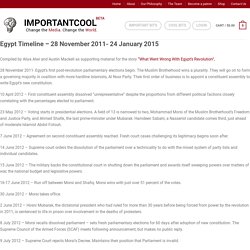 The Muslim Brotherhood wins a plurality. They will go on to form a governing majority in coalition with more hardline Islamists, Al Noor Party. Their first order of business is to appoint a constituent assembly to write Egypt’s new constitution. 10 April 2012 – First constituent assembly dissolved “unrepresentative” despite the proportions from different political factions closely correlating with the percentages elected to parliament. 23 May 2012 – Voting starts in presidential elections. 7 June 2012 – Agreement on second constituent assembly reached. 14 June 2012 – Supreme court orders the dissolution of the parliament over a technicality to do with the mixed system of party lists and individual candidates. 16-17 June 2012 – Run off between Morsi and Shafiq. 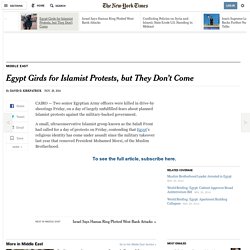 A small, ultraconservative Islamist group known as the Salafi Front had called for a day of protests on Friday, contending that ’s religious identity has come under assault since the military takeover last year that removed President Mohamed Morsi, of the Muslim Brotherhood. The Brotherhood, Egypt’s mainstream Islamist group, issued mixed statements about the protest, supporting the concept but urging demonstrators to avoid confrontations with the police and to keep protests peaceful. Most other Islamist groups opposed the call to protest under a banner of Islam rather than democracy. Those included the main ultraconservative Islamist movement, which had supported the takeover, as well moderate or liberal Islamist groups who have joined the Brotherhood in opposition to the current government.