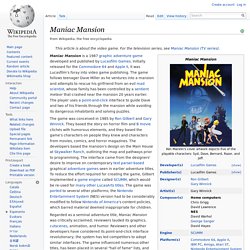 Mass Effect. Mass Effect is a science-fiction role-playing action game developed by BioWare for the Xbox 360 and later ported to the PC and the PlayStation 3. 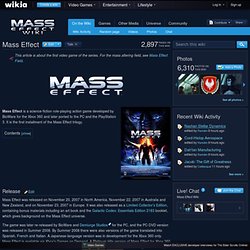 It is the first installment of the Mass Effect trilogy. Release Edit Mass Effect was released on November 20, 2007 in North America, November 22, 2007 in Australia and New Zealand, and on November 23, 2007 in Europe. Max Payne. Left "Everything ripped apart in a New York minute... 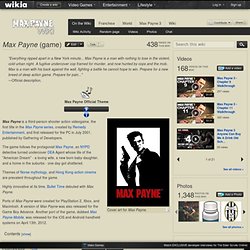 Max Payne is a man with nothing to lose in the violent, cold urban night. A fugitive undercover cop framed for murder, and now hunted by cops and the mob. Max is a man with his back against the wall, fighting a battle he cannot hope to win. Prepare for a new breed of deep action game. ―Official description. Max Payne Official Theme The game follows the protagonist Max Payne, an NYPD detective turned undercover DEA Agent whose life of the "American Dream" - a loving wife, a new born baby daughter, and a home in the suburbs - one day got shattered. Themes of Norse mythology, and Hong Kong action cinema are prevalent throughout the game. Highly innovative at its time, Bullet Time debuted with Max Payne. Ports of Max Payne were created for PlayStation 2, Xbox, and Macintosh.

Gameplay Edit. MDK. The game tells the story of Kurt Hectic and his attempts to rescue Earth from an alien invasion of gigantic strip mining city-vehicles named "Minecrawlers". 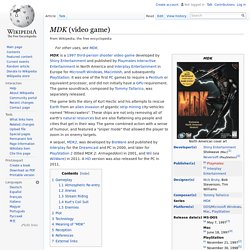 These ships are not only removing all of earth's natural resources but are also flattening any people and cities that get in their way. The game combined action with a sense of humour, and featured a "sniper mode" that allowed the player to zoom in on enemy targets. Mega Man 2. Story Dr. 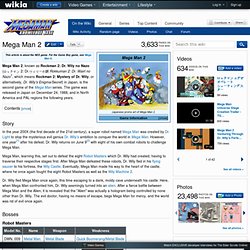 Wily fled Mega Man once again, this time escaping to a dank, moldy cave underneath his castle. Here, when Mega Man confronted him, Dr. Wily seemingly turned into an alien. After a fierce battle between Mega Man and the Alien, it is revealed that the "Alien" was actually a hologram being controlled by none other than Dr. Bosses Robot Masters Fortress Bosses Development and reception Making a sequel wasn't a corporate decision, but the team decided to work on it. Version differences There is no difficulty select in the Japanese version of the game. Gallery Cover Art Screenshots Videos Trivia See also References External links. Metal Gear (NES) Left Metal Gear for the Nintendo Entertainment System (Family Computer in Japan) is an altered port of the original MSX2 game. 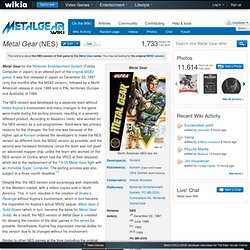 It was first released in Japan on December 22, 1987 (only five months after the MSX2 version), followed by a North American release in June 1988 and in PAL territories (Europe and Australia) in 1989. Despite this, the NES version sold surprisingly well, especially in the Western market, with a million copies sold in North America. This, in turn, resulted in the creation of Snake's Revenge without Kojima's involvement, which in turn became the inspiration for Kojima's actual MSX2 sequel, Metal Gear 2: Solid Snake (which in turn, became the basis for Metal Gear Solid). Snake's Revenge. Left Snake's Revenge is a stealth action game developed by Konami for the Nintendo Entertainment System. 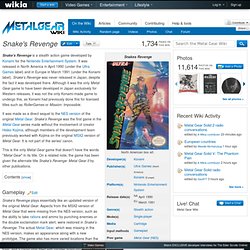 It was released in North America in April 1990 (under the Ultra Games label) and in Europe in March 1991 (under the Konami label). Snake's Revenge was never released in Japan, despite the fact it was developed there. Although it was the only Metal Gear game to have been developed in Japan exclusively for Western releases, it was not the only Konami-made game to undergo this, as Konami had previously done this for licensed titles such as RollerGames or Mission: Impossible. Minecraft Xbox 360 Edition. If you are looking for the Xbox 360 Version History, it can be found here. 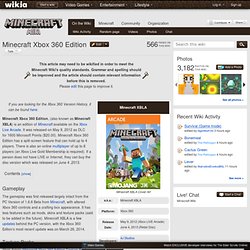 Minecraft Xbox 360 Edition, (also known as Minecraft XBLA) is an edition of Minecraft available on the Xbox Live Arcade. It was released on May 9, 2012 as DLC for 1600 Microsoft Points ($20.00). Minecraft Xbox 360 Edition has a split-screen feature that can hold up to 4 players. Mario Bros. (Game & Watch) Super Mario Bros. Plot Taken directly from the manual for the game: One day the kingdom of the peaceful mushroom people was invaded by the Koopa, a tribe of turtles famous for their black magic. 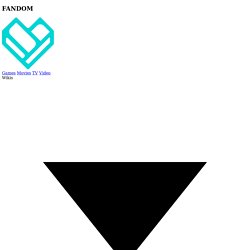 The quiet, peace-loving Mushroom People were turned into mere stones, bricks and even field horse-hair plants, and the Mushroom Kingdom fell into ruin. Super Mario Bros. 2. Story The storyline is taken directly from the manual for the game: One evening, Mario had a strange dream. 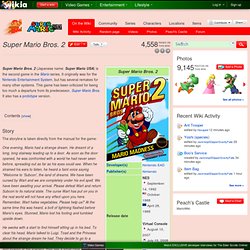 He dreamt of a long, long stairway leading up to a door. As soon as the door opened, he was confronted with a world he had never seen before, spreading out as far as his eyes could see. When he strained his ears to listen, he heard a faint voice saying "Welcome to 'Subcon', the land of dreams. He awoke with a start to find himself sitting up in his bed. In the end, Mario and his friends trounce Wart and open a room containing one of Subcon's characteristic vases. Characters Playable characters Supporting Character Enemies Bosses Remake exclusive Robirdo (Advance version only) List of levels Comparison with Doki Doki Panic Main character switches:

Super Mario Bros. 3. [[Category:Games Developed by Nintendo R&D4]] [[Category:Games published by Nintendo]] Story Bowser has returned to the Mushroom Kingdom and with his seven Koopaling children, he tries to conquer it again. He sends his Koopalings into seven kingdoms of the Mushroom World to capture the king of that area, steal their magic wands and alter the kings' appearance.

Princess Peach sent Mario and Luigi to go and stop the Koopalings and turn the kings back into their normal form. Dr. Mario. Gameplay A puzzle game similar to Tetris, Dr. Mario features Nintendo mascot Mario as a doctor. Gameplay consists of dropping two-sided vitamin capsules into an eight-block-by-16-block playing field populated by viruses of three colors (red, yellow and blue).

There are six types of capsules, differentiated by color: red-red, yellow-yellow, blue-blue, red-blue, red-yellow and blue-yellow. Super Mario Land. Super Mario World. Super Mario World is a platform game for the Super Nintendo Entertainment System . It was released in 1990 and was one of the most popular games for the SNES (due to it being a free release along with the system).