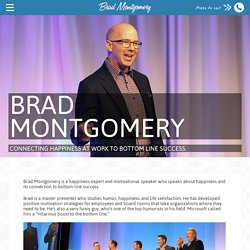 What?! In Brad’s words: “Here’s my policy about my motivational speaking: if you don’t like what I do for your organization,I’ll give you your money back. Simple, huh? I’ve been professionally speaking for over 20 years. Yes, I have had wild programs. Join 500 miles for the biggest online dinner party. What’s On has details of a dinner organised by UK charity 500 miles. 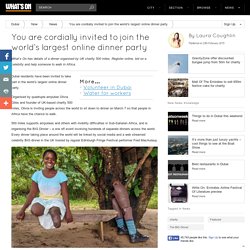 Register online, bid on a celebrity and help someone to walk in Africa. More…- Volunteer in Dubai - Water for workers Dubai residents have been invited to take part in the world’s largest online dinner party. Organised by quadruple amputee Olivia Giles and founder of UK-based charity 500 miles, Olivia is inviting people across the world to sit down to dinner on March 7 so that people in Africa have the chance to walk. 500 miles supports amputees and others with mobility difficulties in Sub-Saharan Africa, and is organising the BIG Dinner – a one off event involving hundreds of separate dinners across the world. The Beat: Biggest online party - ever! Central York's focus turns to teammate Peter Falci, who was diagnosed with cancer - GameTimePA.com. By Matt Goul mgoul@GameTimePA.com @mgoul on Twitter Updated: 03/01/2015 08:19:28 PM EST Central York's Peter Falci, a key cog for the Panthers during the last two seasons, was diagnosed with cancer late last week. 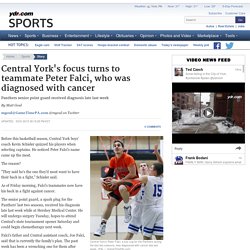 (File — GameTimePA.com) Before this basketball season, Central York boys' coach Kevin Schieler quizzed his players when selecting captains. The reason? Grape-Nuts History - Who Invented Grape-Nuts? Whether you enjoy it at breakfast, snack time or any other time of day, Post Grape-Nuts cereal isn’t just a part of your healthy diet — it’s been a part of American history for more than 100 years. 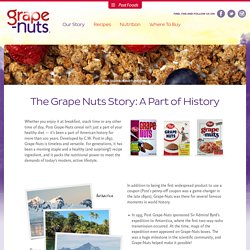 Developed by C.W. Post in 1897, Grape-Nuts is timeless and versatile. For generations, it has been a morning staple and a healthy (and surprising!) Recipe ingredient, and it packs the nutritional power to meet the demands of today’s modern, active lifestyle. Marmot Clothing and Equipment. VolitionRx Ltd (VNRX) VolitionRx Initiates Sponsorship of Two-time Cancer Survivor to Drive Awareness for the Importance of Early Cancer Detection. NAMUR, Belgium, Oct. 31, 2014 /PRNewswire/ -- VolitionRx Limited (OTCQB: VNRX), a life sciences company focused on developing blood-based diagnostic tests, today announced that it has initiated sponsorship of Sean Swarner, the first cancer survivor to summit Mt. 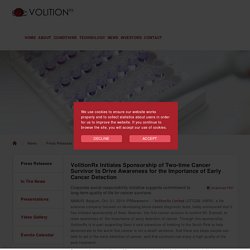 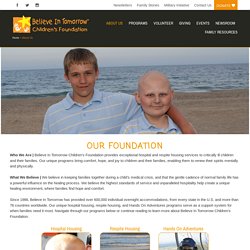 In 1982, Brian started a volunteer effort to help these children and families, which quickly grew and expanded into a nonprofit organization. Brian’s vision led Believe In Tomorrow to develop the first and only pediatric respite facilities in the United States in 1986, followed closely by a hospital housing program for families of children receiving treatment at the world-renowned Johns Hopkins Children’s Center.

Under Brian’s leadership, the organization also developed the first long-term residential facility for pediatric bone marrow transplant patients and their families. Beyond the office, Brian is an avid hiker and enjoys hiking adventures in the Grand Canyon, often coupled with a fundraising effort to benefit Believe In Tomorrow programs. Officers: Programs Believe In Tomorrow Children's Foundation. No Barriers USA. Our mission is to unleash the potential of the human spirit. 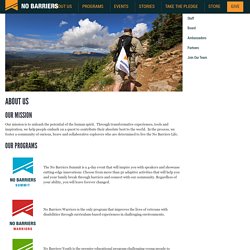 Through transformative experiences, tools and inspiration, we help people embark on a quest to contribute their absolute best to the world. In the process, we foster a community of curious, brave and collaborative explorers who are determined to live the No Barriers Life. Our history began in 2003 when two separate teams of individuals launched organizations designed to change people’s lives by providing transformative educational experiences. One, No Barriers USA, started by working with adults and children with disabilities while the other, Global Explorers, reached middle and high schools students.

Both believed that by taking people out of their comfort zones and exploring the world, you could forever shift the lens through which they saw and navigated their lives. Over the course of 10 years, Global Explorers touched the lives of thousands of students, teachers and families. Speaker sample one sheets. Jan Hoffman - Well Blog. Photo Research suggests that you might consider giving gift cards — because the less specific the gift, the more it will be appreciated.Read more… The emotional healing powers of comfort food may be overrated.Read more… Cancer treatments can be particularly hard on children. 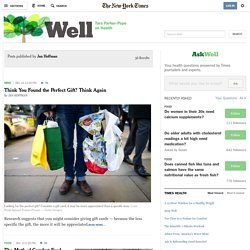 Journalist Profile. CANCER - Well Blog. Photo Vitamin D may interact with the immune system to prevent the growth of colorectal malignancies.Read more… Aspirin and other non-steroidal anti-inflammatory drugs taken orally may reduce the risk for squamous cell carcinoma, a review of studies has found.Read more… Cancer treatments can be particularly hard on children. 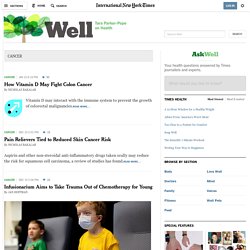 Cancer in Context. Cancer patients need psychosocial care too. I was diagnosed with cancer after giving birth to my third child. 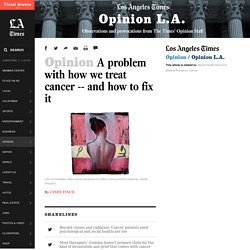 The tumor had grown especially large thanks to my body’s hormones that had been growing my baby. The medical community helped my disease, but could not help my despair. Then, five years after cancer -- and just after I finished my first triathlon -- I developed heart, liver and lung failure. 7 Ways to Lower Your Risk of Cancer. A World Without Cancer How to prevent cancer…that's the billion-dollar question everyone wants to answer. Although the cancer death rate has dropped nearly 1 percent a year since 1990 and the American Cancer Society estimates that by 2015 the total number of cancer deaths will be 23 percent lower than it was 25 years earlier, there's still much work to be done to truly eradicate the threat of this disease—to actually prevent it.