Groundbreaking Vegan Medical Center to Open This Fall. Barnard Medical Center will be one of the first of its kind to combat disease through a plant-based diet. 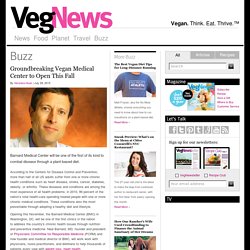 According to the Centers for Disease Control and Prevention, more than half of all US adults suffer from one or more chronic health conditions such as heart disease, stroke, cancer, diabetes, obesity, or arthritis. These diseases and conditions are among the most expensive of all health problems; in 2010, 86 percent of the nation’s total health-care spending treated people with one or more chronic medical conditions. These conditions also the most preventable through adopting a healthy diet and lifestyle. Opening this November, the Barnard Medical Center (BMC) in Washington, DC, will be one of the first clinics in the nation to address the country's chronic health issues through nutrition and preventive medicine.

Prescribing Vegetables, Not Pills. Controlling Cancer—Isn’t It Time to Try Something New? What People Who Live to 100 Eat Every Day. Cashews Are A Natural Anti-Depressant. 2 handfuls of cashews is the therapeutic equivalent of a prescription dose of Prozac. 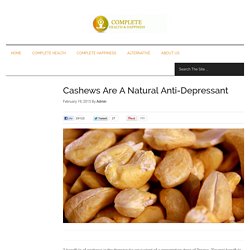 “Several handfuls of cashews provide 1,000-2,000 milligrams of tryptophan, which will work as well as prescription antidepressants,” says Dr. Andrew Saul, a therapeutic nutritionist and editor-in-chief of Orthomolecular Medicine News Service. The body turns tryptophan into serotonin, a major contributor to feelings of sexual desire, good mood, and healthy sleep. This is such a profound effect that Prozac, Paxil and similar antidepressants usually either mimic serotonin or artificially keep the body’s own serotonin levels high. 9 Things To Say To Yourself When You Fall Off The Bandwagon. The Real Reason Wheat is Toxic (it’s not the gluten) The epidemic of gluten intolerance and celiac disease is a pretty unsettling. 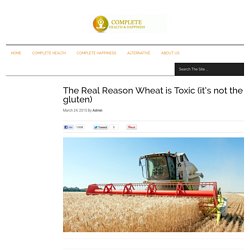 What are we doing wrong or what is changing? According to the Healthy Home Economist, there is MUCH more to the story than meets the eye… Why You Should Work Out 5 Times A Day (Like Jennifer Aniston) She eats five meals per day too. 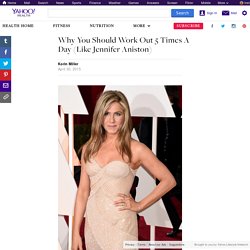 Should you? (Photo: Getty Images) How This Doctor Is Changing Patients’ Lives, One Cooking Class at a Time. Dr. 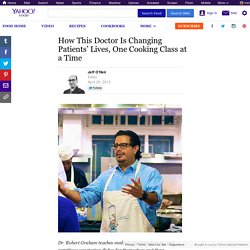 Robert Graham teaches medical residents how to cook nutritious vegetarian dishes for themselves and their patients. Photo: Dr. Robert Graham The basil, rosemary, dill, and thyme on Lenox Hill Hospital’s rooftop garden in New York recently sprouted. But the seeds Dr. Celery for High Blood Pressure. High blood pressure is a problem for many people; in fact, in America around 76.4 million adults suffer from high blood pressure, the American Heart Association notes. 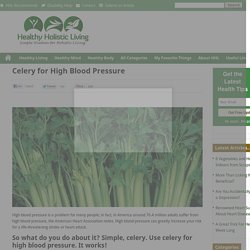 High blood pressure can greatly increase your risk for a life-threatening stroke or heart attack. So what do you do about it? Simple, celery. Use celery for high blood pressure. Turmeric Does what Chemotherapy Can’t: Naturally Blocks Cancer Growth – Turmeric Does what Chemotherapy Can't: Naturally Blocks Cancer Growth. Turmeric is an ancient ayurvedic medicine that has been used for centuries throughout Indonesia and Southeast Asia. 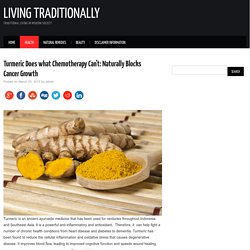 It is a powerful anti-inflammatory and antioxidant. Therefore, it can help fight a number of chronic health conditions from heart disease and diabetes to dementia. Turmeric has been found to reduce the cellular inflammation and oxidative stress that causes degenerative disease. It improves blood flow, leading to improved cognitive function and speeds wound healing. Trim the fat for happiness, says latest diet research. Diets high in fat can lead to not only weight gain and heart disease, but depression and behavior changes, according to a new study at Louisiana State University in the US. 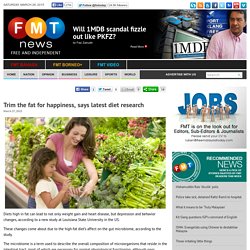 These changes come about due to the high-fat diet’s affect on the gut microbiome, according to the study. The microbiome is a term used to describe the overall composition of microorganisms that reside in the intestinal tract, most of which are necessary for normal physiological functioning, although poor diversification can lead to health problems. Working with mice, the research team set out to test whether an obesity-related microbiome could also affect behavior and mood. They transferred the gut microbiota from mice that had been fed either a high-fat diet or a control diet into adult mice of normal weight that had been kept on a normal diet. 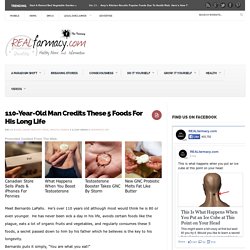 He’s over 110 years old although most would think he is 80 or even younger. He has never been sick a day in his life, avoids certain foods like the plague, eats a lot of organic fruits and vegetables, and regularly consumes these 5 foods, a secret passed down to him by his father which he believes is the key to his longevity. Bernardo puts it simply, “You are what you eat!” Doctors Fight to Ban Fast Food From Hospitals — and for Good Reason. A team of medical professionals are trying to get fewer fast food restaurants located in hospitals. 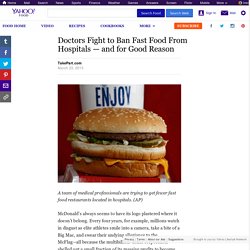 4 Stories Of Extreme Healing Through Food. Think clean eating is just one more passing food fad? How a Stroke at 25 Inspired a Life Change for Blogger of the Week, 'The Domestic Man' At 25, Russ Crandall was the picture of health. In 2005, the Navy translator—fluent in Russian and Indonesian—was so fit that he was often enlisted to whip out-of-shape recruits into, well, shape. Can You Prevent Dementia Through Nutrition? What you eat now will probably help sharpen your mind later. Teen dies after eating pancakes, family files lawsuit. Your New Antidepressant Goes Remarkably Well With Blueberries. Truck Driving: The Most Common Job in Every State. Is The Junk-Food Era Drawing To A Close? Scientists Officially Link Processed Foods To Autoimmune Disease. The modern diet of processed foods, takeaways and microwave meals could be to blame for a sharp increase in autoimmune diseases such as multiple sclerosis, including alopecia, asthma and eczema.