How Exactly Has Star Wars Made $37 Billion? In 2012, George Lucas sold his company Lucasfilm to Disney for the staggering sum of $4 billion. 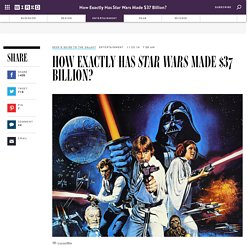 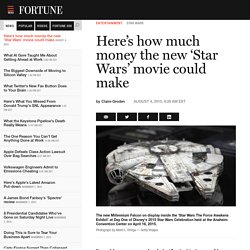 All rights reserved. Fortune.com is a part of the Time.com network of sites. Powered by WordPress.com VIP Email address or Password is incorrect Forgot Password? Star Wars films have force to boost UK economy by £150m. Production of the next Star Wars movie has brought an economic impact of some £150 million to Britain, according to company accounts. 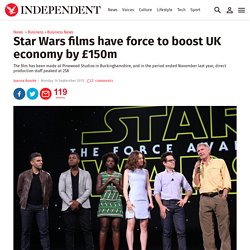 Star Wars: Episode VII – The Force Awakens will be released in the UK in December. Although the première is some three months away, publicity for the film is soaring. The Economics of Death Star Planet Destruction. Welcome to Overthinking It, the site that subjects the popular culture to a level of scrutiny it probably doesn't deserve. 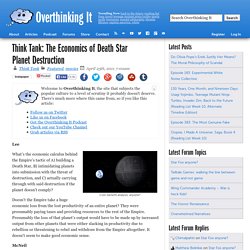 There's much more where this came from, so if you like this article: Lee Cost-benefit analysis, anyone? What’s the economic calculus behind the Empire’s tactic of A) building a Death Star, B) intimidating planets into submission with the threat of destruction, and C) actually carrying through with said destruction if the planet doesn’t comply? Doesn’t the Empire take a huge economic loss from the lost productivity of an entire planet? McNeil Did these stormtroopers have problems with blaster fire accuracy? This is a pretty standard imperial tactic for dealing with rebellion. As America has learned in recent years, chasing down rebels is hard. To my mind, this is why the rebels are on Hoth in the second film. This dichotomy is why I don’t think you can have a democratic empire. Electronic Arts raises sales forecast for Star Wars' videogame. Category:Finance - Wookieepedia, the Star Wars Wiki - Wikia.

The 10 Most Valuable Star Wars Action Figures. A long time ago, in a state sort of far away, George Lucas created a sci-fi world which spawned numerous sequels, video games, books and toys. 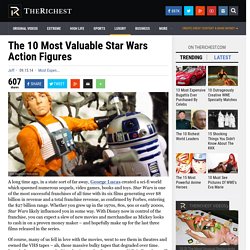 Star Wars is one of the most successful franchises of all time with its six films generating over $8 billion in revenue and a total franchise revenue, as confirmed by Forbes, entering the $27 billion range. Whether you grew up in the 1970s, 80s, 90s or early 2000s, Star Wars likely influenced you in some way. With Disney now in control of the franchise, you can expect a slew of new movies and merchandise as Mickey looks to cash in on a proven money maker – and hopefully make up for the last three films released in the series. Of course, many of us fell in love with the movies, went to see them in theatres and owned the VHS tapes – ah, those massive bulky tapes that degraded over time.

The Force: Star Wars Franchise Worth Over $30 Billion and Growing. 24/7 Wall St. has decided to calculate the total value of the Star Wars franchise ahead of the release of the 3D film “Star Wars: The Phantom Menace” and while its ‘Star Wars: The Old Republic’ MMORPG video game is going strong. 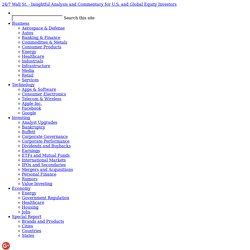 Calculating a total value for a franchise this large and spanning 35 years is no easy task. Our projections and figures are based upon existing data and also consider some loose projections ahead. If you use the publicly available figures for Star Wars and consider more recent events, the total value is already over $30 billion. Sources vary from all over the web, and mainstream media articles often have different figures when they are close together in time.

Future Marvel Star Wars Comics Will Take Place In Different Time Periods. At Comic-Con International: San Diego, Marvel Comics announced that they would be launching a new line of Star Wars comics, which will become official canon of the Star Wars universe Three titles will kick the line off – a main Star Wars series, a Darth Vader series, and a Princess Leia solo series – all of which are set during the classic trilogy Star Wars era, specifically between the events of Episodes IV and V. 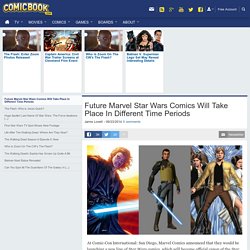 Marvel’s new Star Wars comics won’t stay in that era exclusive, however. Speaking to the podcast Coffee with Kenobi, Marvel’s Star Wars line editor Jordan D. White revealed that Marvel already has plans to launch a series set during a different time period in the Star Wars universe. “With these first series, we wanted to stick all in the same era in order to create the sort of inter-connected universe feel we get between Marvel books,” he said. White wouldn’t spill any more details about when the series would take place. Or maybe they’ll explore something new entirely. Marvel 'Star Wars' Comics May Be Coming Sooner Than Expected. When it was announced in January that Disney was moving the Star Wars comic license to Marvel Entertainment as part of the corporation's ramping up of the property ahead of 2015's J.J. 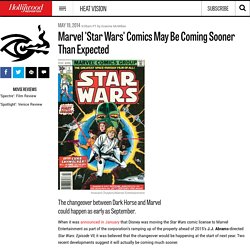 Abrams-directed Star Wars: Episode VII, it was believed that the changeover would be happening at the start of next year. Two recent developments suggest it will actually be coming much sooner. History of science fiction films. The history of science fiction films parallels that of the motion picture industry as a whole, although it took several decades before the genre was taken seriously. 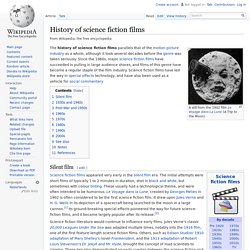 Since the 1960s, major science fiction films have succeeded in pulling in large audience shares, and films of this genre have become a regular staple of the film industry. Science fiction films have led the way in special effects technology, and have also been used as a vehicle for social commentary. Silent film[edit] Science fiction films appeared very early in the silent film era. The initial attempts were short films of typically 1 to 2 minutes in duration, shot in black and white, but sometimes with colour tinting. 1930s and 1940s[edit] Movies during the 1930s were largely impacted by the advent of sound and dialogue, and by the effects of the Great Depression that began in 1929.[6] Audiences began to pursue films with more escapist themes, leading to a decline in serious speculative films. Post-War and 1950s[edit] 12 Movies That Inspired Star Wars. The original Star Wars trilogy were highly influential films that changed how science fiction films were imagined and how special effects were used. 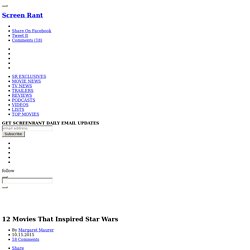 But Star Wars was not created in a vacuum. Instead, the men and women behind Star Wars blended together diverse inspirations from a variety of different genres, pulling from samurai films, wild west movies, space opera serials, and World War II dramas. George Lucas and his creative team pulled seamlessly and blended these seemingly unrelated stories in order to create the characters, worlds, and plots of Star Wars. Cultural impact of Star Wars. George Lucas' multi-film Star Wars saga has had a significant impact on modern popular culture. Star Wars references are deeply embedded in popular culture;[1] references to the main characters and themes of Star Wars are casually made in many English-speaking countries with the assumption that others will understand the reference.

Darth Vader has become an iconic villain. Forbes Welcome. "The Force Awakens" Shatters "Hunger Games" Record. The Force Is With Electronic Arts. Electronic Arts is back from the “dark side”. The video game publisher, voted the “worst company in America” on the Consumerist.com website in 2012 and 2013, is forecasting record revenue this year thanks to the anticipated success of a new Star Wars-themed game launching in November. EA said on Thursday that “extremely strong” preorders for “Star Wars: Battlefront” were behind its decision to raise its full-year revenue forecast to $4.45 billion from $4.40 billion.

It was the first time in 15 years that the Redwood City, California-based company had raised its revenue forecast in the first quarter, Jefferies analysts said in a client note. EA’s shares fell on what appeared to be an underwhelming forecast, but analysts said the company was likely being cagey. And expectations are high. “They’ve done an incredible job with the game,” said Ben Howard, an executive at video game review site GameSpot, who played the game at the E3 gaming industry trade fair in June. Star Wars: for all ages, all of the time? Star Wars is meant for kids. George Lucas agreeing to take the rights to sell T-shirts and lunchboxes and plastic snowtroopers in lieu of a pay hike is proof of that. Star Wars has always been meant for kids. But it was its ability to draw in everyone else that made it one of the most commercially successful films in history.

Adjusted for inflation, only Avatar and Gone with the Wind fare better. Despite its monolithic cultural influence, no other Star Wars movie comes close to beating A New Hope. Far more intelligent people than I have tried to explain why the prequels were seen by so many as a disappointment, but it was never really the children that it disappointed. Don’t tell me that’s not toilet humour… So now we have a sequel trilogy, and as far as I can tell, critics and media pundits are falling over themselves to point out that these movies need to recapture the magic of the originals, however they currently choose to define that nebulous trait. Star Wars is all ages. Like this: Star Wars (comics) Comic books based on Star Wars have been published by Marvel Comics, Dark Horse Comics and Tokyopop.

Charles Lippincott, Lucasfilm's publicity supervisor, initially approached Stan Lee in 1975 about publishing a Star Wars comic book prior to the film's release to appeal to the film's most likely audience. However, Lee declined to consider such a proposal until the film was completed, and was only persuaded otherwise in a second meeting arranged by Roy Thomas, who wanted to edit the series. Considering movie tie-in comics rarely sold well at that time, Lee negotiated a publishing arrangement with no royalties to Lucasfilm until sales exceeded 100,000 at which point legal arrangements could be revisited.[1] Marvel Comics Group published a series of Star Wars comic books from 1977 to 1986, lasting 107 issues and 3 annuals. In 1991, Dark Horse started publishing Star Wars comics, initially with mini-series such as Dark Empire, Tales of the Jedi and Crimson Empire.