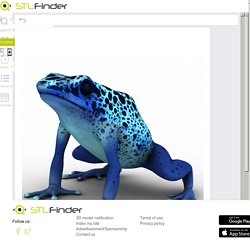 The Poison Dart Frog has a fully textured, detailed design that allows for close-up renders, and was originally modelled in 3ds Max 2012 and rendered with V-Ray. *********************************Features:-High quality polygonal model, correctly scaled for an accurate representation of the original object. -Model's resolutions are optimized for polygon efficiency. (In 3ds Max, the Meshsmooth function can be used to increase mesh resolution if necessary.) Safari Ltd Poison Dart Frogs Toob 100121. New Poison Frog Species Evolving Before Our Eyes, Study Says – National Geographic Society (blogs) A poison dart frog from Peru that mimics its neighbors in incredible detail is evolving into a new species, scientists believe. 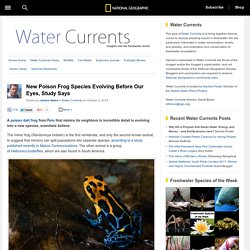 The mimic frog (Ranitomeya imitator) is the first vertebrate, and only the second known animal, to suggest that mimicry can split populations into separate species, according to a study published recently in Nature Communications. The other animal is a group of Heliconius butterflies, which are also found in South America. We can’t hold the frog in our hands just yet, though—the new species may not finish evolving for several thousand more years. 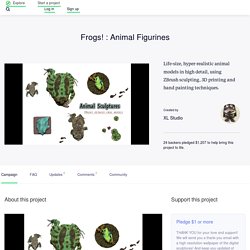 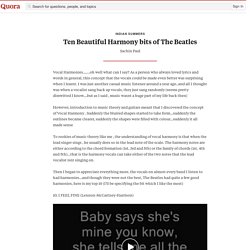 As a person who always loved lyrics and words in general, this concept that the vocals could be made even better was surprising when I learnt. I was just another casual music listener around a year ago..and all I thought was when a vocalist sang back up vocals, they just sang randomly (seems pretty dimwitted I know....but as I said , music wasnt a huge part of my life back then) However, introduction to music theory and guitars meant that I discovered the concept of Vocal Harmony . Suddenly the blurred shapes started to take form...suddenly the outlines became clearer, suddenly the shapes were filled with colour...suddenly it all made sense To rookies of music theory like me , the understanding of vocal harmony is that when the lead singer sings , he usually does so in the lead note of the scale. 10. The first thing I liked about this song was the riff itself however on listening closely, the harmonies were beautiful. 9. My Insane Devotion to Vocal Harmonies as Used by the Beatles – D-Brad Music.

(Photo Credit: The Telegraph) I have an irrational love for vocal harmonies. 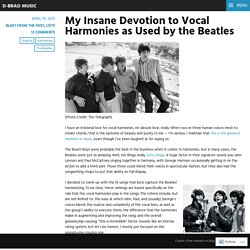 An absurd love, really. When two or three human voices mesh to create chords, that is the epitome of beauty and purity to me — I’m serious. I maintain that this is the greatest moment in music, even though I’ve been laughed at for saying so. The Beach Boys were probably the best in the business when it comes to harmonies, but in many cases, the Beatles were just as amazing. Tammam Azzam's Kiss: an unromantic commentary on the Syrian conflict. Love is the drug for the best and most effective political art. 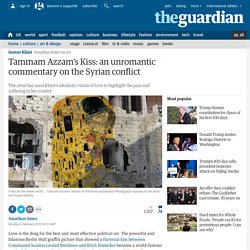 The powerful and hilarious Berlin Wall graffiti picture that showed a fraternal kiss between Communist leaders Leonid Brezhnev and Erich Honecker became a world-famous work of dissenting art. Banksy emulated its cheek in his mural Kissing Coppers. Now the Syrian artist Tammam Azzam has enlisted one of the greatest kisses in art to protest against his country's suffering in a war watched passively by the outside world. Azzam has Photoshopped Gustav Klimt's painting The Kiss against a war-ravaged (and ancient-looking) Syrian building. The image has gone viral, being rapidly shared around the world. The painting whose golden ghost he has made to materialise on a ruinous facade is a passionate plea for universal love.

Klimt's Kiss is the painting that launched a million Athena posters. Artist Isaac Cordal's Incredible Tiny Sculptures Offer a Chilling View of Climate Change. Climate change and the ills of capitalism are often harped on as two of the biggest threats to society, but many of us have trouble picturing such far-off threats. 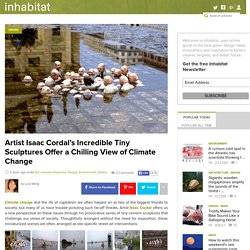 Artist Issac Cordal offers us a new perspective on these issues through his provocative series of tiny cement sculptures that challenge our views of society. Thoughtfully arranged without the need for exposition, these miniaturized scenes are often arranged as site-specific street art interventions. Isaac Cordal is famous for tackling big political issues through a tiny medium. In his series “Waiting for Climate Change,” Cordal created a set of ephemeral and partially submerged installations to draw attention to rising sea level change. 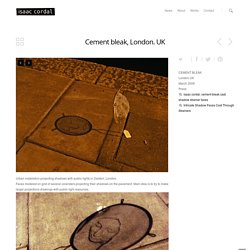 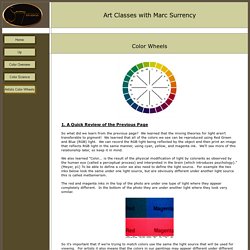 A Quick Review of the Previous Page So what did we learn from the previous page? We learned that the mixing theories for light aren't transferable to pigment! We learned that all of the colors we see can be reproduced using Red Green and Blue (RGB) light. Low-Carb Snacks – the Best and the Worst - Diet Doctor. Cosmic Motors' Detonator by Akiba91 on DeviantArt. Untitled. This Electric Motorcycle Has Storage Space Instead of a Gas Tank. Loinger Design. KTM Delta : Electric Motorcycle for Hipsters Just Like Riding a Single Speed Bike. In corporation with KTM and Kista, Benjamin Loinger has designed KTM Delta, a concept motorcycle for younger generation. 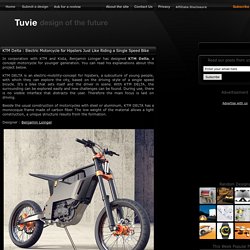 You can read his explanations about this project below. KTM DELTA is an electric-mobility-concept for hipsters, a subculture of young people, with which they can explore the city, based on the driving style of a single speed bicycle. It’s a bike that sets itself and the driver in scene. With KTM DELTA, the surrounding can be explored easily and new challenges can be found. During use, there is no visible interface that distracts the user.

Beside the usual construction of motorcycles with steel or aluminum, KTM DELTA has a monocoque frame made of carbon fiber. Electric Motorcycle Kit. Electric Motorcycle Kit. Zero MMX Specifications. Specifications are subject to change without notice. Imagery may not reflect most current product specifications. Zero Motorcycles reserves the right to make improvements and/or design changes without any obligation to previously sold, assembled or fabricated equipment. A “City” range test is specified to determine riding range during “stop-and-go” operation typically found in urban areas. This estimate is provided following the SAE J2982 Riding Range Test Procedure for On-Highway Electric Motorcycles to provide a reasonable and consistent basis for manufacturers to inform prospective owners of the riding range that can be expected under specified operating conditions.

The lower level of detail has 1965 polygon. Max poison dart frog. Show Posts - stemturtle. Colorata Tropical Rain Forest Frogs This 2005 set features 16 frogs. Each replica is marked with the common name and a figure number. The figure numbers are identified in a booklet titled The Practical Guide of Frogs, which gives the scientific names and distribution maps. Amazon. Two3Dmonkeys printing.

I really diddnt use this blob as well as what i could have, but that is all going to change. Now i have some time, im going to revamp the site and start to put more posts online. (kym) One of the biggest problem i have with my bowden tube feed extruder is plastic that has kinks or bends in to, this gets stuck in my feeder and causes the filament to grind. So taken from the idea of a wire straightener , here is my filament straightener. i haven’t had any grinding problem since starting to use it.