Untitled. To experience the grandeur of the 224-foot long, 20-inch tall tapestry, one would have to visit it at the Bayeux Museum in Normandy, France, where it is on permanent display. 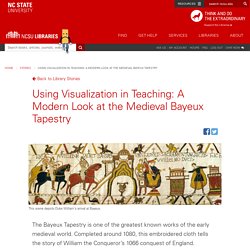 Although digital images of the tapestry are available, it is difficult to get a sense of its scale on a normal computer monitor. The Bayeux Tapestry at its home in Bayeux, France. (photo credit: boris doesborg) Over 930 years after the Bayeux Tapestry was commissioned, library staff at NC State were looking for a project that would demonstrate the capabilities of the visualization spaces at the James B. Hunt Jr. and D. In Fall 2014, library staff members Shaun Bennett and Markus Wust approached Dr. With Mell on board, Bennett and Wust worked together to place public domain images of the Bayeux Tapestry on a website which could be accessed from any of the Libraries’ visualization spaces. 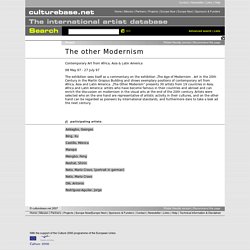 Mexico's street art tells stories of grief, anger and resistance. Nine years ago, as its streets filled with flames, anger and water cannon, the walls of Oaxaca began to speak. 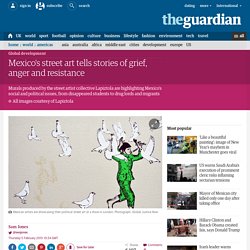 Stencilled commentaries – here a defiant fist clutching a pencil, there a hooded figure lobbing a Molotov cocktail or, more subversively, a book – appeared on buildings in the southern Mexican city as popular fury exploded over the state governor’s heavy-handed response to a pay-and-conditions strike by local teachers. Their creators were Rosario Martínez and Roberto Vega, two young graphic designers who felt the time had come to move past T-shirt slogans and flyers. With Facebook walls yet to achieve their full revolutionary potential, the pair opted to use the real thing instead. “Stencils are harder to remove,” Martínez says. “And painting a wall red says more than a little poster can – it’s like people said at the time, ‘It’s a shout painted on a wall.’”

In one, an accordion player squeezes a tune out of his instrument while a flock of doves attacks a cartel member. American Stories: Paintings of Everyday Life, 1765–1915—Artist Kara Walker Discusses The Power of Music. October 12, 2009–January 24, 2010 Artist Kara Walker offers her interpretation of the painting The Power of Music by William Sidney Mount, on view in the exhibition American Stories: Paintings of Everyday Life, 1765–1915. 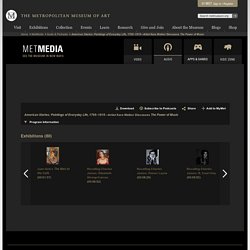 Transcript Carrie Rebora Barratt: This is Carrie Rebora Barratt, curator—with my colleague Barbara Weinberg—of the exhibition American Stories: Paintings of Everyday Life, 1765–1915 at The Metropolitan Museum of Art in New York. The exhibition includes more than one hundred iconic works by many of America's most acclaimed artists, who tell stories about their times by depicting ordinary people engaged in life's tasks and pleasures. American Stories: Paintings of Everyday Life, 1765–1915—Artist Kara Walker Discusses The Power of Music. Stephen Walter, the artist mapping London's shifts, stories and secrets – in pictures. Investigating Identity. Identity is the way we perceive and express ourselves. 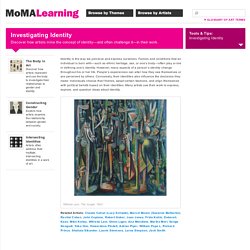 Factors and conditions that an individual is born with—such as heritage, , or one’s body—often play a role in defining one’s . However, many aspects of a person’s identity change throughout his or her life. People’s experiences can alter how they see themselves or are perceived by others. Conversely, their identities also influence the decisions they make: Individuals choose their friends, adopt certain fashions, and align themselves with political beliefs based on their identities. 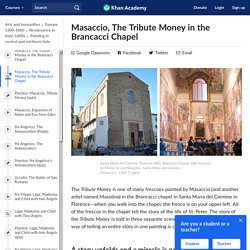