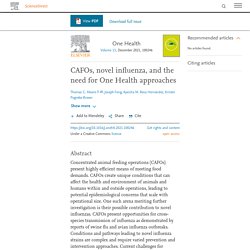 CAFOs create unique conditions that can affect the health and environment of animals and humans within and outside operations, leading to potential epidemiological concerns that scale with operational size. One such arena meriting further investigation is their possible contribution to novel influenzas. VIRUSES 09/11/21 Influenza A Viruses and Zoonotic Events—Are We Creating Our Own Reservoirs? Zoonotic infections of humans with influenza A viruses (IAVs) from animal reservoirs can result in severe disease in individuals and, in rare cases, lead to pandemic outbreaks; this is exemplified by numerous cases of human infection with avian IAVs (AIVs) and the 2009 swine influenza pandemic. 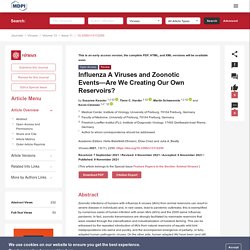 In fact, zoonotic transmissions are strongly facilitated by manmade reservoirs that were created through the intensification and industrialization of livestock farming. This can be witnessed by the repeated introduction of IAVs from natural reservoirs of aquatic wild bird metapopulations into swine and poultry, and the accompanied emergence of partially- or fully-adapted human pathogenic viruses. On the other side, human adapted IAV have been (and still are) introduced into livestock by reverse zoonotic transmission. VIRUSES 27/05/21 Diversity and Reassortment Rate of Influenza A Viruses in Wild Ducks and Gulls. Influenza A viruses (IAVs) evolve via point mutations and reassortment of viral gene segments. 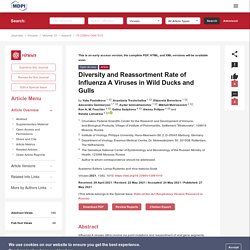 The patterns of reassortment in different host species differ considerably. We investigated the genetic diversity of IAVs in wild ducks and compared it with the viral diversity in gulls. The complete genomes of 38 IAVs of H1N1, H1N2, H3N1, H3N2, H3N6, H3N8, H4N6, H5N3, H6N2, H11N6, and H11N9 subtypes isolated from wild mallard ducks and gulls resting in a city pond in Moscow, Russia were sequenced. The analysis of phylogenetic trees showed that stable viral genotypes do not persist from year to year in ducks owing to frequent gene reassortment. For comparison, similar analyses were carried out using sequences of IAVs isolated in the same period from ducks and gulls in The Netherlands. CDC EID - JANV 2020 - Influenza A Virus Infections in Dromedary Camels, Nigeria and Ethiopia, 2015–2017. Disclaimer: Early release articles are not considered as final versions. 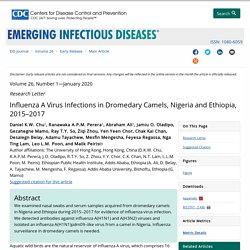 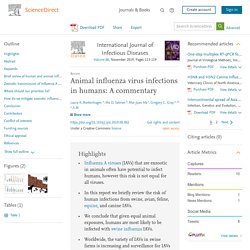 Alford, J.A. Kasel, J.R. Lehrich, V. University of Maryland - 2011 - Thèse en ligne : MOLECULAR PATHOGENESIS OF INFLUENZA IN SWINE AND ENGINEERING OF NOVEL RECOMBINANT INFLUENZA VIRUSES. BMC VETERINARY RESEARCH 03/09/18 Quantifying the effect of swab pool size on the detection of influenza A viruses in broiler chickens and its implications for surveillance. Using data from experimental infections of chickens with either H5 or H7 viruses, the performance of RT-PCR, FluDETECT and VetScan in detecting IAV was evaluated. 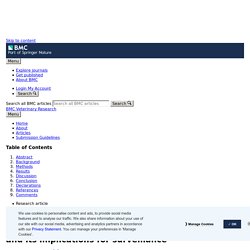 For individual OP RT-PCR positive swabs (Table 2), FluDETECT detected 37% of H5 samples and 58% of H7 samples (9% and 16% more H5 and H7 virus PCR positive samples than VetScan). These detected proportions from clinically normal LPAIV-infected birds are lower than those reported for samples taken from HPAIV-infected sick or dead birds. Note however that even lower sensitivities (ranging from 0 to 5%) were reported for other LFI kits on individual swabs of H6N2 LPAIV [8]. In this study (conducted with LPAIV), the mean virus titers in the individual swabs detected by both LFI kits were comparable, and H7 samples had higher titers and more LFI positive proportions among RT-PCR positive samples than the H5 virus. On test sensitivities for HPAIV, the ability of LFI kits to detect H5N1 virus subtype has been previously assessed. 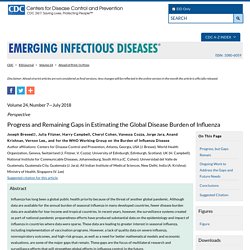 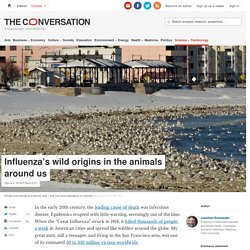 Epidemics erupted with little warning, seemingly out of the blue. When the “Great Influenza” struck in 1918, it killed thousands of people a week in American cities and spread like wildfire around the globe. My great aunt, still a teenager, and living in the San Francisco area, was one of its estimated 50 to 100 million victims worldwide. Neither public health authorities nor medical researchers understood that it was a virus that caused the 1918 pandemic – most of the world at that time didn’t even know what a virus was. A century later, death due to infection is much less common, thanks to public health efforts and improved medical technology and expertise. My laboratory, along with others around the world, is working to understand how and why new influenza viruses may grip us again. 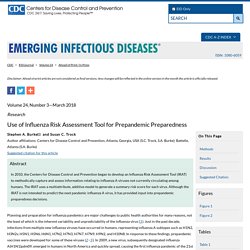 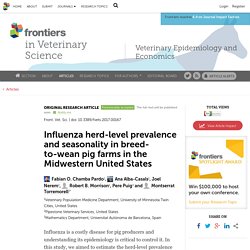 In this study, we aimed to estimate the herd-level prevalence and seasonality of influenza in breed-to-wean pig farms, evaluate the correlation between influenza herd-level prevalence and meteorological conditions, and characterize influenza genetic diversity over time. A cohort of 34 breed-to-wean farms with monthly influenza status obtained over a 5 year period in piglets prior to wean were selected. A farm was considered positive in a given month if at least one oral fluid tested influenza positive by RT-PCR. Influenza seasonality was assessed combining autoregressive integrated moving average (ARIMA) models with trigonometric functions as covariates. J Theor Biol. 2016 Jul 7;400:138-53. Reconstruction of disease transmission rates: Applications to measles, dengue, and influenza. CDC EID - Volume 23, Number 9—September 2017. Au sommaire notamment: Serologic Evidence for Influenza C and D Virus among Ruminants and Camelids, Africa, 1991–2015.

INFLUENZA AND OTHER RESPIRATORY VIRUSES 30/01/17 Origin, distribution, and potential risk factors associated with influenza A virus in swine in two production systems in Guatemala. Background Guatemala is the country with the largest swine production in Central America; however, evidence of influenza A virus (IAV) in pigs has not been clearly delineated. Objectives. CDC EID - FEV 2017 - Au sommaire notamment: Swine Influenza Virus (H1N2) Characterization and Transmission in Ferrets, Chile.

The high rates of illness and death related to this disease in feedlot cattle are caused by multiple factors, including several viral and bacterial co-infections. Influenza D viruses were detected in cattle and pigs with respiratory diseases (and in some healthy cattle) in China (4), France (5), Italy (6), among other countries, indicating their wide global geographic distribution. Although the influenza D virus, like the human influenza C virus, is known to use 9-O-acetylated sialic acids as the cell receptor (2,7), its zoonotic potential is undefined because of limited research (1,8). Figure References. JOURNAL OF THE ROYAL SOCIETY 29/06/16 High turnover drives prolonged persistence of influenza in managed pig herds. Trakia Journal of Sciences, No 2, pp 205-209, 2013 CONCENTRATED ANIMAL FEEDING OPERATIONS (CAFOS) AS POTENTIAL INCUBATORS FOR INFLUENZA OUTBREAKS. INFECTION ECOLOGY & EPIDEMIOLOGY - 2012 - Oseltamivir (Tamiflu®) in the environment, resistance development in influenza A viruses of dabbling ducks and the risk of transmission of an oseltamivir-resistant virus to humans — a review.

Vaccine 24 (2006) 6701–6707 Transmissibility and mortality impact of epidemic and pandemic influenza, with emphasis on the unusu. Virology Journal 2009, 6:69 Protein intrinsic disorder and influenza virulence: the 1918 H1N1 and H5N1 viruses.