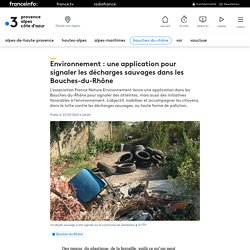 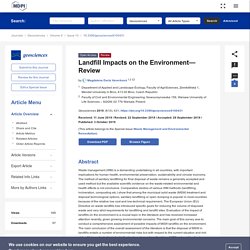 The method of sanitary landfilling for final disposal of waste remains a generally accepted and used method but the available scientific evidence on the waste-related environmental and health effects is not conclusive. Comparative studies of various WM methods (landfilling, incineration, composting etc.) show that among the municipal solid waste (MSW) treatment and disposal technological options, sanitary landfilling or open dumping is popular in most countries because of the relative low cost and low-technical requirement. The European Union (EU) Directive on waste landfills has introduced specific goals for reducing the volume of disposed waste and very strict requirements for landfilling and landfill sites. ►▼ Show Figures Graphical abstract ►▼ Show Figures Graphical abstract. 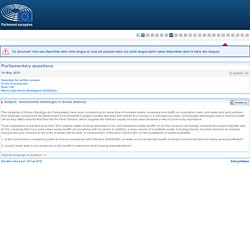 Uncontrolled discharges pose a serious health risk as they affect streams that flow into the River Tambre, which supplies the Galician capital and has been declared a site of Community importance. Truck inspections reveal that more than 30% organic matter is being deposited in the non-hazardous waste landfill run by the company Ute Eyrega, whereas the project estimate was for 5%, meaning that it is a solid urban waste landfill not complying with its permit. 1.

Is the Commission considering action to ensure compliance with Directive 2000/60/EC on water and to protect the health of people and animals that are being seriously affected? 2. FRANCE 2 VIA YOUTUBE 07/06/18 Envoyé spécial. Décharges sauvages : pas de ça chez moi ! - 7 juin 2018 (France 2) PARLEMENT EUROPEEN - Réponse à question E-002546-18 Refusal by the Greek authorities to close down an illegal and dangerous landfill. Aigiras landfill has been operating without permission since January 2015. 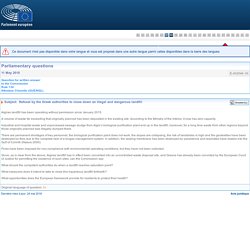 A volume of waste far exceeding that originally planned has been deposited in the existing site. According to the Ministry of the Interior, it now has zero capacity. Industrial and hospital waste and unprocessed sewage sludge from Aigio’s biological purification plant end up in the landfill; moreover, for a long time waste from other regions beyond those originally planned was illegally dumped there. There are permanent shortages of key personnel, the biological purification plant does not work, the slopes are collapsing, the risk of landslides is high and the geotextiles have been destroyed by fires due to the complete lack of a biogas management system.

In addition, the sealing membrane has been destroyed by subsidence and leachates have leaked into the Gulf of Corinth (Natura 2000). Fines have been imposed for non-compliance with environmental operating conditions, but they have not been collected. PARLEMENT EUROPEEN - Réponse à question E-002121-18 Illegal landfills in Campania. PARLEMENT EUROPEEN - Réponse à question E-005857-17 Torretta urban landfill site.

PARLEMENT EUROPEEN - Réponse à question E-005906-17 Lepetit landfill site. Lepetit is a former landfill site owned by the Province of Brindisi and located in the municipality of San Pancrazio Salentino. 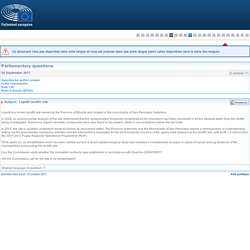 In 2008, an environmental analysis of the site determined that the contamination threshold concentrations for chloroform had been exceeded in all the samples taken from the shafts being investigated. Numerous organic aromatic compounds were also found to be present, albeit in concentrations below the set limits. In 2012, the site in question underwent works to ensure its permanent safety.

PARLEMENT EUROPEEN - Réponse à question E-003321-16 Bribery in connection with landfill management in Cyprus. The Cypriot authorities have issued warrants for the arrest of managers of the Helektor and Enviroplan companies on corruption charges relating to landfill management at Paphos and Koshi. 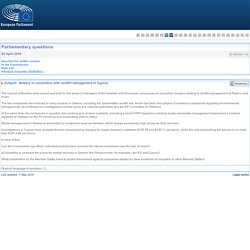 The two companies are involved in many projects in Greece, including the Grammatiko landfill site, which has been the subject of numerous complaints regarding environmental infringements, as confirmed by investigations carried out by the national authorities and the EP Committee on Petitions. At the same time, the companies in question are continuing to receive contracts, including a recent PPP hazardous medical waste incinerator management project and a contract awarded to Helektor for the Fili recycling and composting plant in Attica. Waste management in Greece is dominated by companies such as Helektor, which charge excessively high prices for their services. In view of this: Can the Commission say which cofunded projects have involved the above companies over the last 10 years? PARLEMENT EUROPEEN - Réponse à question E-015431-15 Tre Monti landfill in Imola. Tre Monti landfill in Imola (Bologna province) is owned by the consortium ConAmi and managed by HeraAmbiente, a company belonging to the Hera Group, which is a refuse collection group. 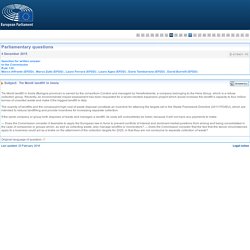 Recently, an environmental impact assessment has been requested for a seven-hectare expansion project which would increase the landfill’s capacity to four million tonnes of unsorted waste and make it the biggest landfill in Italy. The scarcity of landfills and the consequent high cost of waste disposal constitute an incentive for attaining the targets set in the Waste Framework Directive (2011/753/EU), which are intended to reduce landfilling and provide incentives for increasing separate collection.

If the same company or group both disposes of waste and manages a landfill, its costs will undoubtedly be lower, because it will not have any payments to make. PARLEMENT EUROPEEN - Réponse à question E-005595-16 Malga Melagon landfill site, Asiago (VI) — risk of groundwater contamination. In Malga Melagon, on the Plateau of Asiago (VI), a disused quarry is being used as a landfill site for municipal solid waste (MSW). 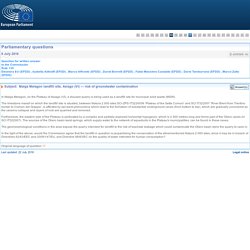 The limestone massif on which the landfill site is situated, between Natura 2 000 sites SCI-ZPS IT3220036 ‘Plateau of the Sette Comuni’ and SCI IT322007 ‘River Brent from Trentino border to Cismon del Grappa’, is affected by epi-karst phenomena which lead to the formation of substantial underground caves (from bottom to top), which are gradually uncovered as the caverns collapse and layers of rock are quarried and removed. Furthermore, the eastern side of the Plateau is perforated by a complex and partially-explored horizontal hypogeum, which is 2 500 metres long and forms part of the Oliero caves (in SCI IT322007). The sources of the Oliero basin karst springs, which supply water to the network of aqueducts in the Plateau's municipalities, can be found in these caves. PARLEMENT EUROPEEN - Réponse à question E-007259-16 Razzaboni landfill site. Italy is currently involved in infringement proceedings following a judgment issued on 2 January 2014 (Case C-196/13, infringement procedure 2003/2077) regarding illegal Italian landfills which have not yet been decontaminated. 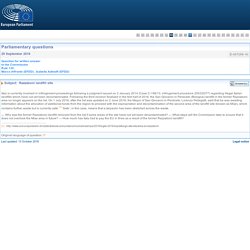 Following the third revision finalised in the first half of 2016, the San Giovanni in Persiceto (Bologna) landfill in the former Razzaboni area no longer appears on the list. On 1 July 2016, after the list was updated on 2 June 2016, the Mayor of San Giovanni in Persiceto, Lorenzo Pellegatti, said that he was awaiting information about the allocation of additional funds from the region to proceed with the expropriation and decontamination of the second area of the landfill site (known as Mise), which contains further waste but is currently safe.(1) ‘Safe’, in this case, means that a tarpaulin has been stretched across the waste. — Why was the former Razzaboni landfill removed from the list if some areas of the site have not yet been decontaminated? 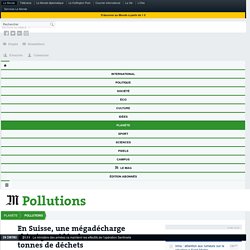