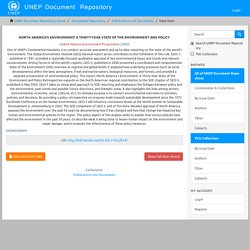 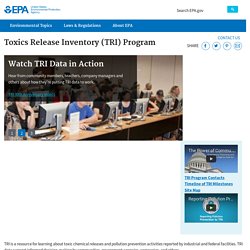 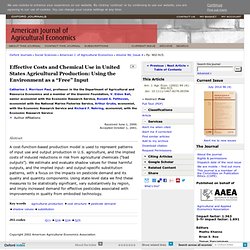 CHOICES - 2007 - Theme Overview: Agriculture and Water Quality in the Cornbelt: Overview of Issues and Approaches. More than three decades have elapsed since the passage of the Federal Water Pollution Control Act with its stated goal of zero discharge of pollutants into the nation's waterways. 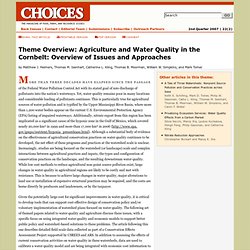 Yet, water quality remains poor in many locations and considerable loading of pollutants continues. This is particularly true for agricultural sources of water pollution and is typified by the Upper Mississippi River Basin, where more than 1,200 water bodies appear on the current U.S. Environmental Protection Agency (EPA) listing of impaired waterways. Additionally, nitrate export from this region has been implicated as a significant cause of the hypoxic zone in the Gulf of Mexico, which covered nearly 20,000 km2 in 1999 and more than 17,000 km2 in 2006 ( gov/gmpo/nutrient/hypoxia_pressrelease.html). 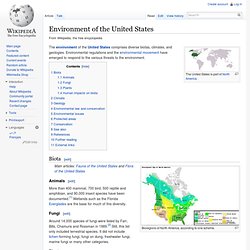 Animals[edit] More than 400 mammal, 700 bird, 500 reptile and amphibian, and 90,000 insect species have been documented.[1] Wetlands such as the Florida Everglades are the base for much of this diversity. Fungi[edit] Around 14,000 species of fungi were listed by Farr, Bills, Chamuris and Rossman in 1989.[2] Still, this list only included terrestrial species. Plants[edit] With habitats ranging from tropical to Arctic, U.S. plant life is very diverse. 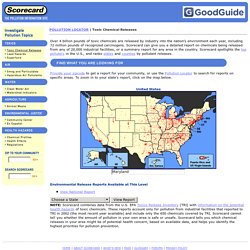 Scorecard can give you a detailed report on chemicals being released from any of 20,000 industrial facilities, or a summary report for any area in the country. Scorecard spotlights the top polluters in the U.S., and ranks states and counties by pollutant releases. Provide your zipcode to get a report for your community, or use the Pollution Locator to search for reports on specific areas. To zoom in to your state's report, click on the map below. United States Environmental Release Reports Available at This Level View National Report. National Center for Health Statistics. EPA - 2008 - Report on the Environment. US Environmental Protection Agency.