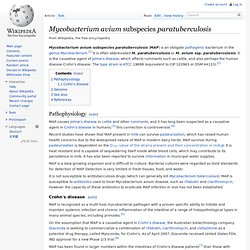 It is the causative agent of Johne's disease, which affects ruminants such as cattle, and also perhaps the human disease Crohn's disease. The type strain is ATCC 19698 (equivalent to CIP 103963 or DSM 44133).[2] Pathophysiology[edit] MAP causes Johne's disease in cattle and other ruminants, and it has long been suspected as a causative agent in Crohn's disease in humans;[3] this connection is controversial.[4] Recent studies have shown that MAP present in milk can survive pasteurization, which has raised human health concerns due to the widespread nature of MAP in modern dairy herds. MAP is a slow growing organism and is difficult to culture. 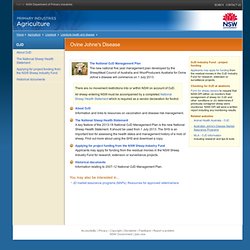 There are no movement restrictions into or within NSW on account of OJD. All sheep entering NSW must be accompanied by a completed National Sheep Health Statement which is required as a vendor declaration for footrot. About OJD Information and links to resources on vaccination and disease risk management.The National Sheep Health Statement A key feature of the 2013-18 National OJD Management Plan is the new National Sheep Health Statement. It should be used from 1 July 2013. USDA - Johne's Disease Information. J. Dairy Sci. 90:3590–3595 2007 Prevalence of Mycobacterium avium Subspecies paratuberculosis in Swiss Raw Milk Cheeses Collecte. IAP: International Association for Paratuberculosis. The 82nd Annual Conference of the Agricultural Economics Society Royal Agricultural College - 31st March to 2nd April 2008 Winne. 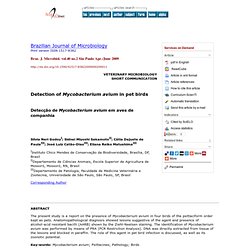 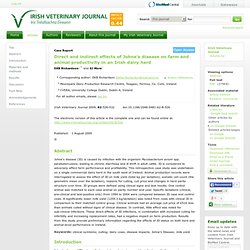 The case study is an investigation of the effect of Johne's disease on production in the herd confirmed. The Munster region in the south west of Ireland is the country's premier dairy area: in 2006, 61% of dairy calves in Ireland were born in this province [5]. The study was conducted over 11 years (the 'study period') from 1994 (the year prior to the first JD clinical case on the farm) to 2004. Health and production data from all cows in milk during this period (the 'study animals') were considered. Study farm On the study farm, there were an average of 71 cows in milk during the study period, with an annual average milk production of 5550.3 kg/year (SD = 431.2). Eventually, the farmer requested that the three animals that were currently very 'poorly' in the herd be tested for Johne's disease in 2000. 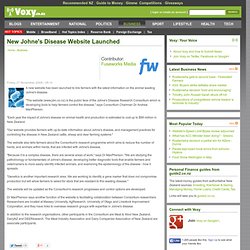 "The website (www.jdrc.co.nz) is the public face of the Johne's Disease Research Consortium which is developing tools to help farmers control the disease," says Consortium Chairman Dr Andrew MacPherson. "Each year the impact of Johne's disease on animal health and production is estimated to cost up to $88 million in New Zealand. "Our website provides farmers with up-to-date information about Johne's disease, and management practices for controlling the disease in New Zealand cattle, sheep and deer farming systems.

" The website also tells farmers about the Consortium's research programme which aims to reduce the number of herds, and animals within herds, that are infected with Johne's disease. "Because it is a complex disease, there are several areas of work," says Dr MacPherson. Clin. Microbiol. Rev. July 2001 Mycobacterium avium subsp. paratuberculosisin Veterinary Medicine. Interaction of Survival within macrophages is a hallmark of . 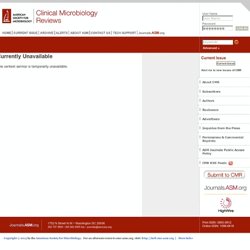 Additionally, transient exposure of monocytes to growth hormone or prolactin enhances intracellular multiplication of in primary bovine monocytes ( 109 ). Because the levels of these hormones also fluctuate during parturition and lactation, it is possible that similar alterations in the hormonal milieu might also influence the intracellular multiplication of in bovine mononuclear phagocytes in vivo. THE LANCET Vol 364 September 18, 2004 Culture of Mycobacterium avium subspecies paratuberculosis from the blood of patients with.