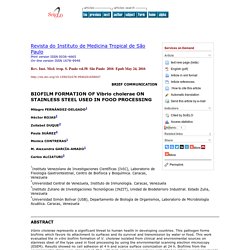 PLOS 17/09/14 Cholera and Shigellosis: Different Epidemiology but Similar Responses to Climate Variability. Abstract Background Comparative studies of the associations between different infectious diseases and climate variability, such as the El Niño-Southern Oscillation, are lacking. 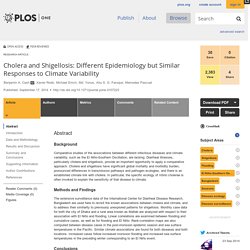 Diarrheal illnesses, particularly cholera and shigellosis, provide an important opportunity to apply a comparative approach. Cholera and shigellosis have significant global mortality and morbidity burden, pronounced differences in transmission pathways and pathogen ecologies, and there is an established climate link with cholera. In particular, the specific ecology of Vibrio cholerae is often invoked to explain the sensitivity of that disease to climate. Methods and Findings The extensive surveillance data of the International Center for Diarrheal Disease Research, Bangladesh are used here to revisit the known associations between cholera and climate, and to address their similarity to previously unexplored patterns for shigellosis. INTERNATIONAL JOURNAL OF FOOD SCIENCE Volume 2013 (2013), Survivability of Vibrio cholerae O1 in Cooked Rice, Coffee, and Tea. 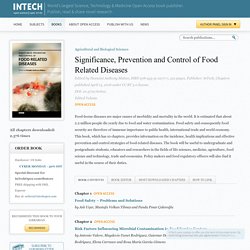 It is estimated that about 2.2 million people die yearly due to food and water contamination. Food safety and consequently food security are therefore of immense importance to public health, international trade and world economy. This book, which has 10 chapters, provides information on the incidence, health implications and effective prevention and control strategies of food-related diseases. Front. Microbiol., 18/10/16 Transmission of Infectious Vibrio cholerae through Drinking Water among the Household Contacts of Cholera Patients (CHoBI7 Trial) Introduction Severe cholera without adequate rehydration can have a case fatality rate of up to 50% (Sack et al., 2004). 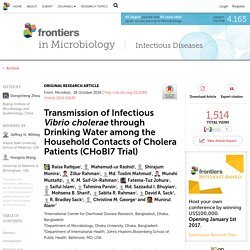 Worldwide an estimated 3–5 million cholera cases occur annually (WHO, 2015). Vibrio cholerae is the etiologic agent of cholera, the severe diarrhoeal disease attributable to the potent cholera toxin (CT) encoded by a prophage lysogenizing into the genome of the bacterium (Guerrant et al., 2003). Of the more than 200 serogroups identified, based on the variations of “O” antigenic lipopolysaccharide (LPS), V. cholerae serogroups O1 and O139 which possess CT can cause epidemic cholera. 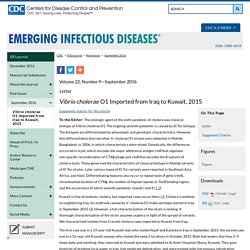 The ongoing seventh pandemic is caused by El Tor biotype. The biotypes are differentiated by phenotypic and genotypic characteristics. However, this differentiation blurred when V. cholerae O1 strains were detected in Matlab, Bangladesh, in 2006, in which characteristics were mixed. Genetically, the differences occurred in tcpA, which encodes the major adherence antigen rstR that regulates site-specific recombination of CTXϕ phage and ctxB that encodes the B subunit of cholera toxin. Kuwait is free of endemic cholera, but imported cases occur there (3). The first case was in a 19-year-old Kuwaiti man who visited Najaf and Karbala in Iraq in September 2015; the second case was in a 52-year-old Kuwaiti woman who visited the same 2 locations in October 2015. 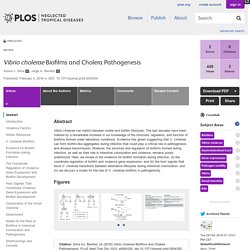 The last decades have been marked by a remarkable increase in our knowledge of the structure, regulation, and function of biofilms formed under laboratory conditions. Evidence has grown suggesting that V. cholerae can form biofilm-like aggregates during infection that could play a critical role in pathogenesis and disease transmission.

However, the structure and regulation of biofilms formed during infection, as well as their role in intestinal colonization and virulence, remains poorly understood. Here, we review (i) the evidence for biofilm formation during infection, (ii) the coordinate regulation of biofilm and virulence gene expression, and (iii) the host signals that favor V. cholerae transitions between alternative lifestyles during intestinal colonization, and (iv) we discuss a model for the role of V. cholerae biofilms in pathogenicity. Published: February 4, 2016. Acta Tropica Volume 149, September 2015, A global map of suitability for coastal Vibrio cholerae under current and future climate conditions. 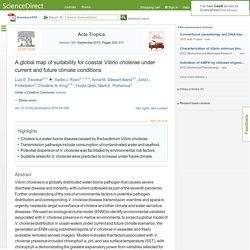 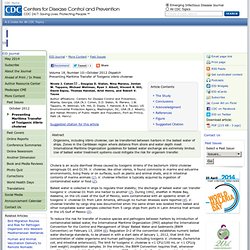 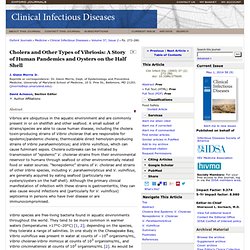 Glenn Morris Jr. Reprints or correspondence: Dr. Glenn Morris, Dept. of Epidemiology and Preventive Medicine, University of Maryland School of Medicine, 10 S. Pine St., Baltimore, MD 21201 (jmorris@epi.umaryland.edu). Abstract Vibrios are ubiquitous in the aquatic environment and are commonly present in or on shellfish and other seafood. Vibrio species are free-living bacteria found in aquatic environments throughout the world.