UNIVERSITYOFCALIFORNIA 09/05/17 What you need to know about food waste and climate change. Two important statistics help frame any discussion about food waste: 1.3 metric gigatons of edible food goes to waste every year and at least 795 million people are undernourished worldwide. 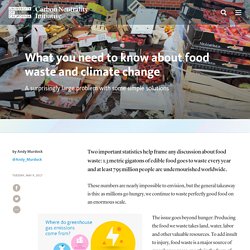 These numbers are nearly impossible to envision, but the general takeaway is this: as millions go hungry, we continue to waste perfectly good food on an enormous scale. The issue goes beyond hunger: Producing the food we waste takes land, water, labor and other valuable resources. To add insult to injury, food waste is a major source of greenhouse gases, mostly in the form of methane, a pollutant at least 25 times more potent than carbon dioxide. When we talk about climate pollution, we tend to focus on power plants, transportation and industry. 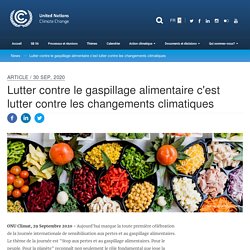 The International Journal of Climate Change - NOV 2014 - Climate Change on the Menu? A Retrospective Look at the Development of South Australian Municipal Food Waste Policy. Abstract Australian households are throwing out more than $5 billion worth of food each year, with over 40% of household food wasted. 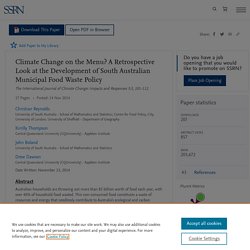 This non-consumed food constitutes a waste of resources and energy that needlessly contribute to Australia’s ecological and carbon footprints. To further complicate matters, the management, transport, and disposal of this non-consumed food is a problem that does not have a comprehensive federally legislated and governed solution. Instead, the collection and processing of municipal food waste is organised by local area councils with support and additional funding from state and federal governments. This has resulted in conflicting waste practices across Australia. Keywords: Food Waste, Municipal, Household, South Australian Disposal Options, Composting, Landfill, Animal Disposal, GHG Emissions, Zero Waste Reynolds, Christian and Thompson, Kirrilly and Boland, John and Dawson, Drew, Climate Change on the Menu? 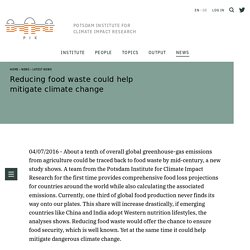 Even though food availability on a global average has been higher than required in theory, some developing countries still have to fight undernourishment or hunger. “At the same time, agriculture is a major driver of climate change, accounting for more than 20 Percent of overall global greenhouse-gas emissions in 2010. PLOS 25/11/09 The Progressive Increase of Food Waste in America and Its Environmental Impact. Abstract Food waste contributes to excess consumption of freshwater and fossil fuels which, along with methane and CO2 emissions from decomposing food, impacts global climate change. 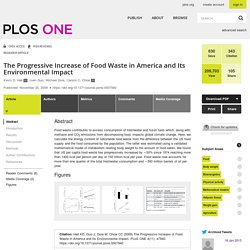 Here, we calculate the energy content of nationwide food waste from the difference between the US food supply and the food consumed by the population. The latter was estimated using a validated mathematical model of metabolism relating body weight to the amount of food eaten. ZEROWASTESCOTLAND_org_uk 26/09/18 Recycling food waste helps us all tackle climate change, reveals report. The fight against climate change begins at home, a new report published by Zero Waste Scotland today reveals. 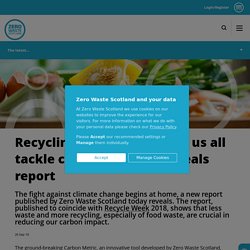 The report, published to coincide with Recycle Week 2018, shows that less waste and more recycling, especially of food waste, are crucial in reducing our carbon impact. 26 Sep 18 The ground-breaking Carbon Metric, an innovative tool developed by Zero Waste Scotland, shows how waste reduction and sustainable waste management plays a critical role in the fight against climate change. It measures the whole-life carbon impacts of Scotland’s waste, from resource extraction and manufacturing emissions, right through to waste management emissions, regardless of where in the world these impacts occur.

It is a pioneering way to measure the carbon impact of our waste, not just the amount that is recycled. Zero Waste Scotland is also today publishing the 2016 Carbon Metric (which contains data on both household and commercial & industrial waste). Across both reports, findings show that: OCDE - JUIN 2013 - Présentation : Food waste and related climate impacts in the Finnish food chain. The Food Chain Analysis Network (FCAN) was launched by the OECD in 2010, and is an expert group of the OECD Committee for Agriculture. 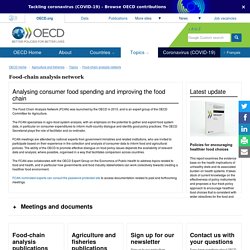 The FCAN specialises in agro-food system analysis, with an emphasis on the potential to gather and exploit food system data, in particular on consumer expenditures to inform multi-country dialogue and identify good policy practices. The OECD Secretariat plays the role of facilitator and co-ordinator. FCAN meetings are attended by national experts from government ministries and related institutions, who are invited to participate based on their experience in the collection and analysis of consumer data to inform food and agricultural policies. The ability of the OECD to promote effective dialogue on food policy issues depends the availability of relevant data and analysis; where possible, organised in a way that facilitates comparison across countries. 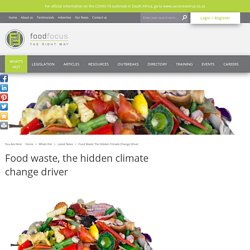 Image: 123RF/Aleksandr Volkov As experts gather in Geneva to finalise the most detailed scientific assessment yet of how we use the land we live off, one phenomenon to which we all contribute will be under close scrutiny: food waste. Ahead of the release of the Intergovernmental Panel on Climate Change (IPCC) report on land use, here are some facts about food waste: One third of all food An IPCC draft summary says between 25-30 percent of food produced for human consumption every year -- approximately 1.3 billion tonnes -- gets lost or wasted.

According to the UN's Food and Agriculture Organization (FAO), food loss and waste costs the global economy close to $1 trillion each year. It also generates as much as eight percent of all manmade greenhouse gas emissions, the FAO says. Inequality. FOOD NAVIGATOR USA 01/10/19 Climate change commitments address food waste, GHG, biodiversity. FOOD INDUSTRY WASTES - 2013 - Accounting for the Impact of Food Waste on Water Resources and Climate Change. NATIONAL GEOGRAPHIC 22/01/15 How Reducing Food Waste Could Ease Climate Change. More than a third of all of the food that's produced on our planet never reaches a table. It's either spoiled in transit or thrown out by consumers in wealthier countries, who typically buy too much and toss the excess. This works out to roughly 1.3 billion tons of food, worth nearly $1 trillion at retail prices. Aside from the social, economic, and moral implications of that waste—in a world where an estimated 805 million people go to bed hungry each night—the environmental cost of producing all that food, for nothing, is staggering.

(Read more about causes and potential solutions to the problem of food waste.) The water wastage alone would be the equivalent of the entire annual flow of the Volga—Europe's largest river—according to a UN report. John Mandyck, the chief sustainability officer of United Technologies, a U.S. FAO - 2015 - Food wastage foodprint & climate change. ENVIRONMENTAL RESEARCH LETTRS 06/07/20 Limiting food waste via grassroots initiatives as a potential for climate change mitigation: a systematic review. An estimated 30 to 50 % of food produced for human consumption is lost or wasted each year. 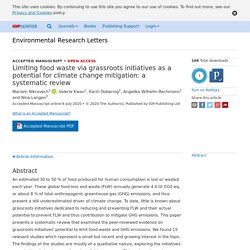 These global food loss and waste (FLW) annually generate 4.4 Gt CO2-eq, or about 8 % of total anthropogenic greenhouse gas (GHG) emissions, and thus present a still underestimated driver of climate change. To date, little is known about grassroots initiatives dedicated to reducing and preventing FLW and their actual potential to prevent FLW and thus contribution to mitigate GHG emissions. This paper presents a systematic review that examined the peer-reviewed evidence on grassroots initiatives' potential to limit food waste and GHG emissions. 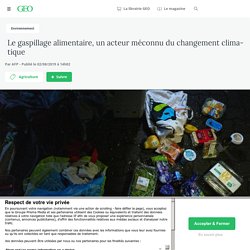