FRONT. VET. SCI. 26/03/19 Negotiated Management Strategies for Bovine Tuberculosis: Enhancing Risk Mitigation in Michigan and the UK. Introduction Bovine tuberculosis (bTB) is principally a disease of cattle, but there are several places worldwide where free-ranging wildlife are reservoirs of infection, namely brushtail possums in New Zealand, European badgers in the United Kingdom, wood bison and elk in Canada, African buffalo in South Africa and white-tailed deer in the United States (1). 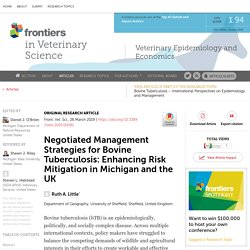 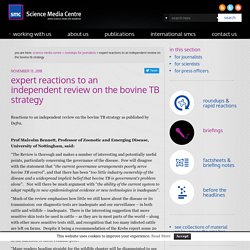 Prof Malcolm Bennett, Professor of Zoonotic and Emerging Disease, University of Nottingham, said: “The Review is thorough and makes a number of interesting and potentially useful points, particularly concerning the governance of the disease. FRONT. VET. SCI 03/05/18 Bovine tuberculosis in Britain and Ireland – A Perfect Storm? The confluence of potential ecological and epidemiological impediments to controlling a chronic infectious disease.

1Agri Food and Biosciences Institute, United Kingdom Successful eradication schemes for bovine tuberculosis (bTB) have been implemented in a number of European and other countries over the last 50 years. 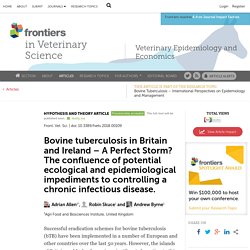 However, the islands of Britain and Ireland remain a significant aberration to this trend, with the recent exception of Scotland. Why have eradication schemes failed within these countries, while apparently similar programs have been successful elsewhere? While significant socio-economic and political factors have been discussed elsewhere as key determinants of disease eradication, here we review some of the potential ecological and epidemiological constraints that are present in these islands relative to other parts of Europe. We argue that the convergence of these potential factors may interact additively to diminish the potential of the present control programs to achieve eradication. Australian and New Zealand College of Veterinary Scientists - 2013 College Science Week Scientific Meeting 11–13 July 2013 Epidemiology Chapter proceedings, 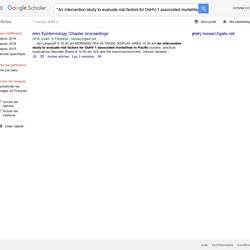 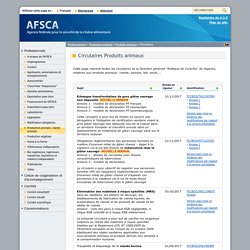 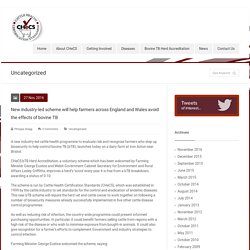 CHeCS bTB Herd Accreditation, a voluntary scheme which has been welcomed by Farming Minister George Eustice and Welsh Government Cabinet Secretary for Environment and Rural Affairs Lesley Griffiths, improves a herd’s ‘score’ every year it is free from a bTB breakdown, awarding a status of 0-10. The scheme is run by Cattle Health Certification Standards (CHeCS), which was established in 1999 by the cattle industry to set standards for the control and eradication of endemic diseases. This new bTB scheme will require the herd vet and cattle owner to work together on following a number of biosecurity measures already successfully implemented in five other cattle disease control programmes. Farming Minister George Eustice welcomed the scheme, saying: The Cabinet Secretary, Mrs Griffiths, said: Tuberculose et blaireaux au Royaume-Uni. DEFRA 15/11/16 11 questions about bovine tuberculosis. 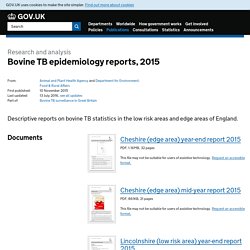 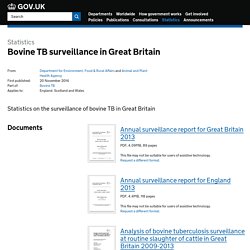 In the GB report, the figures for the most recent year are analysed by country (England, Scotland and Wales) and put in the context of the more historical trends of the disease. From 2012, the Animal Health and Veterinary Laboratories Agency (AHVLA) has produced separate annual surveillance reports for England and Wales which include more in-depth analyses by risk area and by county. Previous reports are available on the archived AHVLA web pages on the National Archive website. DEFRA 09/10/13 Badger cull extension application in Somerset. The Somerset pilot badger cull has now completed. 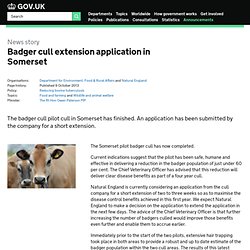 Current indications suggest that the pilot has been safe, humane and effective in delivering a reduction in the badger population of just under 60 per cent. The Chief Veterinary Officer has advised that this reduction will deliver clear disease benefits as part of a four year cull. Natural England is currently considering an application from the cull company for a short extension of two to three weeks so as to maximise the disease control benefits achieved in this first year. We expect Natural England to make a decision on the application to extend the application in the next few days. The advice of the Chief Veterinary Officer is that further increasing the number of badgers culled would improve those benefits even further and enable them to accrue earlier. We understand that the cull company in Gloucestershire will also be applying for a licence extension to Natural England today. DEFRA 13/09/13 Monitoring staff in badger cull zones. DEFRA 13/09/13 Various bovine TB costs (2008 to 2013)

Latest statistics on the incidence of tuberculosis (TB) in cattle in Great Britain. We would like to hear from our users about their experiences of using these statistics, and would be very grateful if you would complete this short survey. 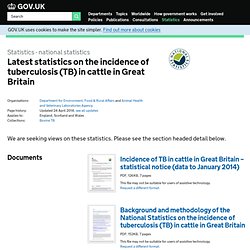 Please note that this survey is not seeking views on any policies which are in place to control bovine TB. This monthly publication gives the incidence of tuberculosis (TB) in cattle (ie bovine TB) in Great Britain. The statistics are obtained from the Animal Health and Veterinary Laboratories Agency work management IT support system, which is used for the administration of TB testing in GB. They are a snapshot of the position on the date on which the data were extracted. The information is subject to regular revision until all test results are available.

More detailed statistics for GB, England, Scotland, Wales and the English regions are provided in the accompanying spreadsheets. DEFRA 04/07/13 Draft Strategy for Achieving “Officially Bovine Tuberculosis-Free” Status for England. FSA 01/07/13 FSA statement on TB risk from meat. The Agency's meat hygiene inspectors check all meat before it enters the food chain to make sure it is fit for people to eat.

Where inspection reveals any lesions caused by TB in more than one organ or region of a carcass, it is declared unfit for human consumption and destroyed. When a TB lesion has been found in the lymph nodes of only one organ or part of the carcass, that organ or part of the carcass and the associated lymph nodes are removed and destroyed. The remaining meat is considered safe to enter the food chain. The FSA is confident that the inspection systems in place are robust, otherwise we would not allow this meat into the food chain.

According to the European Food Safety Authority, the risk of anyone catching bovine TB through eating meat is 'negligible'. This view is supported by the Advisory Committee on the Microbiological Safety of Food (ACMSF), the independent panel of experts that advises the Agency in this area, following its own risk assessment in 2010. LONDON HER MAJESTY'S STATIONERY OFFICE - MARS 1986 - BADGERS AND BOVINE TUBERCULOSIS - Review of policy. BMC Veterinary Research 2012, 8:51 Risk factors for bovine Tuberculosis at the national level in Great Britain. DG SANCO 15/03/12 food safety - Food and Veterinary Office - audit reports - GB United Kingdom - Animal health - bovine tubercul. [3R - Rencontres autour des Recherches sur les Ruminants] -

Proposals for controlled shooting of badgers as part of bovine TB control measure were published for consultation in September 2010 by Defra. In December 2011 it announced the decision to carry out pilot badger culls in two 150km2 areas. In each area farmers would be licensed to control badgers by shooting and would bear the costs of any culls. The Government pledged to bear the costs of licensing and monitoring the culls. In January 2012 two pilot areas were announced: West Gloucestershire and West Somerset. In March 2012 the Government appointed members to an Independent Expert Panel (IEP) to monitor the effectiveness, humanness and safety of controlled shooting. In February 2013 an announcement was made that the cull would go ahead from 1stJune.The culls commenced on 27th August 2013 and the initial 6 weeks cull in both areas was extended after failing to meet the 70% culling targets.

The Government published the IEPs report and its response and future strategy on 3 April 2014.