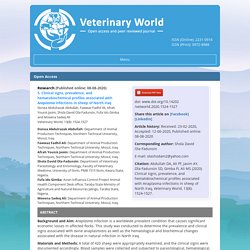 ANIMALS 08/07/21 Epidemiological Study Related to the First Outbreak of Ovine Anaplasmosis in Spain. Ovine anaplasmosis is a vector-borne disease caused by Anaplasma ovis and mainly transmitted through tick bites. 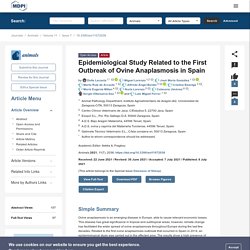 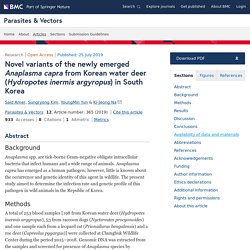 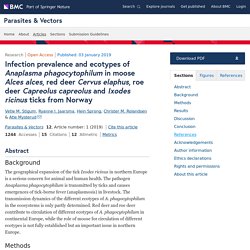 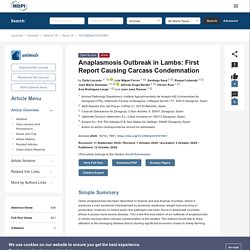 Anaplasma ovis was identified in all affected farms. Four hundred and ninety-two lambs from two affected farms were more closely examined. Clinical examination, haematologies, biochemistries, histopathology and microbiological and molecular analyses were performed. After slaughter, 34.84% of the lambs showed jaundiced carcasses and 79.64% presented splenomegaly at the abattoir. All tested lambs with icteric carcasses showed positive A. ovis PCR, although 72.72% of the unaffected lambs also tested positive. ►▼ Show Figures Figure 1 This is an open access article distributed under the Creative Commons Attribution License which permits unrestricted use, distribution, and reproduction in any medium, provided the original work is properly cited. 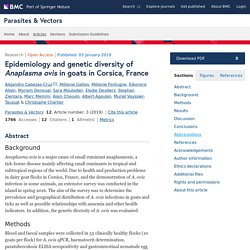 PLOS 13/08/18 First report of Anaplasma marginale infection in goats, Brazil. Abstract Anaplasma marginale, the causative agent of bovine anaplasmosis, is a tick-borne bacterium that causes significant economic losses for cattle industries and is increasingly being detected in other animal species. 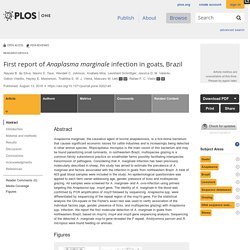 Rhipicephalus microplus is the main vector of this bacterium and may be found parasitizing small ruminants. In northeastern Brazil, multispecies grazing is a common family subsistence practice on smallholder farms possibly facilitating interspecies transmission of pathogens. Considering that A. marginale infection has been previously molecularly described in sheep, this study has aimed to estimate the prevalence of A. marginale and factors associated with the infection in goats from northeastern Brazil.

A total of 403 goat blood samples were included in the study. BMC VETERINARY RESEARCH 22/05/18 Diagnostic tools of caprine and ovine anaplasmosis: a direct comparative study. Anaplasmosis frequently occurs in tropical and subtropical regions, and it is a major problem to small ruminants [34]. 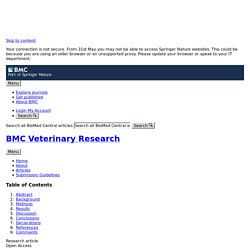 Epidemiologic studies aimed to determine the prevalence of anaplasmosis uses different diagnostic tools, such as microscopic examination of stained blood smears, serological, and molecular tests. The reliability of the diagnostic tests is crucial for accurate diagnosis and estimation of the disease prevalence. Despite microscopic examination and serologic tests are practical and reliable diagnostics to detect Anaplasma spp. infection, they have limitations [1, 47]. PLOS 10/10/14 Ehrlichia chaffeensis Infection in the Reservoir Host (White-Tailed Deer) and in an Incidental Host (Dog) Is Impacted by Its Prior Growth in Macrophage and Tick Cell Environments. 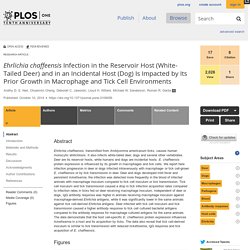 It also infects white-tailed deer, dogs and several other vertebrates. Deer are its reservoir hosts, while humans and dogs are incidental hosts. E. chaffeensis protein expression is influenced by its growth in macrophages and tick cells. We report here infection progression in deer or dogs infected intravenously with macrophage- or tick cell-grown E. chaffeensis or by tick transmission in deer.

Parasites & Vectors 2015, 8:108 Molecular detection and characterization of Anaplasma spp. in sheep and cattle from Xinjiang, northwest China. Kafkas Univ Vet Fak Derg 20 (1): 1-4, 2014 Survey of Anaplasma Infections in Small Ruminants from East Part of Turkey. CDC EID - MAI 2010 - Anaplasma phagocytophilum from Rodents and Sheep, China - Anaplasma phagocytophilum has been recognized as an animal pathogen and is an emerging human pathogen of public health relevance. 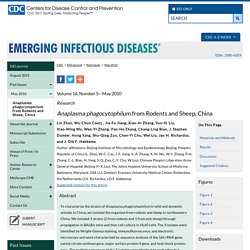 Some of the animals from Feddet had shown clinical signs of polyarthritis and general unthriftiness prior to sampling. DNA extraction was optimized from blood and serum and detection achieved by a 16S rRNA targeted PCR with verification of the product by DNA sequencing. Results: Five DNA extracts were found positive by PCR, including two samples from 2000 and three from 2006.