The production of pellets, however, is a multi-stage process where the supply-processing phases and the overall energy input strongly depend on the characteristics of the input biomass. Current Forestry Reports 12/06/20 A Critical Review of Comminution Technology and Operational Logistics of Wood Chips. 1.Lindstad BH, Pistorius T, Ferranti F, Dominguez G, Gorriz-Mifsud E, Kurttila M, et al. 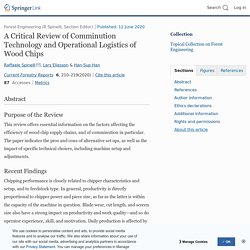 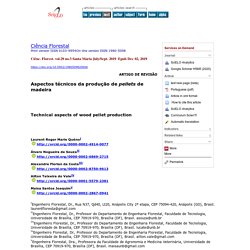 VIRGINIA MERCURY 12/09/19 DEQ calls for stricter pollution controls at Enviva wood pellet plant, but some environmentalists say enforcement is overdue. FRANKLIN — In the old mill town of Franklin, the streets smell of gasoline and fast food, peanuts by the millions and wood — mostly wood. 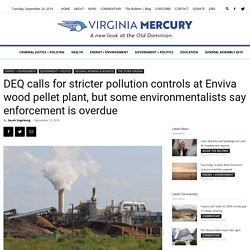 To some, it’s the smell of money, an indicator of the industry that keeps the local economy going. To others, it’s a reminder of the hazardous air pollution that environmentalists believe the Enviva Southampton wood pellet plant, located just beyond the city line, has been knowingly emitting above federal limits since its opening in 2013. “You can feel it, like sawdust,” said Terry Holloman. PARLEMENT EUROPEEN - Réponse à question E-003444/2019 Legislative action against pellet spillage. 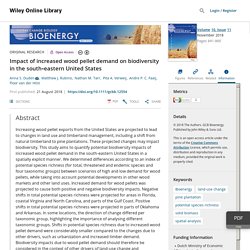 Of all exported pellets from the United States, about 98% is produced in the eastern United States (Wang, Dwivedi, Abt, & Khanna, 2015). The wood pellet producing sector in the United States is largely driven by demand from the European Union (EU) (Abt, Abt, Galik, & Skog, 2014; Joudrey, McDow, Smith, & Larson, 2012), which is in turn determined by policies within the EU member states (Abt et al., 2014). Future development in wood pellet production in the south‐eastern United States is uncertain, partly because it relies heavily on European policies. Projections of wood pellet production in the region range from ~6 Mt (Pinchot Institute, 2013) to ~16 Mt per annum in 2020 (Abt et al., 2014). 2.1 General approach 2.2 Pellet demand scenarios and land‐use projections 2.3 Species richness data 2.5 Spatial analysis.

WILEY 06/09/18 The dynamics of the global wood pellet markets and trade – key regions, developments and impact factors. Introduction Wood pellets are a woody biofuel shaped in a cylindrical form with random length, typically 3.15 to 40 mm, with a diameter of about 6 or 8 mm, and broken ends (ENplus standards).1 They are typically based on sawdust and other milled woody material with additional defined properties such as moisture, chemical composition, energy density, mechanical durability, and particle size, laid down in the International Organization for Standardization standard ISO 7225‐2.2 Their advantage, compared to the original biomass, lies in their higher energy density, homogeneous quality, improved handling and storage properties, and better applicability for different end uses. 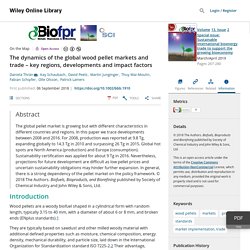 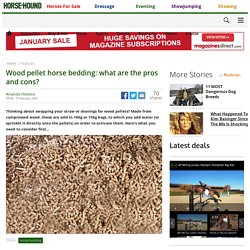 Made from compressed wood, these are sold in 10kg or 15kg bags, to which you add water (or sprinkle it directly onto the pellets) on order to activate them. Here's what you need to consider first... The pros of wood pellet horse bedding Absorbency “Verdo wood pellets will absorb up to three times their own weight in liquid,” says Angela Curgenden from wood pellet manufacturer, Verdo. Hygiene “From a veterinary perspective, one of the major pluses of our wood pellets is that they’re heated to a high temperature during manufacture, meaning any bugs are killed off,” explains Stuart Fitzgerald at the White Horse Energy Company, another wood pellet manufacturer.

“You can be sure they’re not harbouring any nasties. Time-saving You can see the wet patches in a wood pellet bed easily — no need to scrabble about checking your banks — and can remove them without having to take the whole bed apart, which reduces mucking-out time. Storage. FOREST MONITOR 16/12/16 Wood pellet market in the EU- recent findings.

According to recently published AEBIOM report, in 2015, wood pellet consumption in the EU reached 20,3 million tonnes which represented 6 % of total solid biomass used in Europe. 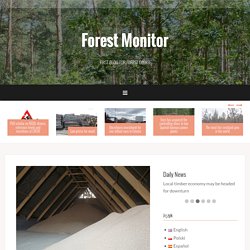 Not suprisingly due to ambitious EU renewable targets, pellet consumption has increased in the EU-28, while in other parts of the world has stagnated or even decreased. The EU as the world’s largest wood pellet market In addition, the EU produced 14,1 million tonnes of pellets, what allowed it to cover 70% of its own demand. Therefore, the majority of wood pellet demand in the EU is covered by its own domestic production, while the rest comes from outside EU, mainly from North America. A rise in US forestland thanks to Europe.

FAS USDA 16/08/16 The Italian Wood Pellet Market _Rome_Italy_8-11-2016. JOURNAL OF ENTOMOLOGY AND ZOOLOGY STUDIES - 2015 – Comparison between the insecticidal efficacy of a novel pellet formulation and an obsolete one, Phostoxin. EUROPE - DEC 2014 - A uniform certification for wood pellets. The PellCert project: European Pellet Quality Certification Wood pellets are an ecological, affordable and efficient way of producing energy, says Gilles Gauthier who has been coordinating the EU-funded project PellCert to develop and promote ENplus, a new and better certification for the EU and beyond. 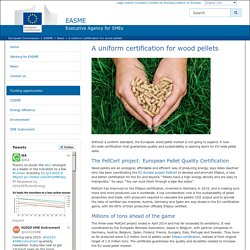 "Pellets have a high energy density and are easy to manipulate," he says. “You can suck them through a pipe like water. " PellCert has improved on the ENplus certification, invented in Germany in 2010, and is making sure more and more producers use it worldwide. A top consideration now is the sustainability of pellet production and trade, with producers required to calculate the pellets’ CO2 output and to provide the ratio of certified raw material.

Millions of tons ahead of the game The three-year PellCert project ended in April 2014 and has far exceeded its ambitions. The PellCert project has been funded through the Intelligent Energy Europe programme. Biomass and Bioenergy Volume 71, December 2014, The economic potential of wood pellet production from alternative, low-value wood sources in the southeast of the U.S.

A Energy & Resources, Copernicus Institute of Sustainable Development, Utrecht University, 3584 CS Utrecht, The Netherlandsb Energy and Sustainability Research Institute, University of Groningen, Nijenborg 4, NL-9747 AC Groningen, The Netherlands Received 26 August 2013, Revised 26 August 2014, Accepted 12 September 2014, Available online 11 October 2014 Choose an option to locate/access this article: Check if you have access through your login credentials or your institution Check access doi:10.1016/j.biombioe.2014.09.006 Get rights and content Highlights We analyzed the potential of low-value resources available for wood pellet production in the southeast of the U.S.. 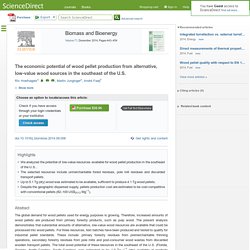