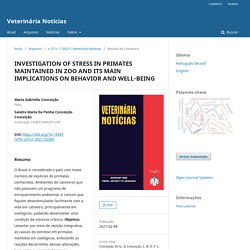 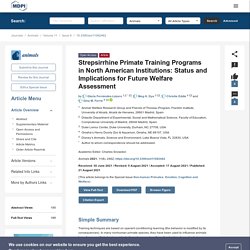 Description of the experiments We used data of four successive experiments performed in the Inserm-Jean Mérieux biosafety level 4 laboratory in Lyon in cynomolgus macaques that were left untreated or were treated by intravenous favipiravir (Fig. 1a, Supplementary Table 3). 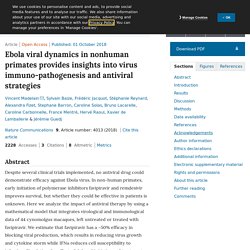 Briefly, female cynomolgus macaques from Mauritius (3 years aged and weighting 2.8-4 kg) were challenged intramuscularly with dose inoculum of 10, 100, or 1000 focus forming units (ffu) of Ebola virus Gabon 2001 strain, with no difference in survival or viral kinetics across the different inoculum groups9. Zaire Ebola virus Gabon 2001 strain was chosen due to its high observed lethality in patients and its availability at the beginning of the experiments. J Infect Dis. 2015 Mar SFTS virus infection in nonhuman primates. We use cookies to enhance your experience on our website.By continuing to use our website, you are agreeing to our use of cookies. 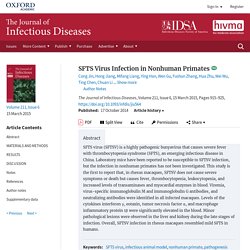 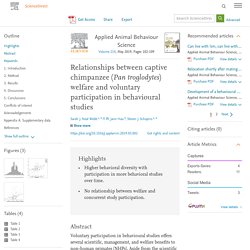 Aside from the scientific benefit of increased understanding of NHP cognition, sociality, and behaviour derived from noninvasive behavioural studies, participation itself has the potential to provide functional simulations of natural behaviours, enrichment opportunities, and increased control over the captive environment, all of which enhance welfare. Despite a developing consensus that voluntary participation offers these welfare enhancements, little research has empirically investigated the ways that participation in behavioural studies may affect welfare. FRONT. IMMUNOL 01/11/19 Disparate Tuberculosis Disease Development in Macaque Species Is Associated With Innate Immunity.

Introduction Tuberculosis (TB), primarily caused by infection with Mycobacterium tuberculosis (Mtb) or one of the related Mtb-complex species, remains the leading cause of death from a single infectious agent. 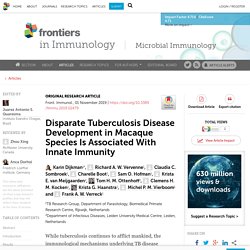 Annually, over 1.5 million individuals die of tuberculosis and an estimated 10 million people develop TB disease (1). Although it is assumed that some individuals are able to resist Mtb infection upfront, typically, successful infection can lead to acute progressive disease. The majority of infected individuals however, will control the invading Mycobacterium to an extent where there is no overt disease manifestation. Although it is appreciated that within an asymptomatic individual Mtb infection is dynamic rather than static, and that asymptomatic infection could be further differentiated into distinctive states (2–4), the majority of asymptomatically infected individuals establish a condition that can be referred to as latent TB infection (LTBI). Results Figure 1. Table 1. 1. 2. NATURE 10/01/29 Post-exposure immunotherapy for two ebolaviruses and Marburg virus in nonhuman primates.

Regulatory statement Animal research performed at US Army Medical Research Institute of Infectious Diseases (USAMRIID) was conducted under a protocol approved by the USAMRIID Institutional Animal Care and Use Committee (IACUC) in compliance with the Animal Welfare Act and other federal statutes and regulations relating to animals and experiments involving animals. 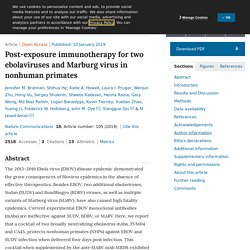 The USAMRIID facility is fully accredited by the Association for the Assessment and Accreditation of Laboratory Animal Care International and adheres to the principles stated in the Guide for the Care and Use of Laboratory Animals, National Research Council, 2011. Challenge studies are conducted under maximum containment in an animal biosafety level 4 facility. Ebola adapted guinea pig challenge. NATURE 02/07/18 Miscarriage and stillbirth following maternal Zika virus infection in nonhuman primates. THE BEHAVIORAL ECOLOGY OF THE TIBETAN MACAQUE 19/11/19 Primate Infectious Disease Ecology: Insights and Future Directions at the Human-Macaque Interface. BioMed Research International Volume 2019, Occurrence of Selected Zoonotic Fecal Pathogens and First Molecular Identification of Hafnia paralvei in Wild Taihangshan Macaques (Macaca mulatta tcheliensis) in China. 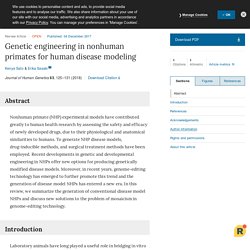 Mice are widely recognized as the most popular experimental animal and various disease models have been generated over the years that have greatly contributed to the elucidation of human diseases. Mouse models are genetically well controlled and their fecundity is useful for easily and clearly understanding the relationships between gene abnormalities and diseases. However, the physiological differences between rodents and humans are obvious and, in some research areas, such as the development of new drugs, it is difficult to extrapolate the results from mouse models to humans. PRIMATEVETS - 2017 - 2017 APV Workshop Keynote: “Veterinarians & Primates in the Early US Space Program" 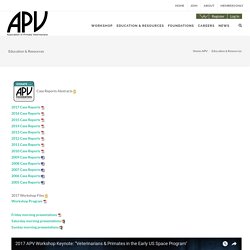 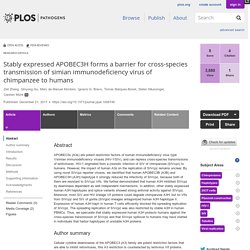 VIRUSES 08/11/17 The 17th Rocky Mountain Virology Association Meeting. The tenor of the 2017 meeting was set with the keynote presentation provided by Richard J. Kuhn (Department of Biological Sciences and Director, Purdue Institute of Inflammation, Immunology and Infectious Disease, Purdue University) who described his team’s high resolution anatomical study of flaviviruses. Zika virus emerged in 2015–2016 in the Americas, with rapid spread and substantial impact. His team solved the structure of this flavivirus virion to near atomic resolution, and this revealed the similarity with previous flavivirus structures such as dengue virus and West Nile virus. Despite strong overall structural similarity, regions of the envelope (E) glycoprotein revealed differences that suggested sequences that might be involved in the unique cell and tissue tropism that Zika has displayed. 2.1. Reyes A. Rebekah C. Cody J. Joseph A. EAZA - 2017 - EAZA BEST PRACTICE GUIDELINES Great Ape Taxon Advisory Group GORILLA (Gorilla gorilla gorilla) 2017 (2nd Edition)

The Open Veterinary Science Journal, 2010, 4, 6-10 Retroviruses in Wild-Born Semi-Captive East African Sanctuary Chimpanzees (Pan troglodytes schweinfurthii) PARLEMENT EUROPEEN - Réponse à question E-004586-14 VP/HR — Exporting of wild-caught primates and apes from Mauritius. ESCIENCENEWS 14/07/11 Novel adenovirus confirmed to infect both humans and monkeys. A novel virus that spread through a California New World titi monkey colony in late 2009 has been shown to have also infected a human researcher and a household family member, in a documented example of an adenovirus "jumping" from one species to another and remaining contagious after the jump. Researchers at the UCSF Viral Diagnostics and Discovery Center, led by Dr. Charles Chiu, confirmed that the virus was the same in the New World monkeys and humans, and that the virus is highly unusual in both populations.

Their findings appear July 14th in the Open Access journal PLoS Pathogens. Adenoviruses are known to cause a wide range of clinical illnesses in humans, from cold-like symptoms to diarrhea and pneumonia. Unlike influenza or coronaviruses, adenoviruses had previously not been known to spread from one species to another. But which direction the virus spread – from monkeys to humans or vice versa – remains a mystery.