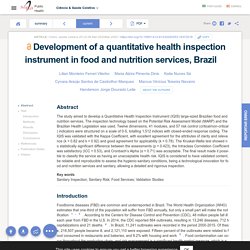 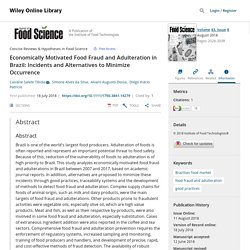 In 2016, agribusiness as a whole accounted for 23.6% of gross domestic product and accounted for 45.9% of the value of exports, generating a commercial balance of US$ 71 billion (Projeções do agronegócio, 2017). In the same year, this sector was responsible for 19 million people occupied, which accounted for almost half (9.09 million) of workers in the primary segment (Embrapa, 2018). The maintenance of the Brazilian competitiveness in the future depends on significant increases in crop yields, but also on the good reputation in the international market, which is key to protect its agriculture and economy. FAS USDA 03/10/19 Brazil: Food Service - Hotel Restaurant Institutional. FAS USDA 11/09/19 Livestock and Products Annual_Brasilia_Brazil_9-5-2019. FAS USDA 19/07/19 Retail Foods_Sao Paulo ATO_Brazil_7-3-2019. African Journal of Microbiology Research 07/08/18 Quality of water for human consumption in a rural area community from Brazil.

WORLDS TOP EXPORTS 19/05/19 Brazil’s Top 10 Exports. By Flagpictures.org The biggest country by population and land area for both South America and Latin America, Brazil shipped an estimated US$239.9 billion worth of goods around the globe in 2018.That dollar amount reflects a 10.2% gain year over year from 2017 and up 6.6% since 2014.Based on estimates from the Central Intelligence Agency’s World Factbook, Brazil’s exported goods plus services represent 12.6% of total Brazilian economic output or Gross Domestic Product. 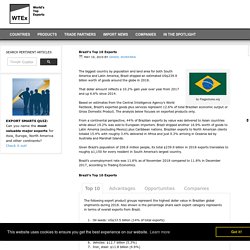 The analysis below focuses on exported products only.From a continental perspective, 44% of Brazilian exports by value was delivered to Asian countries while about 19.2% was sold to European importers. Brazil shipped another 16.9% worth of goods to Latin America (excluding Mexico) plus Caribbean nations. Top 10AdvantagesOpportunitiesCompanies Top 10 The following export product groups represent the highest dollar value in Brazilian global shipments during 2018. 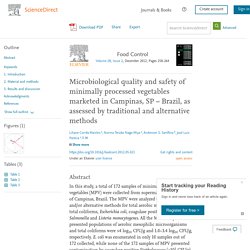 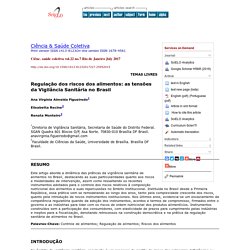 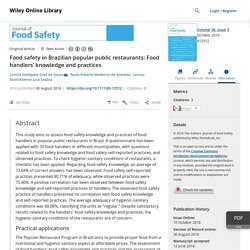 Data from the Survey of Family Budget in Brazil show that between 2008 and 2009, expenses for food prepared out of the home accounted for 31.1% of total food expenses (Instituto Brasileiro De Geografia E EstatÍstica IBGE et al., 2010). In Brazil, the estimate is that one in every five meals is prepared out of the home. With these findings, Popular Restaurants has been operating since 2006 in Brazil as a public tool for the promotion of Food and Nutrition Security. FAS USDA 14/03/19 Food and Agricultural Import Regulations and Standards Report_Sao Paolo ATO_Brazil_3-11-2019. FAS USDA 13/02/19 Food and Agricultural Import Regulations and Standards Report_Brasilia_Brazil_2-13-2019. FAS USDA 11/10/18 Food Service - Hotel Restaurant Institutional_Sao Paulo ATO_Brazil_9-28-2018. FAS USDA 07/09/18 Livestock and Products Annual_Brasilia_Brazil_9-4-2018. Food Sci. Technol (Campinas) vol.34 no.1 Campinas Jan./Mar. 2014 Safety criteria for the acquisition of meat in Brazilian University restaurants. 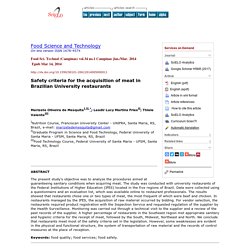 The study was conducted with university restaurants of the Federal Institutions of Higher Education (IFES) located in the five regions of Brazil. Data were collected using a questionnaire and an evaluation list, which was available online to restaurant professionals. Keywords: food quality; food services; food safety. 1 Introduction. Data in Brief Volume 19, August 2018, Data on network of live cattle exports from Brazil. JavaScript is disabled on your browser. 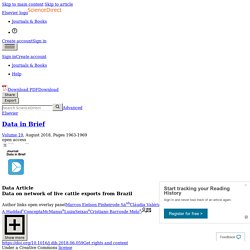 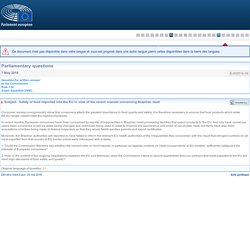 Science of The Total Environment 572:138-146 · December 2016 A preliminary nationwide survey of the presence of emerging contaminants in drinking and source waters in Brazil. Food Control Volume 62, April 2016, Food safety and hygiene practices of vendors during the chain of street food production in Florianopolis, Brazil: A cross-sectional study. JavaScript is disabled on your browser. 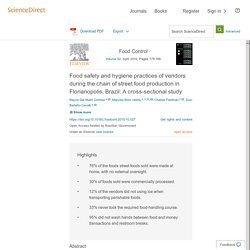 The world has changed fast over the last three decades including the delivery of veterinary services, their remit and the challenges addressed by public and animal health policies. Keywords. MINISTERIO DA AGRICULTURA - 2017 - Présentation : Modernization of meat inspection - Status of Brazil. Braz. J. Microbiol. vol.32 no.4 São Paulo Oct./Dec. 2001 HYGIENIC-SANITARY CONDITIONS OF VEGETABLES AND IRRIGATION WATER FROM KITCHEN GARDENS IN THE MUNICIPALITY OF CAMPINAS, SP.

Proof of that is the size of our export market: over 150 countries. BRAZILGOVNEWS_GOV_BR 05/04/17 Quality of Brazilian Meat is recognized worldwide. With strict safety protocols and heavy investment, Brazil has built one of the world's most modern meat production complexes <a href=" published: Apr 05, 2017 12:00 AM last modified: Apr 07, 2017 08:54 AM Strategic for the country, the livestock sector is a highly reliable, technology-intensive industry.

From farm gates to supermarket shelves, Brazilian meat is recognised worldwide for its quality. Considering the importance of the sector, the federal government has increased oversight, carried out investigations into potential trouble spots and established even more rigid controls than usual throughout the national territory. In Brazil, about five thousand meatpackers are audited to the highest international standards. BRAZIL MONITOR 08/02/18 China and Hong Kong reduce the impact of the Russian embargo on Brazilian pork. Strong increase of shipments to China and Hong Kong reduced the impact caused by the embargo imposed by Russia on Brazilian pork since December last year, reports the Brazilian Animal Protein Association (ABPA). The most emblematic case is that of China, which in the first month of 2018 imported 13,500 tons, a result that exceeds by 122% the volume shipped to the Chinese market in January of last year.

FOODSECURE - FEV 2014 - The role of U.S., China, Brazil's agricultural and trade policies on global food supply and demand. JavaScript is disabled on your browser. Please enable JavaScript to use all the features on this page. Highlights Illegal animal products in international baggage favour the dissemination of bacteria.

FAS USDA 29/11/17 Dairy and Products Annual_Brasilia_Brazil_10-26-2017. Rev. Saúde Pública vol.50 São Paulo 2016 Epub Dec 22, 2016 Path of infectious diseases in Brazil in the last 50 years: an ongoing challenge. DG SANCO 26/09/17 Rapport OAV : BR Brazil - Beef, horse and poultry meat, and products derived therefrom. Cookies This site uses cookies to offer you a better browsing experience. Find out more on how we use cookies and how you can change your settings. European Commission.

PARLEMENT EUROPEEN - Réponse à question E-002440-17 Fraud in beef exports from Brazil. The Commission has imposed temporary restrictions on the import of beef from Brazil after it was revealed that the main meat companies there had been bribing senior officials in order to get export licences for poor-quality beef products. Regrettably, neither the technical missions to the country carried out by the Food and Veterinary Office (FVO) nor border controls managed to uncover this manipulation of the meat sector which appears to have been going on for 10 years.

The anti-fraud strategy for these types of products must be revised, as the crises of confidence that this kind of news generates can be detrimental to European producers, who have been meeting rigorous quality and traceability standards for years. 1. Will the Commission push for a review of the border control protocols that apply between States and of the FVO missions? PARLEMENT EUROPEEN - Réponse à question E-002186-17 Brazilian meat scandal. It recently emerged that a number of Brazilian slaughterhouses had committed fraud on a large scale. PARLEMENT EUROPEEN - Réponse à question E-002712-17 Spoiled meat from Brazil. PARLEMENT EUROPEEN - Réponse à question E-001847-17 Tainted meat scandal in Brazil. This week Brazilian federal police uncovered a gigantic fraud involving the sale of adulterated meat in which the country's main brands are implicated. Twenty-nine companies were investigated, including the two giants JBS (the brands Friboi, Seara and Big Frango) and BRF, the owner of Sadia and Perdigão.