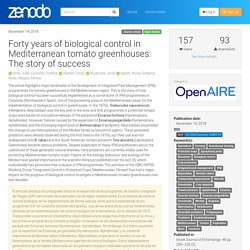 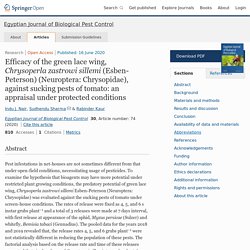 Observations recorded 7days after the first release (DAFR) of grubs revealed that all the 3 release treatments were significantly better than untreated control in reducing the aphid population (P < 0.0001). At 7 days after the 2nd release (DASR), and 7 days after 3rd release (DATR) also, the plants released with Chrysoperla grubs (4, 5, and 6 grubs plant−1) were recorded with significantly lower aphid population than the untreated control (P < 0.0001). After all the 3 releases, a mean population of 0.52 aphids plant−1was recorded in plants released with 4 grubs, whereas the number of aphids recorded per plant was 0.47 and 0.38, where the number of grubs per plant released was 5 and 6, respectively. 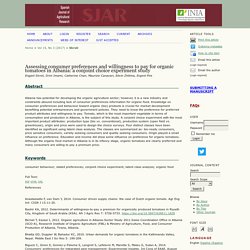 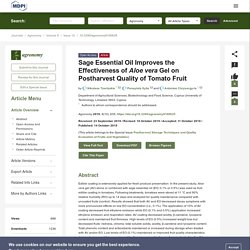 In the present study, Aloe vera gel (AV) alone or combined with sage essential oil (EO; 0.1% or 0.5%) was used as fruit edible coating in tomatoes. Following treatments, tomatoes were stored at 11 °C and 90% relative humidity (RH) up to 14 days and analyzed for quality maintenance compared with uncoated fruits (control). Results showed that both AV and EO decreased decay symptoms with more pronounced effects on low EO concentration (i.e., 0.1%). The application of 10% of AV coating decreased fruit ethylene emission while EO (0.1% and 0.5%) application increased ethylene emission and respiration rates. 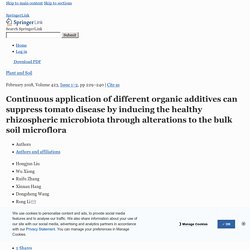 These results were in agreement with previous studies suggested that organic amendments could be used to control diseases caused by soil-borne pathogens (Hoitink and Fahy 1986; Szczech 1999). More importantly, the most efficacious disease suppression was observed in the BIO treatment, which is in accordance with previous reports where bio-organic fertilizer acted as both an organic fertilizer and a biocontrol agent for different soil-borne diseases in tomato (Wang et al. 2015), banana (Shen et al. 2013), and watermelon (Ling et al. 2014) when compared to organic amendments and biocontrol agents applied alone. International Research Journal of Biological Sciences - OCT 2014 - Agroecological management of Diseases originating in Soil for. INTECH - FEV 2012 - Grafts of Crops on Wild Relatives as Base of an Integrated Pest Management: The Tomato Solanum lycopersicum. Virginia Polytechnic Institute and State University 20/04/12 Gender and Pest Management in Ghana: Implications for the Introduction of an IPM Program for Tomato.

PLOS 20/02/13 The Impact of Organic Farming on Quality of Tomatoes Is Associated to Increased Oxidative Stress during Fruit Deve. This study was conducted with the objective of testing the hypothesis that tomato fruits from organic farming accumulate more nutritional compounds, such as phenolics and vitamin C as a consequence of the stressing conditions associated with farming system. 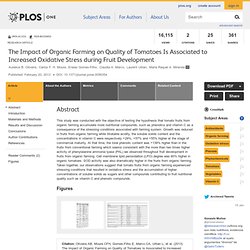 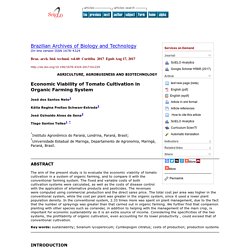 The aim of the present study is to evaluate the economic viability of tomato cultivation in a system of organic farming, and to compare it with the conventional farming system. Key words: sustainability; Solanum lycopersicum; Cymbopogon citratus; costs of production; production systems Beginning in the 1970’s, with the increase in reporting on environmental impacts such as deforestation, desertification, and contamination of the soil, water, and air by toxic residues related to conventional agricultural practices a growth in environmental awareness became evident across the planet.