ENTOMOLOGY TODAY 15/05/17 A New Guide for Understanding Insect Vectors of Plant Pathogen Xylella fastidiosa. Pierce’s disease is one of many plant afflictions caused by the bacterium Xylella fastidiosa and spread by a variety of insects known as sharpshooters and spittlebugs. 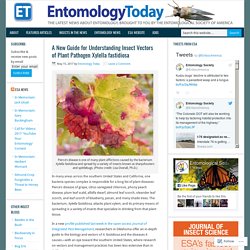 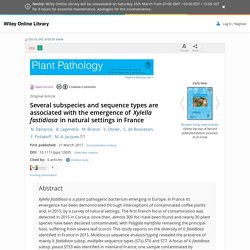 In France its emergence has been demonstrated through interceptions of contaminated coffee plants and, in 2015, by a survey of natural settings. The first French focus of contamination was detected in 2015 in Corsica; since then, almost 300 foci have been found and nearly 30 plant species have been declared contaminated, with Polygala myrtifolia remaining the principal host, suffering from severe leaf scorch. PONTEPROJECT 22/03/17 Characteristics and identification of xylem-sap feeders. NATURE SCIENTIFIC REPORTS 06/03/17 Network analysis reveals why Xylella fastidiosa will persist in Europe. Building the networks A high-resolution (1:10,000) digital map of olive orchards in the Puglia region was obtained from the regional geographic information system portal21. 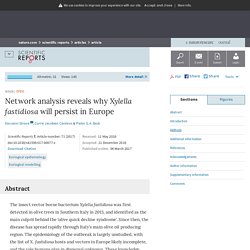 It is based on a soil usage map created from orthophotos with pixels of 50 cm and taken in 2011. The map includes 61,035 polygons, each of them corresponding to a distinct olive orchard. We identified the minimum distance between each polygon and all the neighboring polygons within a radius of 5 km. A. csv file including all these pairwise distances can be downloaded from the Joint Research Centre Data Catalogue ( The distance between two polygons was measured as the linear distance between the two closest points of the polygons’ perimeters. As discussed in the main text, we focused our analyses on the network obtained using μ = 1 km, which is the best-estimated one emerging from our literature review. Network immunization Evaluating nodes’ importance as potential epidemic spreaders Software used. 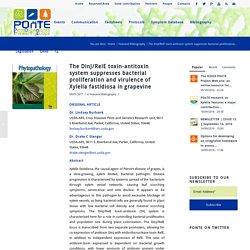 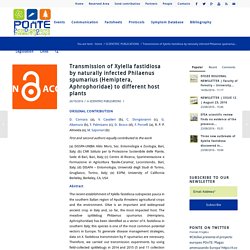 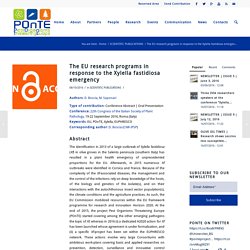 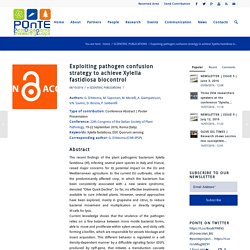 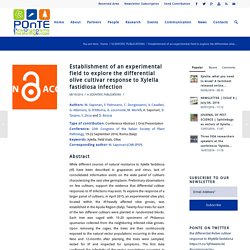 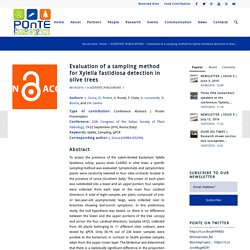 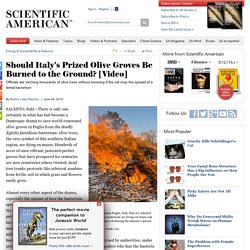 Hundreds of acres of once-vibrant, postcard-perfect groves that have prospered for centuries are now cemeteries where twisted, dead tree trunks protrude like arboreal zombies from fertile soil in which grass and flowers easily grow. Almost every other aspect of the drama, especially the science of how the bacterium spreads and how to stop it, is far less clear. But no one can tell me exactly how this bacterium sickens the trees, how it moves from tree to tree or whether burning can ever work unless it destroys the entire industry. Puglia produces more than 40 percent of Italy’s olive oil, and the oil is considered among the world’s finest.

Less certain still is just how the deadly bacterium was introduced to the area. CIHEAM - JUNE 2015 - WATCH LETTER N°33 - Assessing the risk posed to plant health by Xylella fastidiosa in the European Union.