Journal of Food and Drug Analysis Volume 24, Issue 2, April 2016, Rapid screening of toxic salbutamol, ractopamine, and clenbuterol in pork sample by high-performance liquid chromatography—UV method. Abstract A rapid and simple high-performance liquid chromatography–UV method was developed for the separation and quantification of salbutamol, ractopamine, and clenbuterol in pork. 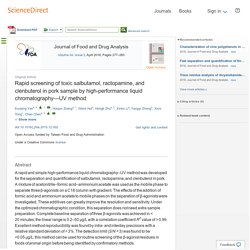 A mixture of acetonitrile–formic acid–ammonium acetate was used as the mobile phase to separate three β-agonists on a C18 column with gradient. The effects of the addition of formic acid and ammonium acetate to mobile phases on the separation of β-agonists were investigated. These additives can greatly improve the resolution and sensitivity. Under the optimized chromatographic condition, this separation does not need extra sample preparation.

Keywords. THEPETITIONSITE - Pétition : Ban the Pig-Farming Drug Ractopamine! (137 823 signatures) 137,825 signatures BY: Chris Wolverton TARGET: United States Department of Agriculture we've got 137,825 signatures, help us get to 140,000 U.S. farmers continue to use the growth-promoting drug ractopamine on their animals, even after bans in China, Russia and the European Union. 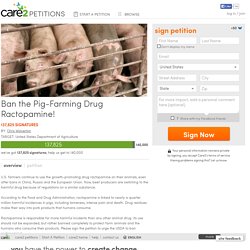 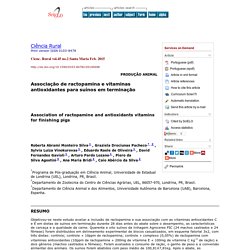 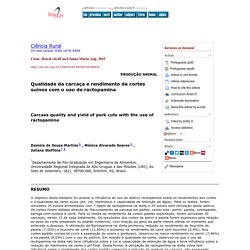 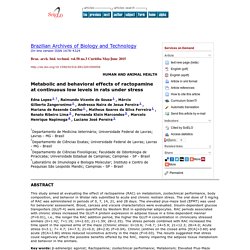 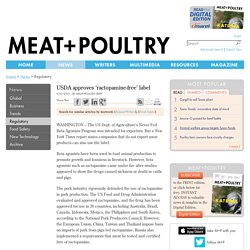 But a New York Times report states companies that do not export meat products can also use the label. Beta agonists have been used in food animal production to promote growth and leanness in livestock. NATURAL SOCIETY 11/01/15 Banned in 160 Nations, Why is This Growth Hormone in U.S. Meat? The fabulous taste of bacon is more popular than ever. 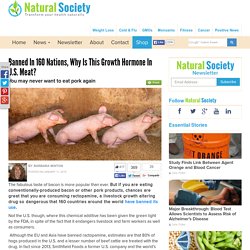 But if you are eating conventionally-produced bacon or other pork products, chances are great that you are consuming ractopamine, a livestock growth altering drug so dangerous that 160 countries around the world have banned its use. Not the U.S. though, where this chemical additive has been given the green light by the FDA, in spite of the fact that it endangers livestock and farm workers as well as consumers. Although the EU and Asia have banned ractopamine, estimates are that 80% of hogs produced in the U.S. and a lesser number of beef cattle are treated with the drug.

In fact since 2013, Smithfield Foods a former U.S. company and the world’s largest producer of pork products, is now working for China and Russia producing ractopamine-free pork. Of course some of Smithfield’s remaining U.S. plants still spit out ractopamine-laced products for American consumption. Why the FDA Says This Growth-Altering Drug is OK for Americans.

JPET May 5, 2014 Ractopamine, a Livestock Feed Additive, is a Full Agonist at Trace Amine-Associated Receptor 1. Ractopamine (RAC) is fed to an estimated 80% of all beef, swine and turkey raised in the United States. 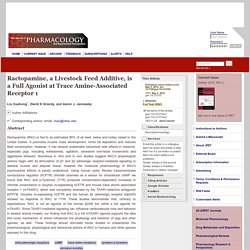 It promotes muscle mass development, limits fat deposition and reduces feed consumption. However, it has several undesirable behavioral side effects in livestock, especially pigs, including restlessness, agitation, excessive oral‐facial movements and aggressive behavior. Numerous in vitro and in vivo studies suggest RAC's physiological actions begin with its stimulation of β1 and β2 adrenergic receptor‐mediated signaling in skeletal muscle and adipose tissue, however the molecular pharmacology of RAC's psychoactive effects is poorly understood.

The American Society for Pharmacology and Experimental Therapeutics. PREVENTION 17/09/15 The Sketchy New Ingredient In Your Bacon—And How To Avoid It. What's the deal with this mystery drug? 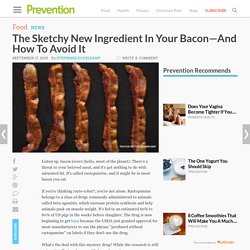 While the research is still out on its effect on humans, it's been shown to cause hyperactivity, broken bones, death, and other issues among pigs, according to FDA records. MORE: 12 Fish To Never Ever Eat The FDA approved ractopamine for use in pigs in 1999 (and later, in cows and turkeys), and while most of the drug does pass through animals quickly, per the Food and Agriculture Organization of the United Nations, traces may remain, since it's administered in the last weeks of an animal's life. Many other countries, however, aren't too keen on having any ractopamine—even in trace amounts—in their meat. In 2009, a European food safety panel said there wasn't enough evidence to prove meat produced using the drug is safe for us to eat, while countries such as China and Russia ban imports of US pork that contain the drug. 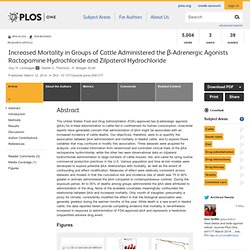 Anecdotal reports have generated concern that administration of βAA might be associated with an increased incidence of cattle deaths. Our objectives, therefore, were to a) quantify the association between βAA administration and mortality in feedlot cattle, and b) explore those variables that may confound or modify this association. Three datasets were acquired for analysis: one included information from randomized and controlled clinical trials of the βAA ractopamine hydrochloride, while the other two were observational data on zilpaterol hydrochloride administration to large numbers of cattle housed, fed, and cared for using routine commercial production practices in the U.S. Figures. Meat Science Available online 10 October 2013 Sex-specific effect of ractopamine on quality attributes of pork frankfurters. Highlights Effects of ractopamine and sex on quality of pork frankfurters were studied.

Accepted 17 April, 2012 The inadequacy of food supply due to the population growth together with urbanization, drive a significant demand for animal sources. European Journal of Experimental Biology, 2013, 3(2):258-261 The effects of different levels B-adrenergic agonist (Ractopamine) Journal of Basic & Applied Sciences, 2013, 9, 276-285 Ractopamine for Pigs: A Review about Nutritional Requirements.

United States Patent Application 20120129943 24/05/12 METHOD OF INCREASING OR MAINTAINING THE REPRODUCTIVE PERFORMANCE OF SOWS. LIVESTOCK SCIENCE - JANV 2012 - Meta-analysis of the relationship between ractopamine and dietary lysine levels on carcass chara. US FOOD POLICY 27/01/12 Three views of ractopamine in pigs. Helena Bottemiller this week writes a thorough summary of the international trade controversies over U.S. exports of pork from pigs that have been treated with the growth promoter ractopamine hydrochloride. R. Bras. Zootec. vol.41 no.5 Viçosa May 2012 Ractopamine in diets for finishing pigs of different sexual categories.