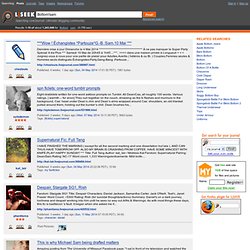 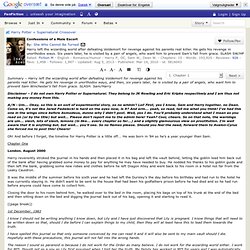 He gets his revenge in unorthodox ways, and then, six years later, he is visited by a pair of angels, who want him to prevent Sam Winchester's fall from grace. SLASH. Return to childhood Chapter 10: Harry and Hermione, a harry potter fanfic. Chapter 10- Harry and Hermione Privet Drive "I hope Harry is ready, I would hate to have any muggles waking up and noticing us. 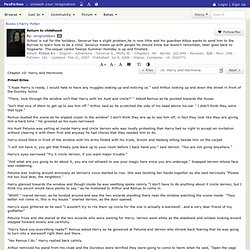 " said Arthur looking up and down the street in front of the Dursley home. "There, look through the window isn't that Harry with his Aunt and Uncle? " " Asked Remus as he pointed towards the house. "Isn't that nice of them to get up to see him off. " Remus studied the scene as he slipped closer to the window" I don't think they are up to see him off, in fact they look like they are giving him a hard time. " The Prince's Secret Chapter 1: Prologue (Severus), a harry potter fanfic. Hello readers! 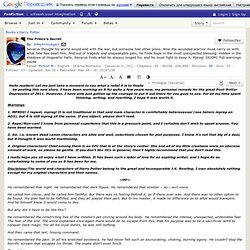 Let me just take a moment to say what a relief it is to finally be posting this new story. I have been working on it for quite a few years now, my personal remedy for the great Post-Potter Depression of 2011. However, I have only just gotten up the courage to put it out there for you guys to see. The Snake's Second Chance Chapter 1, a harry potter fanfic. The Incident **This story is set in Harry's Sixth year.. 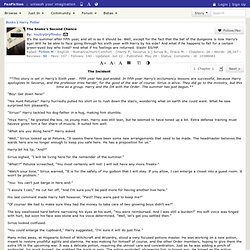 Fifth year has just ended. In fifth year Harry's occlumency lessons are successful, because Harry apologizes to Severus, and the professor tries harder, for the good of the war of course. Sirius is alive. They did go to the ministry, but this time as a group. "Boy! "Yes Aunt Petunia! " "Sirius! " "Hiya Harry," he greeted the boy, no,young man. "What are you doing here? " "Well," Sirius looked up at Petunia, "It seems there have been some new arrangements that need to be made. Harry bit his lip, "And? " Oak Tree Chapter 1: A Bad Day, a naruto fanfic. Happy Valentines day! 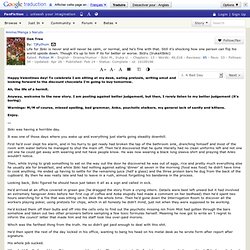 To celebrate I am sitting at my desk, eating pretzels, writing smut and looking forward to the discount chocolate I'm going to buy tomorrow. Ah, the life of a hermit. Naruto FanFiction Archive. Forbidden Jutsu Chapter 1: Forbidden Jutsu, a naruto fanfic. ~~~~~~~~~~~~~~~~~~^v^ "depend on the rabbit's foot if you will, but remember it didn't work for the rabbit" ~R.E. 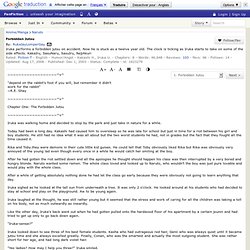 Shay Chapter One: The Forbidden Jutsu Iruka was walking home and decided to stop by the park and just take in nature for a while. The Most Dangerous Man In Konoha Chapter 1, a naruto fanfic. Hatake Kakashi had been staring at the albino ratsnake for hours, marveling at its perfect camouflage, in a bright streak of sunlight on the silver grey bark of the tree. 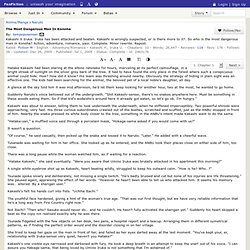 It had to have found the only place in the forest where such a conspicuous animal could hide. How? How did it know? His team was thrashing around nearby. Obviously the strategy of hiding in plain sight was an effective one. A glance at the sky told him it was mid afternoon, he'd let them keep looking for another hour, two at the most, he wanted to go home. Suddenly Naruto's voice bellowed out of the undergrowth. Kakashi was about to answer, telling them to look underneath the underneath, when he stiffened imperceptibly. The Bijozakura Seal Chapter 1: Bijozakura, a naruto fanfic. Author's Notes: This had been written for kinked community (Kink Big Bang) over at Dreamwidth, and it's also posted at Livejournal and AO3. 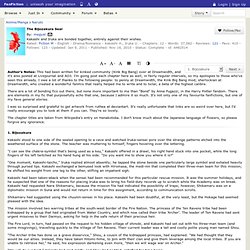 I'm going post each chapter here as well, in fairly regular intervals, so my apologies to those who've seen this already. I owe a lot of thanks to the following people: to penny at Dreamwidth, the Kink Big Bang mod; sherlockian at Dreamwidth, who created a wonderful fanmix that really helped me to write and to txilar, a beta of the highest calibre. There are a lot of bonding fics out there, but none more important to me than "Bond" by Anna Fugazzi, in the Harry Potter fandom. There are elements in my fic that purposefully echo that one, because I admire it so much. It's not only one of my favourite fanfictions, but one of my fave general stories. 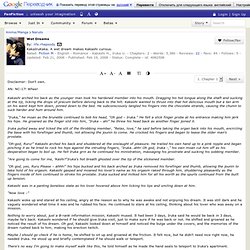 AN: NC-17! Whee! Kakashi arched his back as the younger man took his hardened member into his mouth. Dragging his hot tongue along the shaft and sucking at the tip, licking the drops of precum before delving back to the hilt. Kakashi wanted to thrust into that hot delicious mouth but a tan arm on his waist kept him down, pinned down to the bed. ANBU Antics Chapter 1, a naruto fanfic. Title: ANBU Antics 1/2Author: Yami no KaibaFandom: NarutoRating for this part: PGPairing: Kakashi/Iruka Summary: The Sandaime had a very good reason for giving Umino Iruka two full-time jobs and no vacation.

Too bad for the Godaime, the man never wrote that reason down.Disclaimers: Masashi Kishimoto owns all Naruto characters. Iruka blinked at the missive in his hands. There had to be a mistake. Strangely Together, Uniquely Apart Chapter 3, a naruto fanfic. Chapter 3 The morning came both too soon and excruciatingly slowly. By the first dusky light, Kakashi's body was burning. Shoulders, legs, back. All his muscles strained from the awkward position, but he was lucky. His stake had obviously been sized for Iruka – he could plant more of his feet on the ground than its architect intended.

He'd slept poorly, but came easily awake at the first trickling of waking-up sounds and the waft of cooking. Perhaps not surprisingly, the chieftain addressed Iruka first, fingering the coarse cloth that he'd been gifted. Iruka refused to answer; he wouldn't even look at the village leader. But whatever the reason for his act, Akasugi had no reason to doubt it. Dirty little Secret Chapter 1: Deal with the Devil, a naruto fanfic. Hello again my beautiful fans and readers! You are looking at the newest SasuxNaru fanfiction. I got emails complaining there wasn't enough "scenes" between the two in my last story; I'm sorry for that.

My Mate Chapter 1: Coming of Age, a naruto fanfic. So I just finished with Midterms and class requirements for next year! I'm not failing any classes ( yay!) And I got into AP Art class (faint)! So to celebrate I am writing a one-shot for some fun :) And for those of you who read my other stories → Have no fear! I am still writing chapters for Shifting Secrets! WARNING MATURE CONTENT- Anyone under the age of 18 should not read this. Summery →Ihad never thought twice about the boy.

The leaves were rustling and the grass was swaying in the wind. That wasn't what made Naruto's ears twitch though. The sound flicked to the other side of his head and his ears twitched again. Naruto didn't want to get up. He was too comfortable, curled up against a tree with soft grass beneath him and the sun's rays keeping him warm. It was the perfect day for a catnap but something was keeping him awake now. He shifted; turning to the other side in attempt to get away from the disturbance but again, it wasn't to be. "Dobe. " "Don't call me Dobe, Teme. " The Silent Blade: Hunter Chapter 1: Prologue: Tracking, a naruto fanfic. The Silent Blade. Kakashi x Iruka. Kakashi x Iruka, or KakaIru, is the relationship between the characters Hatake Kakashi and Umino Iruka from the series Naruto.

Although Kakashi and Iruka have very little interaction in canon, they are a popular slash pairing. Some fans speculate that they are slashed because both are parent-like figures to the titular character Naruto. Iruka - Underneath the underneath. Water Runs Red Chapter 1, a naruto fanfic. This first chapter is approx 1000 words, future chapters will be between 2000 and 3000. Disclaimer – The characters do not belong to me, although I share the same ability with plants as the creator of the Naruto universe, I share nothing else with him.

Warning – This story is rated for violence and sexual content. Accidently on Purpose?, a twilight fanfic. Well, here I am again...sigh...y'all sick of me yet? So Addicted To You! Chapter 1: How Could This Happen To Me?, a twilight fanfic. Ok so a friend of mine wanted me to write a Jacob and Edward story, so here it is, my first attempt at it…Hope you guys like it – and Kelly now you owe me! Disclaimer – I don't own Twilight or any of its characters. Rundown: Basically this is set after New Moon. Edward never came back for Bella. Jacob and Bella's relationship grew closer, but she couldn't be with Jacob because she knew about the wolf thing and was worried he would imprint one day. Edward returns 3 years after New Moon took place because he had been tracking Victoria and knew she would be there eventually.