Earnings gap grows between adults with college degrees vs. high school diplomas. The earnings gap between young adults with and without bachelor's degrees has stretched to its widest level in nearly half a century. 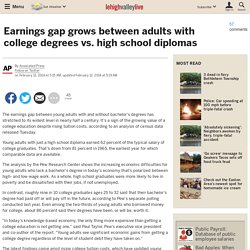 It's a sign of the growing value of a college education despite rising tuition costs, according to an analysis of census data released Tuesday. Young adults with just a high school diploma earned 62 percent of the typical salary of college graduates. That's down from 81 percent in 1965, the earliest year for which comparable data are available. The analysis by the Pew Research Center shows the increasing economic difficulties for young adults who lack a bachelor's degree in today's economy that's polarized between high- and low-wage work. As a whole, high school graduates were more likely to live in poverty and be dissatisfied with their jobs, if not unemployed. The latest findings come amid rising college tuition costs, which have saddled young adults in the so-called millennial generation with heavy debt amid high unemployment. Success%20stories%20mag. Graduation rates inch up for Michigan high schools.

More Michigan students are graduating from high school on time, and fewer are dropping out. 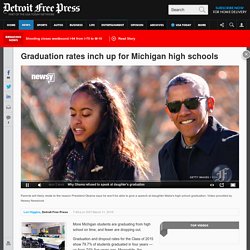 Graduation and dropout rates for the Class of 2015 show 79.7% of students graduated in four years — up from 74% five years ago. Meanwhile, the dropout rate declined to 9.1%, from 11% five years ago. The Class of 2015 began with 122,544 students statewide in the fall of 2011. Gangs Of Detroit: Examining Youth Violence. Detroit Public School students take a stand with teachers, spreading protests. “This is not a race issue—we need everyone to support this” By Nancy Hanover 1 February 2016 Detroit Public Schools students have embraced the struggle of their teachers against unsafe and deteriorating schools, over-stuffed classrooms and inadequate pay. 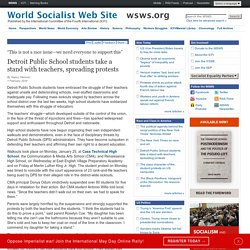 Following mass sickouts staged by teachers across the school district over the last two weeks, high school students have solidarized themselves with this struggle of educators. The Crisis In Detroit Is Worse Than A Recession. Detroit Student: "I Want to Be Able to Go to School Without Worrying About Being Bitten by Mice" This is viewer supported news Donate. 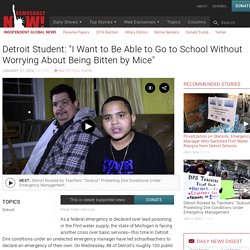 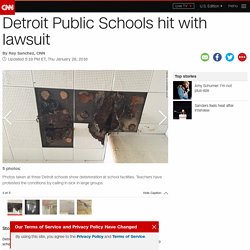 It asks the court to order immediate repairs for conditions that are relegating "children to spend their young lives in deplorable surroundings" and requests the creation of a capital plan to bring schools up to standard. "Teachers are working their hearts and souls out," said Randi Weingarten, president of the 1.6 million-member American Federation of Teachers. How bad are conditions in Detroit public schools? This appalling. Detroit public school teachers are staging "sick-outs. 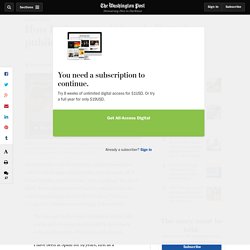 " Here is what you need to know about the school conditions that they say make it difficult to do their jobs. (Claritza Jimenez/The Washington Post) Great Recession leaves Michigan poorer, Census numbers show. AP File PhotoGreat Recession effects: Falling home values, along with a drop in car ownership and working hours, hit Michigan residents hard from 2006-10. 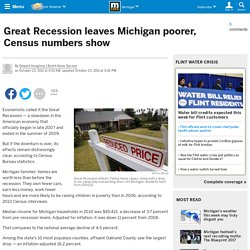 Economists called it the Great Recession — a slowdown in the American economy that officially began in late 2007 and ended in the summer of 2009. But if the downturn is over, its effects remain distressingly clear, according to Census Bureau statistics. Michigan families’ homes are worth less than before the recession. They own fewer cars, earn less money, work fewer hours and are more likely to be raising children in poverty than in 2006, according to 2010 Census interviews. Incomplete: Michigan’s grade on charter school reform. One of my favorite stories about the lunacy that Michigan indulges with regard to charter schools comes, of course, from Detroit. 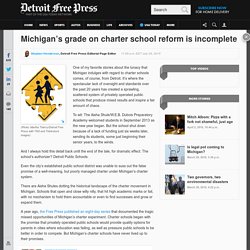 It’s where the spectacular lack of oversight and standards over the past 20 years has created a sprawling, scattered system of privately operated public schools that produce mixed results and inspire a fair amount of chaos. To wit: The Aisha Shule/W.E.B. Dubois Preparatory Academy welcomed students in September 2013 as the new year began. But the school shut down because of a lack of funding just six weeks later, sending its students, some just beginning their senior years, to the winds.

And I always hold this detail back until the end of the tale, for dramatic effect: The school’s authorizer? 2 Detroit charter high schools set tough new graduation requirements. Students at two Detroit high schools will become the first in Detroit, and likely among few in the nation, to be required to take advanced placement courses and be accepted to at least two post-secondary institutions in order to get their diploma. 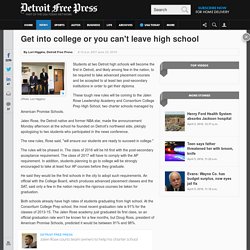 These tough new rules will be coming to the Jalen Rose Leadership Academy and Consortium College Prep High School, two charter schools managed by American Promise Schools. Jalen Rose, the Detroit native and former NBA star, made the announcement Monday afternoon at the school he founded on Detroit's northwest side, jokingly apologizing to two students who participated in the news conference.

The new rules, Rose said, "will ensure our students are ready to succeed in college. " The rules will be phased in. The class of 2016 will be hit first with the post-secondary acceptance requirement. He said they would be the first schools in the city to adopt such requirements. Detroit Public School Statistics. NAEP Achievement Levels: Detroit’s public schools post worst scores on record in national assessment • Basic denotes partial mastery of prerequisite knowledge and skills that are fundamental for proficient work at each grade. • Proficient represents solid academic performance. 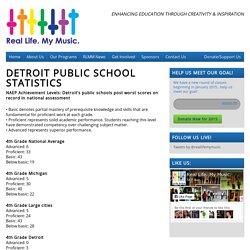 "We have seen a steady and impressive increase in graduation rates since 2011, when the more rigorous Michigan Merit Curriculum requirements took full effect," Thomas Howell, director of the Michigan Center for Educational Performance and Information, said in a statement. CEPI reported that graduation rates rose from 2012-13 to 2013-14 in all 10 of the districts with the biggest graduating classes, including Detroit Public Schools, which rose from 64.55 percent to 71.05 percent.